Home · Article · Young Pastor, Your Ministry Heroes May Be Right There in Your Church

Young Pastor, Your Ministry Heroes May Be Right There in Your Church

We should all be Timothy and Paul. That is the Kingdom of God. Disciples making disciples and the faithful learning from the faithful.

My windshield wipers were coated in ice, but I saw a tractor scraping the parking lot of Poplar Grove Baptist Church. The man perched atop the tractor, Billy Hearne—in his torn jacket and worn gloves—was waving me on.

I chose the word “would” instead of “could” because, one way or another, around 60 saints would gather at Poplar Grove that Sunday and they would have a place to park.

My grandfather, or as his grandchildren call him “Graddy” (A two-year old’s shortened version of Grandaddy) has always been a model of faithfulness.

But this time it struck me differently because the times are different.

Pessimism could summarize the attitudes of many Christians, including myself, for the past year. But seeing a snowless parking lot, at the church in which I was saved reminded me that Jesus’s bride will prevail. Not because of international ministries and Christian “celebrities,” but through the faith and simple obedience of God’s people. Faithfulness being modeled and handed down from generation to generation.

Plenty of writings have circulated in recent weeks lamenting and condemning the abuses of Ravi Zacharias. His eulogies depicted half the story. And a half truth is a whole lie. RZIM may have strengthened the faith of a generation, but Ravi was a predator. His legacy is one of deception and sin—no matter how successful his reach may have been.

So, what does Ravi have to do with Billy?

Both taught me information. But I only learned faithfulness from one. I never met Ravi. He never sought to be my mentor. Billy did.

It is all too easy for us to be discipled by people not attempting to disciple us. While not all influential Christians end up like Ravi, he is an example of the danger that comes when discipleship only goes one way. Modeling godliness, a theme woven throughout the Old and New Testaments, disappears when we prefer platforms over people. It is definitional to discipleship that we know those who disciple us and for discipleship to be an intentional act.

It is devastating to think about the Christians worldwide who saw Ravi, or any fallen leader, as their primary exemplar of faithfulness. How do you respond when your heroes fall? If one is in a local church and personally knows their heroes, a fall still feels like betrayal. But there remains a great cloud of faithful (but obscure) witnesses like Billy who are worthy of imitation. Who are we imitating?

D. A Carson asks “Do you ever say to a young Christian, ‘Do you want to know what Christianity is like? Watch me!’ If you never do, you are unbiblical.”

This should encourage Christians to lead by example. But do we learn from example?

I love seminary. I love sitting in classrooms and I love being on campus talking to others who are zealous for discussing the deep things of God. But if there’s a fatal flaw of seminary students, it would be that we automatically assume we are—or will be—the most faithful members of our churches with little to learn, that we will be the ones leading by example—not learning from example.

Paul commands Timothy to be a model of faithfulness. Timothy is to wage the good warfare (1 Tim. 1:18), to entrust the gospel to faithful men (2 Tim. 2:2). He is to remind his congregation not to quarrel, and Paul calls the young pastor to present himself as one approved, “rightly handling the word of truth” (2 Tim. 2:14-15).

The impression we may get of Timothy is that he is the go-to guy. How many times do we take the phrase “let no one despise you for you youth, but set the believers an example in speech in conduct, in love, in faith, in purity” to be our commission to ride in as the young pastor who has nothing to learn and everything to teach?

Of course, no one would admit we don’t have things to learn. But are we modeling faithfulness as people who are still learning faithfulness? Timothy did. “I am reminded of your sincere faith, a faith that dwelt first in your grandmother Lois and your mother Eunice and now, I am sure, dwells in you as well” (2 Tim 1:5).

Paul says, “you have followed my teaching, my conduct, my aim in life, my faith, my patience, my love, my steadfastness, my persecutions and sufferings” (2 Tim. 10-11).

Timothy did not see himself as an imitator with no one left to imitate.

The early shutdowns of Covid 19 prompted serious discussions about ecclesiology. In the beginning weeks of quarantine—when our services were virtual—we never considered linking our congregation to the latest Allister Begg or an old Steven Lawson sermon. Why?

I’m sure Brent (my pastor) would humbly mock the idea of me comparing him to Begg and Lawson. But I’m not making the comparison based on skills and content. Rather, Brent is called by God to be an example to our congregation and has an intimate knowledge of what our people need.

It’s an amazing day to be an evangelical Christian. Opportunities for deep growth in our knowledge of the things of God abound; with a couple clicks, we can access biblical exposition from the greatest teachers in the world. There’s a strong temptation to spend the Lord’s Day learning the Word from our heroes at a distance.

But there is a warning for us. Our favorite online preachers are not our pastors. We can glean wisdom from them and see them as examples of faithfulness. But they’re not our primary models to imitate and God has not called them to shepherd us.

So while I’ll continue to learn information from various teachers around the world, I want to imitate Brent. I also want to imitate Billy. Brent and Billy know me. They know my family and are invested, not only in my learning, but in my well-being.

If I was Timothy, that would make Brent and Billy Paul. But Brent is also Timothy. Making people like Billy a parallel to Paul. Yet, to my students and the families I minister to, I’m still like Paul.

We should all be Timothy and Paul. That is the Kingdom of God. Disciples making disciples and the faithful learning from the faithful. 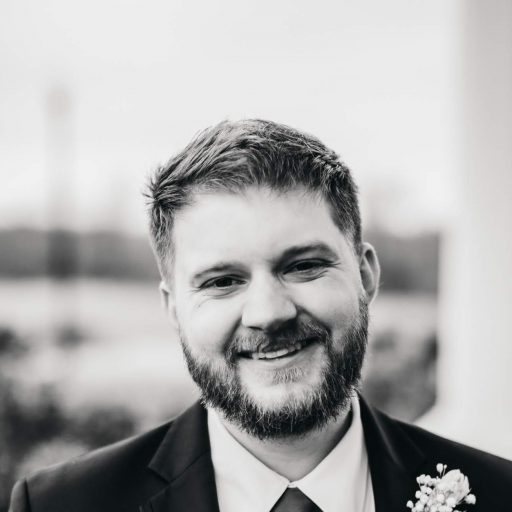 Travis Hearne (M.Div., SBTS) is a Phd Student at SBTS and the Family Minister of Living Hope Baptist Church in Fort Thomas, Ky. He has been married to Jordan since December 2018.