In the past few weeks and months, ancient biblical texts have made their way into major news outlets. Recently, National Geographic revealed that all of the newly discovered “Dead Sea Scrolls” in the Museum of the Bible’s collection are forgeries. On the New Testament side, there was much made of a sensational “First-Century Mark Fragment” which was sold to Hobby Lobby that was later shown not to be from the first century, although it will remain an important fragment and witness of Mark. The Museum of the Bible has acknowledged the forgeries of the Dead Sea Scrolls.

Indeed, these events of recent months have provided fodder for some to question who owns the Bible. In all of the sensationalism about the “finding” of new Dead Sea Scrolls and first-century Gospel fragments and the subsequent overturning of these “discoveries,” some may wonder whether we have the enduring Word and the truth of the Gospel contained therein.

Around Christmas and Easter, it seems almost commonplace to read or hear something that casts doubt on the reliability of the Bible. For Easter, therefore, I want to focus on three textual problems in Isaiah 52:13–53:12 or what is called Isaiah’s “Fourth Servant Song” (the other three are 42:1–4, 49:1–6, and 50:4–9) to show that this text teaches and predicts the vicarious death, burial, and resurrection of the Servant, three key pillars to the gospel of Christ and the Christian’s own justification (Romans 4:24–25). In three places, textual critics, commentators, and some translations chose different readings than the ones in our received text, i.e. the Masoretic Text, which is the base text of our Old Testament English translations. Let’s look at each in turn for edification from a very significant and familiar passage, even if at times we have to dig deeper to recover its original readings.

At end of Isaiah 53:8, our major English translations have: “for the transgression of my people he was punished” (NIV) or “stricken for the transgression of my people” (ESV). In each case, the translation has not actually rendered the base text (נֶגַע לָמוֹ nega’ lamô “a strike was to them”) but has actually rendered a noun as a verb and omitted an equivalent for the prepositional phrase with a plural pronoun “to them.”

Many commentators find this reading too difficult and our translations have glossed over the difficulties in the actual text. But one need not despair. Many textual critics and commentators have discerned that the original text has been preserved in the Septuagint or the Greek translation of the Hebrew scriptures, since that version has εἰς θάνατον “to death,” which probably translated a Hebrew text having לַמָּוֶת lammaweth “to death.” There is only one letter (ת) difference between this reading and the received text, and it is probable that the Greek translation suggests a different and more original Hebrew text yielding the meaning: “He was cut off from the land of the living, because of the transgression of my people he was stricken to death.”

Thus, the prophecy of Isaiah 53:8 originally predicted that the Servant would be stricken to death. He would die vicariously for his people’s transgressions, and the New Testament authors appear to have read accordingly the Song in relation to Jesus Christ’s work on the cross. In 1 Corinthians 15:3, Paul notes that Christ died for our sins according to the Scriptures. There is no Old Testament passage that details this substitutionary death more than Isaiah 53.

Where was the Servant Buried? Or How to Read Isaiah 53:9?

In Isaiah 53:9, several of our English translations have: “And they made his grave with the wicked and with a rich man in his death” (ESV; cp. NIV). But the NRSV along with several others has: “They made his grave with the wicked and his tomb with the rich.” The received text has בְּמֹתָיו bəmōthayw “in his deaths,” which the later Greek, Syriac, and Latin versions all simplified to “in his death,” and some of our modern English translations followed suit. But the text is better preserved in 1QIsaa (i.e. the Great Isaiah Scroll) which has the reading בומתו bômtô (from בֹּ֫מֶת bōmeth) “his hill” or “his tomb.”

Therefore, with most commentators and translations, Isaiah 53:9 predicted that the Servant’s body would be laid in a tomb. It was no minor detail to the gospel writers to record that Jesus’ body be buried in a tomb, and Matthew even highlights that Joseph of Arimathea was a rich man (cf. Matt 27:57ff).

In Isaiah 53:11, a few of our English translations have the following text with a footnote: “Out of the anguish of his soul he shall see and be satisfied.” The footnote to the reading in the ESV says, “Masoretic Text; Dead Sea Scroll he shall see light.” The ESV translates the received text יִרְאֶה yir’eh “he will see.” But most English translations read against the received text and with three Dead Sea Scrolls (1QIsaa 1QIsab 4QIsad) and the Hebrew text of the Greek translator, all of which preserve the word “light” for what the Servant sees יראה אור yir’eh ’ôr “he will see light.” Most textual critics and English translators have adopted the reading found in the Dead Sea Scrolls and the Septuagint, and therefore, have something like: “After his anguish, he will see light and be satisfied” (CSB). The received text probably omitted accidentally the word “light” because the word “will see” in Hebrew is similar to it and the omission can be explained as accidental.

The metaphor “to see light” refers to having life. In Job 3:16, Job asks why he was not hidden like a miscarried child or like infants who did not see light. In Job 33:28, 30, Elihu envisions God as the one who redeems one’s soul from the pit and one’s life then can see light. In Isaiah 53, the servant died vicariously and was buried in a tomb. In Isaiah 53:11, “seeing light” refers to the resurrection of the Servant from the dead because of his work. He will see light and be satisfied in his knowledge, that is, his obedience in covenant relationship with the Lord. As a result, the Lord’s righteous Servant will now justify the many. The resurrection shows the vindication of the servant and becomes the ground for the justification of the many.

This logic appears to be Paul’s own in Romans 4:24–25 where he interprets Christ’s death for our transgressions and his resurrection for our justification.

The gospel of Christ’s death, burial, and resurrection was clearly predicted and anticipated in Isaiah 53. But the received text has obscured these details with copyist errors and theological changes. In 53:8, the received text’s “to them” resulted accidentally from a lost letter which the Greek translator suggests should be restored as “to death”; in 53:9, the received text appears to have pluralized the servant’s “deaths” for some theological reason; and in 53:11, the received text has dropped “light” thus obscuring the servant’s seeing “light” or his resurrection. In each case, the original wording has been preserved clearly in other textual witnesses and these readings appears to be confirmed by the apostles’ reading of the Scriptures. For Easter, here are three applications from textual criticism:

In and around Easter, let’s not be swept away by sensational news stories and documentaries confirming and denying the Bible’s reliability and trustworthiness.

For many, this means reading your translation’s footnotes in the margins of your version. Let’s not fear variant readings, even when they occur in significant passages like Isaiah 53. In some cases, like the ones above, the “variant readings” are actually the original ones. And furthermore, delving into these readings often causes us to think about the interpretation of a given passage in a different but helpful light.

Isaiah 53 remains the chief Old Testament passage that predicts these events of the Servant of the LORD. In this season, may we continue to reflect on the suffering of the Servant for us and our sins even as we look to his resurrection as his vindication for suffering righteously and our justification. 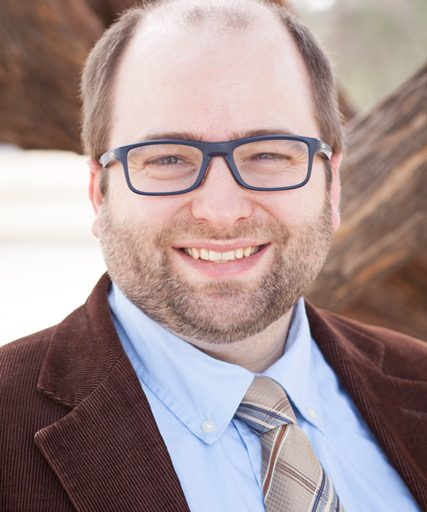 John D. Meade (M.Div., Ph.D., SBTS) is Associate Professor of Old Testament and Co-Director of the Text & Canon Institute at Phoenix Seminary. He is a coauthor of The Biblical Canon Lists from Early Christianity: Texts and Analysis (OUP, 2018) and has edited the materials for A Critical Edition of the Hexaplaric Fragments of Job 22-42 (Peeters, 2020). John is a member of Trinity Bible Church in Phoenix, where he and his wife, Annie, lead a community group and teach adult and children’s Sunday School classes. John blogs at the Evangelical Textual Criticism blog and you can also follow him on Twitter at @drjohnmeade.