By learning about the prophet of Islam, Christians will be better able to speak of our hope in Christ to Muslims around us.

As a Christian growing up in Egypt, many of my neighbors and classmates were named “Muhammad.” From an early age, I learned the significance of that name—the name of their prophet—to the Muslims around me. Muslims cherish, love, and respect Muhammad. They also believe the use of his name brings blessing to their lives.

Now I live in America. And as more Muslims come to this country, I believe American Christians need to know more of what Muslims understand about their prophet. Here are nine things you should know about Muhammad.

1. Muhammad was probably a historical figure.

Muhammad was allegedly born in Mecca in AD 570 and died in Medina in AD 632. Many are skeptical of the information about his life because the Muslim accounts of it were documented about two centuries after his death. We have no eyewitness accounts. This is problematic, as we cannot fully trust the records about him. However, we have reason to believe Muhammad was a historical figure. Some Christians in the seventh century wrote about a preacher who appeared among the Arabs—but they identified him as a false prophet because he came with swords and chariots.

2. He was likely influenced by Christians.

Muslims believe Muhammad received his revelation directly from Allah through the angel Gabriel and became a prophet at the age of 40. They insist there was no human intervention in the process.

While Muslims insist Muhammad had no influence whatsoever from Christians, their history reveals differently.

However, the Muslim narrative itself reveals that when Muhammad was between 9 and 12, he met with a Christian monk in Syria. The monk told him Christian tales. Additionally, when Muhammad allegedly received his first divine revelation, he went to his wife’s cousin who was also a Christian and an expert in the Hebrew Bible. Thus, while Muslims insist Muhammad had no influence whatsoever from Christians, their history reveals differently.

For Muslims, Muhammad is Allah’s final prophet, the last and best in a chain of thousands of prophets (which include prophets from the Bible). Muslims view him as the only perfect man who ever lived. While historical accounts may shed doubt on this idealistic picture—as one can identify questionable deeds and problematic teachings—Muslims still revere Muhammad and believe he was infallible.

4. He lived in Mecca and Medina.

Muhammad lived in Mecca for 53 years, then in Medina for 10. After allegedly becoming a prophet in Mecca, he lived there for about 13 years, trying to preach his religious message. But it failed to gain traction. People mocked and persecuted him and his handful of followers. After years of failure and intense pressure, he took his few followers and emigrated to Medina where he lived the last decade of his life. At Medina, he was able to consolidate his power and accumulate resources. There, he became a commander and statesman.

5. He launched raids against many non-Muslims.

After being weak and vulnerable in Mecca, Muhammad became a strong military leader in Medina. Muslim sources reveal that he launched dozens of military raids against various groups, including polytheists, Jews, and Christians. Through these raids, Muhammad became so powerful as an Arab tribal leader that many tribes submitted to him and thus declared their conversion to Islam. The word islam itself means “submission” and “surrender.”

The Qur’an insists that Muhammad’s only miracle is the Qur’an itself. Allah sent Muhammad merely to warn. Since people in past generations didn’t believe through miracles, says Allah, then the only miracle given to Muhammad was the Qur’an, and it was sufficient.

The only miracle given to Muhammad was the Qur’an, and it was sufficient.

However, later generations of Muslims, after their interactions with Jews and Christians, felt the need to generate stories about Muhammad’s miracles. If Moses and Jesus both performed miracles, the logic goes, then Muhammad, too, must have done the same—even though this contradicts Islam’s scripture.

7. He had multiple wives and concubines.

Muhammad married many wives. The exact number is disputed, but he had somewhere between 9 and 12. He also had many concubines and female slaves. Muslims say he married these women to take care of them after they lost their husbands. Others believe these marriages were for economic and political reasons. Among the wives, a few are notable: Khadija was the wealthiest. Sawda was the oldest. Aisha was the youngest—he married her when she was six and consummated the marriage when she was nine. Zaynab was his adopted son’s wife, but Allah later revoked that adoption, allowing Muhammad to marry her. Safiyya was a Jewish woman who married Muhammad after he raided her tribe and killed her
husband.

8. He died of poisoning.

Muslim sources reveal that Muhammad did not die naturally; he was poisoned. Sunni Muslims accuse a Jewish woman of poisoning Muhammad. Meanwhile, some Shiites argue that two of Muhammad’s wives conspired to kill him and prepare the way for their fathers to succeed him in ruling over the Arabs. Since the story of poisoning a prophet sheds doubts on divine protection, many Muslims claim the stories in the Muslim sources are forgeries and that Muhammad died of natural causes.

Muslim sources also reveal that Muhammad died in his home in Medina and was buried. Up to the present day, Muslims believe that his tomb is what blesses Medina. They seek to visit the city to be blessed. The name “Medina” means “The City” (i.e., the blessed city of Muhammad).

Of course, there’s much more to say about Muhammad’s life and teachings. But Christians should be aware of these basic facts as they interact with Muslim friends, neighbors, and coworkers. For those who would like to know more, I’ve written A Concise Guide to the Life of Muhammad. By learning about the prophet of Islam, Christians will be better able to speak of our hope in Christ to Muslims around us. 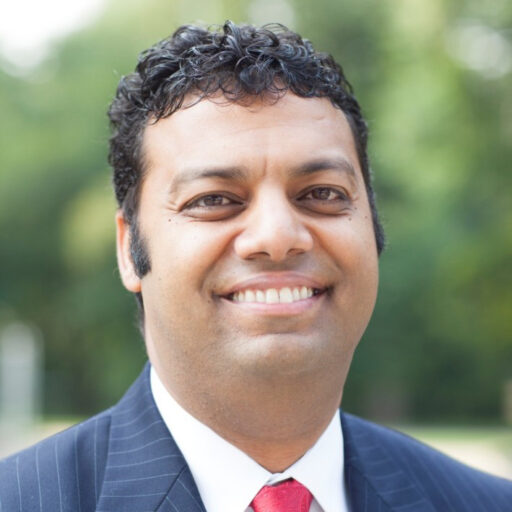