Home · Article · The ministry goal no one talks about

The ministry goal no one talks about

I seriously doubt that I will ever see someone else complete the exposition of the New Testament in such a thorough way to one local church ever again. But I hope you’d consider making it your goal.

On Sunday, May 31, I wondered, “Will I ever see this again?” That day my pastor stood in front of me heralding the ascended Christ of Luke 24, completing our years–long study of the Gospel of Luke. Of course, it is not too far–fetched to say I’ll be around to see someone else complete the exposition of Luke’s Gospel.

When he finished Luke 24, our pastor didn’t merely complete that book, he finished preaching through all 27 books of the New Testament.

I did the math and reflected on this question, “Do I even have enough years left to do that myself?” But what seems even more unattainable—what I’m fairly confident I’ll never see again—is another man preaching through the entire New Testament from the same pulpit to the same body of believers. South Woods Baptist Church heard Dr. Phil Newton preach all 27 books.

What happened May 31 is not only something I’ll probably never see again, it’s a ministry goal almost no one talks about. However, having occupied a front–row seat for the past 13 years of this accomplishment, I’d like to examine both the labor and the fruit.

1. He preached the entire New Testament

Week after week, year after year, Phil didn’t succumb to the pressure of standing up and proclaiming something he’d studied years prior. He didn’t merely preach the easier books, nor did he skip particularly hard passages. Instead, pastor Phil tackled the next text, sacrificially studying it for the good of God’s people. From Matthew to Revelation, chapter by chapter, he dug into the Scriptures and taught what we believe to be the revelation of God himself. He declared the whole counsel of God.

Does this mean he didn’t preach the Old Testament? Of course not. I’ve heard him preach dozens of psalms. And based on a quick look on the church website, he’s preached from beginning to end Genesis, Ecclesiastes, Nehemiah, Ezra, Esther, 1 Samuel, Judges, Hosea, Zechariah, and Malachi.

2. He preached all the NT thoroughly

The Gospel of Luke—the New Testament’s longest book—took approximately 27 months to complete. While I don’t think the book of Romans should take 12 years, neither can it be done justice in 12 weeks. Throughout the entirety of the New Testament, Phil didn’t merely skim the surface, he thoroughly mined truths for the good of God’s people.

I often walked into his office on a Tuesday or Wednesday and saw his Greek New Testament open. Beside it would be a piece of paper where he had personally translated that week’s text. Over the years, I’ve also borrowed dozens and dozens of New Testament commentaries from him. It hasn’t mattered which book I grabbed, commentary after commentary exposed Phil’s pencil underlines or exegetical thoughts scribbled in the margin. He studies the Scriptures thoroughly.

Because his study is thorough, his expositions are as well. During the recent quarantine, a small number of us would show up on Saturday night to help record a worship service for the Lord’s Day. I’d sit nearly alone and hear Phil preach to a camera. Then, less than 18 hours later on Sunday morning, I’d gather with my family and listen to the sermon. Time after time, I’d think, “How did I miss that last night?” He not only taught the Word, he preached it in such a way that multiple passes through the same sermon would bring new insight into the text.

3. He preached all the NT thoroughly to one local church

Most of my friends are in their first five to ten years of ministry at a particular local church. I’m often reminded of the particular difficulties that come with that territory. Immature believers, conflict over inconsequential matters, and the endless minutiae of “ministry” that seems far from the emphases of the New Testament often occupy a pastor’s time. However, neither to brag, nor to minimize the particular challenges that our local church faces, we no longer face many of those issues at South Woods.

So, what do I tell my friends to help them endure those early years at a church? I often say something like this: “It’s impossible to quantify the effect of the faithful exposition of God’s Word over the span of 30–plus years in one church.”

Even when South Woods faced some major difficulties in its early years, Phil stood up and preached the next text, and then he did it again and again. I doubt that any particular week or sermon did the job of reformation on its own, but the consistent accumulation of biblical teaching in the life of a church grows and matures a body.

Paul’s goal, according Colossians, was to present everyone mature in Christ (Col. 1:28). That was his aim. What were his means? We observe some of it when he departed from the church at Ephesus in Acts 20, telling that church’s elders, “I did not shrink from declaring to you the whole counsel of God . . . for three years I did not cease night or day to admonish every one with tears.”

That Sunday morning in May, after Phil completed the final book of the New Testament, I stood up to give the benediction. After I said “amen,” as the congregation started to exit, I looked over and saw something I’ve seen only a handful of times. I’ve seen it in the worst of counseling cases, a few times when someone in the body suffered tremendous tragedy, and when Phil’s family was hurting. However, I don’t think I’ve ever seen it after a sermon. Phil sat in his seat, emotionally overwhelmed by the moment, and on the verge of tears. He’s poured himself out for South Woods Baptist Church in Memphis, Tennessee. We all know it. I think he grasped something of it that morning too.

I seriously doubt that I will ever see someone else complete the exposition of the New Testament in such a thorough way to one local church ever again. But I hope you’d consider making it your goal. 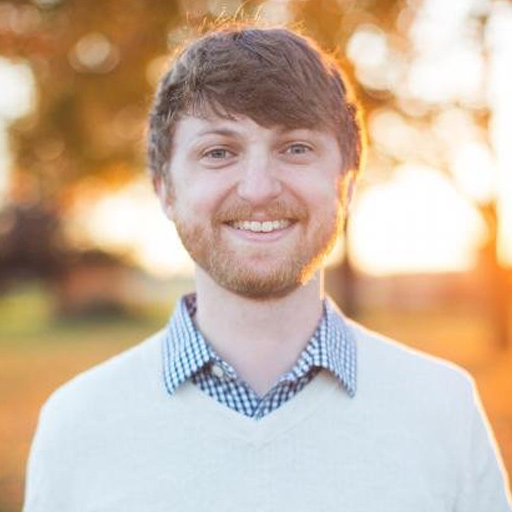 Matt Sliger (Ph.D, Southeastern Baptist Theological Seminary) serves as the associate pastor at South Woods Baptist Church in Memphis, Tennessee, the church that mentored him as a newlywed seminary student more than a decade ago. He also teaches at Bethlehem College and Seminary’s Memphis extension. Matt and his wife, Julie, have three children