Pastors should not be sheepish or shy about talking about religious liberty, but should instead be bold in shaping the witness of those entrusted to their spiritual care.

Religious liberty is frequently in the news. Most Christians are (rightly) concerned about the increasing encroachment on Christian faith and practice. But pastors are sometimes uneasy about discussing religious liberty with their congregations and friends. For some, it seems antithetical to a gospel that calls us to lay down our rights for Christ’s sake. And yet, fighting for religious liberty today, in a gracious but firm manner, helps the gospel advance tomorrow.

So while pastors should be careful to never inject partisanship into the pulpit and should always focus on the biblical text, there is a place for helping God’s people think through this crucial, controversial issue.

Jesus’ time on earth came in an entirely different context than present-day America. His audience did not have the ability to shape the government as citizens of a representative democracy like us. Still, his ministry was not without references to the kingdoms of man and the Kingdom of God. In fact, you might say that Jesus’ preaching of the Kingdom was, at least in part, a repudiation of the Roman powers and their worship of Caesar. Jesus’ followers swore allegiance not to the man in Rome, but to the God-man whose reign was inaugurated at Jesus’ first advent.

What’s more, Jesus explicitly delineated the separation of powers. When queried about the Roman tribute, Jesus held up a coin with Caesar’s image and said, “Render to Caesar what is Caesar’s, and to God what is God’s.” In other words, Caesar has certain rights over citizens, such as collecting taxes and enforcing laws, but there are certain rights that are not Caesar’s to have.

God’s people were not created in the image of the Roman ruler, but in the image of their Creator. Caesar, in other words, is not lord of the conscience, despite what he says. Only God is. Jesus similarly asserted his power over the rulers when he rebuked the Roman prefect, Pontus Pilate. Pilate, puzzled by Jesus’s silence at his own trial, asked him, “Do you not know that I have authority to release you and authority to crucify you?” to which Jesus replied, “You would have no authority over me at all unless it had been given you from above” (John 19:10-11).

God’s people should pray earnestly and work diligently for religious liberty because this freedom allows space for the Church to do its best work.

Pastors today need to especially combat the idea that Jesus was a shrinking violet who never challenged the earthly powers. Even at his trial, Jesus appealed to his rights under Roman law (John 18:23).

2. Paul spoke up when his own rights were violated.

Like Jesus, Paul wasn’t afforded the privilege of living in a representative democracy like America. Still, he wasn’t shy about asserting his rights as a Roman citizen (Acts 21:3-5). Paul leveraged his citizenship to gain a hearing before Caesar. He was willing to suffer and die for the sake of the gospel and was humble in his posture toward authorities, but Paul was not afraid to speak up and use legal recourse.

Christians in America not only should be unafraid to winsomely but firmly assert their legal rights, we, more than Paul, are given an opportunity to actually shape the laws of the land. We can vote, we can speak out freely, and we can use the courts. In many ways we are not just citizens, we are Caesar and hold the law in our hands.

Of course, Christians must not be tempted by power or seduced by the charms of political parties or movements. But rather than shrinking back, we should leverage our influence with wisdom and grace in the public square, knowing that religious liberty doesn’t just contribute to our own human flourishing and gospel advance; it gives freedom to other faiths and ensures a public square where arguments can be heard and individual choices of conscience can be made.

Paul urged his young protégé, Timothy, to pray for religious liberty in 1 Timothy 2:2: “Pray for kings and all those who are in authority, so that we may lead a tranquil and quiet life in all godliness and dignity.”

If you are a student of Bible history, you’ll know that this prayer did not come during a time of religious freedom, but of increasing persecution of the Church. Christians were mostly ostracized, marginalized, and targeted for execution. And yet Paul told them to pray for the government to allow space for faithful Christian witness.

It’s a well-worn maxim that the Church grows best when under persecution, inspired by Tertullian’s famous statement: “The blood of the martyrs is the seed of the Church.” God has used persecution to advance the gospel, but nowhere in Scripture are Christians instructed to pray for persecution. Here, Paul ties religious liberty to gospel advance.

God’s people should pray earnestly and work diligently for religious liberty because this freedom allows space for the church to do its best work. Freedom and prosperity can lead to a stagnant and sinful church (Revelation 1), but it can also be the catalyst for a worldwide missions movement. Christians should be content to live, work, and even suffer in whatever environment we are called, but we should not hesitate to steward our influence to shape a more favorable environment.

Pastors should not be sheepish or shy about talking about religious liberty, but should instead be bold in shaping the witness of those entrusted to their spiritual care. 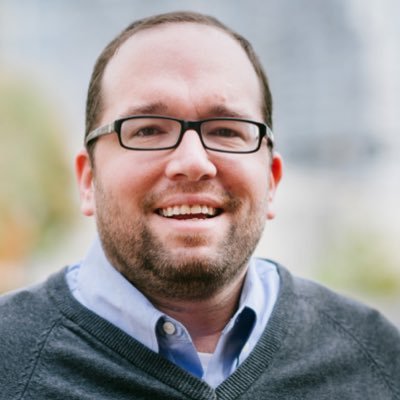