Home · Article · Elizabeth the Faithful: A Brief Reflection on the Queen

Elizabeth the Faithful: A Brief Reflection on the Queen

Perusing some of the comments about her going home to her God and her King on Facebook, one stood out to me especially. It was the epithet noted by the Revd. Dr. Lee Gatiss, the Director of the Anglican Church Society: Elizabeth the Faithful. This epithet well captures her praiseworthy devotion to serving her people as their Queen to the very end of her life. She was true to the vow she had made to her people even before she became Queen: “I declare before you all that my whole life whether it be long or short shall be devoted to your service and the service of our great imperial family to which we all belong.” [1] 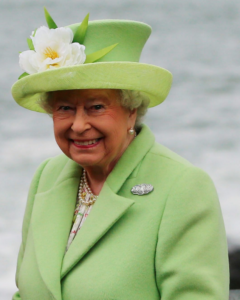 When her father, George VI, died in 1952, Martyn Lloyd-Jones preached a sermon about the momentous occasion on the following Sunday, February 10. He took as his text, Romans 13:7, and made the prescient comment towards the close of what is a remarkable sermon:

There is nothing more important, at this particular stage in our history, with regard to our constitutional monarchy, than character. Never was the character of the Occupant of the Throne more important. … Character counts as it have never done before. Let us therefore pray that our new Queen may always be conscious of this, and that she may regard as the most important in her life, the Christian life, and herself as an example of it to the whole nation. [2]

Lloyd-Jones’ prayer for our Queen was more than abundantly answered, for her commitment to following the Lord Jesus Christ was crystal-clear, especially in her widely-broadcast, beloved Christmas messages. In 2016, for instance, she stated:

At Christmas, our attention is drawn to the birth of a baby some two thousand years ago. It was the humblest of beginnings, and his parents, Joseph and Mary, did not think they were important.

Jesus Christ lived obscurely for most of his life, and never travelled far. He was maligned and rejected by many, though he had done no wrong. And yet, billions of people now follow his teaching and find in him the guiding light for their lives. I am one of them … [3] 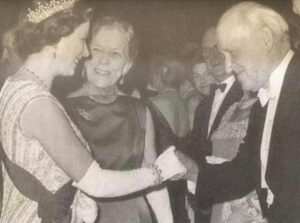 One of the most remarkable acts of her reign as Queen, and one that well displays her Christian kindness, took place fairly recently when she visited the Republic of Ireland in May of 2011. The last visit of a reigning monarch to the south of Ireland had been in 1911, when her grandfather George V (r.1910–1936) had visited Dublin in May of 1911, a century earlier. That century had witnessed a multitude of acts of violence in the British Isles and Ireland that had poisoned the relationship between the British and the Irish in this archipelago.

When the Queen flew to Ireland, she chose to wear a green overcoat and matching hat. And at a state dinner, when she rose to speak, she wowed her hearers with some opening remarks in Gaelic. When she had finished speaking, historian Robert Lacey noted, the whole room stood and applauded with “sustained, heartfelt appreciation of the bridge that the Queen had herself built” between the British and the Irish that night. Later in the tour, she visited the National Garden of Remembrance that commemorated those Irish men and women who had died fighting the British in the War of Independence (1919–1921) and with a simple bow of the head in sincere sorrow, she won over the hearts of many in Ireland. [4]

St. Paul reminds us that all Christians, as ambassadors for Christ, are entrusted with the ministry of reconciliation. Spreading God’s word and the onerous but rewarding task of peace-making and conflict resolution are important parts of that ministry. [5]

I close with a collect that is a fitting conclusion to this small reflection:

O Jesus Christ our Saviour,
Lord of lords and King of kings,
we thank you for our Late Sovereign Lady,
your servant Elizabeth, our Queen,
who is now with you in heaven;
grant, in your tender mercy,
comfort to those who mourn her death,
strength and wisdom to our King,
and blessing upon our whole nation,
that upheld by your grace,
and trusting in your goodness,
we may know your power to save,
for we pray all these things in your precious name,
Amen. 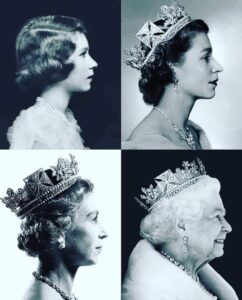 3. For the full transcript, see Elizabeth II, “The Queen’s speech in full: ‘We can do small things with great love’,” The Guardian https://www.theguardian.com/uk-news/2016/dec/25/the-queens-speech-christmas-day-full-transcript-elizabeth accessed September 9, 2022).

5. Elizabeth II, “A speech by The Queen at the Inauguration of the General Synod, 2015” (https://www.royal.uk/queens-speech-inauguration-tenth-general-synod-24-november-2015; accessed September 9, 2020).