Home · Article · Do Inconsistencies in the Gospels Undermine Scripture’s Inerrancy?

Do Inconsistencies in the Gospels Undermine Scripture’s Inerrancy?

If you’re a skeptical reader of Scripture, be honest about your questions. Pray about the concern, study the text carefully, and pose questions to a trusted source.

We know the words of Scripture were written or recited by human prophets or apostles, but were they also the exact words God wanted written down?

Yes. If you look at the book of Hebrews, the author will refer to Psalm 95, for example, and apply two authors to the psalm. We first read “David said,” then later “the Holy Spirit said.” Both are true. Hebrews accents the dual authorship, or concurrent authorship, of Scripture.

Because God is the perfect truth-teller, he cannot lie. Everything Scripture affirms is completely true. While Christians acknowledge this truth, we also understand that if you were to put the four Gospels side-by-side, you would find some surface-level incongruities. A perceptive reader might ask, “Well, what’s going on here? Did this happen this way or that way?”

But this seeming incongruity is what we’d expect of any historical retelling of an event by different eyewitnesses. Every eyewitness account will involve summarizing, partial reporting, paraphrasing, or rearranging of the material chronologically. In Matthew, Mark, Luke, and John, we find exactly this type of eyewitness testimony.

First-century church figure Papias of Hierapolis provides insight into the origins of the Gospels. He recounts, for example, that Mark wrote in his Gospel what he heard Peter preach. Mark was not a follower of Jesus during his earthly ministry; however, Papias said Mark recorded everything Peter preached, just not in chronological order. The notable lack of chronological order is significant: the earliest generation of Christians recognized that the Gospels weren’t intended to be strictly chronological. Therefore, when modern readers assume the Gospels are strictly chronological, they perceive “mistakes” in the Gospel accounts. But these readers are asking something of the Gospels the inspired authors never intended to give.

Compare, for example, the temptation narratives in Luke 4 and Matthew 4. The same temptations are presented in both, but in Matthew the final temptation occurs with Satan offering the kingdoms of the world on a high mountain, whereas Luke ends the with Satan tempting Jesus to jump from the pinnacle of the temple. By choosing two different presentations, the Gospel writers are emphasizing different facts. Matthew employs mountains as a prominent motif; his Gospel recounts the Sermon on the Mount in chapters 5–7 and ends on a mountaintop with Jesus saying, “Go make disciples of all nations.” So Matthew also presents the final temptation on a mountain.

On the other hand, because Luke is concerned with the temple’s relevance in light of its new-covenant fulfillment in Jesus, he makes Christ’s temple temptation the final temptation.

Matthew and Luke simply emphasize different aspects of Jesus’s temptation. Neither Gospel claims chronological specificity for its reporting, and so modern readers shouldn’t demand something the inspired authors didn’t intend to give.

A while back the battery in my wife’s minivan gave out in the Walgreens parking lot. I took her my Corolla so she could go home with our three kids. I stayed with the minivan and waited on the repairman. Now, in recounting this event the next day, several things might happen. I could write an email and say, “My wife’s minivan broke down in the parking lot.” In talking to someone, I could say, “I’m sorry I couldn’t make the meeting; my car broke down yesterday.” To someone else I might explain, “My wife was driving the Corolla because her car broke down.”

Hundreds of years later, one might look at this account and think I was being deceptive. “Does his wife have a minivan or a car? Is it his car or her car, and which car broke down?” In colloquial English, “car” can designate any vehicle a family owns. Also, we’re married, so what belongs to me also belongs to her. My name is on her minivan’s title. Technically, the minivan belongs to me, but she drives it all the time.

When you look into the details of this story, there seems to be partial reporting or different emphases. But no one is being deceptive.

This illustrates why we have different details in the Gospels.

Notice the genealogy of Matthew versus the one in Luke. Matthew 1 and Luke 3 will include different names in the genealogy of Jesus, especially beginning with Joseph and the generations right after him. Christians during the earliest years of the church discussed these differences in detail.

Eusebius, a famous church historian who wrote in the early 300s, discusses various views, and seems to favor that of Julius Africanus. Julius was born around 160, and he cites testimony even earlier of people who visited Israel and conducted interviews with the physical descendants of Jesus’s half-brothers and -sisters. According to Africanus, the reason for this discrepancy in the genealogies is a Levirate marriage in the lineage of Joseph. The Old Testament law made provision for a widowed woman—a reality that seems strange to modern readers. If a husband died, his brother could marry the widow, and the children from that marriage would carry on the deceased brother’s name. This arrangement created both a legal and a biological lineage. Julius Africanus argues there is a discrepancy in the genealogies because one follows the legal lineage and one follows the biological lineage.

The genealogies in Matthew and Luke illustrate two things. First, this intricacy is what we should expect from the complexity of life. We shouldn’t be surprised to find surface-level discrepancies clarified by closer study. Second, early Christians didn’t hide these seeming incongruities; rather, they formulated possible solutions and weighed them on the scales of the reliability and authority of Scripture.

If you’re a skeptical reader of Scripture, be honest about your questions. Pray about the concern, study the text carefully, and pose questions to a trusted source. Don’t be afraid to ask honest questions of the text, and to seek help answering if you need it.

Remember: God is a loving heavenly Father. He’s not trying to trick you or hide things from you, but he hears when you call to him. He has given to us a reliable and trustworthy account of his revelation in history, preeminently in sending his Son to live a perfect life and to die in place of sinners like us.

Editors’ note: This article originally appeared at The Gospel Coalition and was adapted from a podcast at Southern Equip. 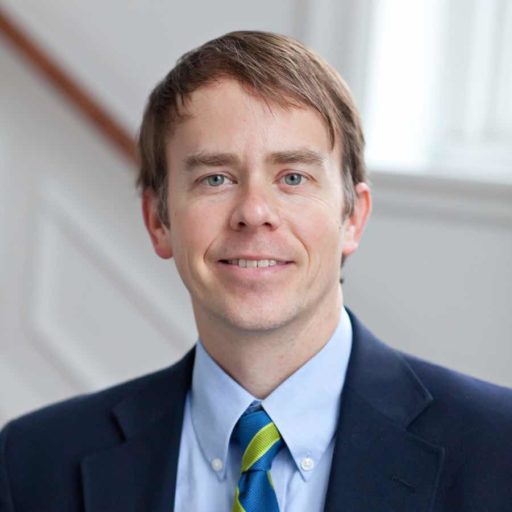 Robert L. Plummer is professor of New Testament Interpretation at The Southern Baptist Theological Seminary. He has served in missionary assignments of varying length in China, Israel, Trinidad, Ghana, Malaysia, and Turkey. Plummer has written 40 Questions About Interpreting the Bible(Kregel, 2010). Articles written by Plummer have appeared in Westminster Theological Journal, Journal of the Evangelical Theological Society, New Holman Bible Dictionary, The Southern Baptist Journal of Theology, and other publications. He is a member of the Evangelical Theological Society and the Institute for Biblical Research.