Home · Article · Can a Christian Believe in Evolution?

Can a Christian Believe in Evolution?

The church should stand firm in its enduring reading of Scripture’s account of divine creation and remain faithful to its historical position, praising God the Creator for his purposeful creation ex nihilo and of every specific kind of both nonliving and living things.

All of us are familiar with the term evolution. When I was a science major at the university, every subject that I studied — biology, botany, ecology, microbiology — was taught from the point of view of evolution. In this case, evolution is the “theory that all life originated from nonliving material and has developed according to natural selection and speciation as random mutations effect changes without purpose or design over billions of years” (Baker Compact Dictionary of Theological Terms, 76).

Think of elements like oxygen, hydrogen, nitrogen, and carbon coming together to form nonliving substances like air, water, and metals, as well as living beings like wood, grass, insects, birds, elephants, and human beings. At an imperceptible level, changes accidentally occurred — random mutations in DNA — that favored the survival of those things with slight innovations. As those distinct kinds — species — of plants and animals developed with survival advantages, they eventually produced all the diversity of nonliving and living things that now exist. Importantly, this entire process was undirected and purposeless, without God.

What Is Theistic Evolution?

To take one example, theistic evolution is “the view that God created matter and after that did not guide or intervene to cause any empirically detectable change in the natural behavior of matter until all living things had evolved by purely natural processes” (Theistic Evolution, 946). Thus, after God’s initial creative act to bring into existence a world apart from himself, he did not play an ongoing role in the evolutionary processes that he had put into effect.

According to a second version, represented by the organization BioLogos, theistic evolution is defined as the view that “God creates all living things through Christ, including human beings in his image, making use of intentionally designed, actively sustained natural processes that scientists today study as evolution” (“A Flawed Mirror”). Thus, God not only acted initially to create the world but continues an active involvement throughout the development of all that exists. He oversees the evolutionary processes like natural selection, speciation, and random mutations to ensure that they engender both nonliving and living beings in accordance with the divine design.

Does either version of theistic evolution fit with Scripture? To answer, we need to look at church history and historical Christian doctrine.

For most of its history, the church has believed that God created everything that exists ex nihilo (out of nothing). The church affirmed this doctrine based primarily on the opening verse of Scripture: “In the beginning, God created the heavens and the earth” (Genesis 1:1). God, who eternally exists as Father, Son, and Holy Spirit, purposed to and did create a universe distinct from himself.

Other passages add to the foundation of this belief. For example, the psalmist attributes creation to the word and breath of God: “By the word of the Lord the heavens were made, and by the breath of his mouth all their host. . . . For he spoke, and it came to be; he commanded, and it stood firm” (Psalm 33:6, 9). According to a traditional understanding of this passage, God the Father spoke the universe into existence through the Word (God the Son) and by his Breath (God the Holy Spirit). Creation was a mighty act of the triune God.

Furthermore, Scripture itself denies that God used preexisting materials when he created: “By faith we understand that the universe was created by the word of God, so that what is seen was not made out of things that are visible” (Hebrews 11:3). For example, God did not take two preexisting hydrogen (H) atoms and one oxygen (O) atom and fuse them into water (H2O). Rather, he created both hydrogen and oxygen atoms as well as the water. Divine creation was out of nothing!

In accordance with the rest of the creation account in Genesis 1, the church also has believed that God created every kind of thing that exists: light, water, air, soil, vegetation, the sun and the moon and the stars, sea creatures, winged birds, earth creatures, and, ultimately, human beings in the divine image.

Importantly, the church never countenanced the idea that all nonliving and living things came into existence and developed according to processes like natural selection, speciation, and random mutations. Indeed, the early church soundly denounced the “atomic” theory that everything that exists started out by the accidental collision of small elements (“atoms”) and then fortuitously developed by chance. Rather than embrace randomness, the church praised the Creator, as Origen did: “We Christians, however, who are devoted to the worship of the only God, who created these things, feel grateful for them to him who made them” (Against Celsus, 4.75).

It wasn’t until the nineteenth century that the church, faced with many attacks against the authority and truthfulness of Scripture, began to waver on its doctrine of creation. With the publication of Charles Darwin’s Origin of Species (1859), a new and all-encompassing worldview arose that denied creation ex nihilo, divine design and development of the many kinds of nonliving and living things, and the special creation of human beings in the divine image. This evolutionary worldview now dominates most sectors of our contemporary Western society. Tragically, it presents one of the fiercest challenges to biblical and historical Christianity today.

Put simply, the church has always affirmed the doctrine of creation as presented above. One of its earliest statements of faith — the Nicene-Constantinopolitan Creed (AD 381) — affirmed, “We believe in one God, the Father Almighty, maker of heaven and earth, and of all things visible and invisible.” In a later theological development, Thomas Aquinas “rejected the idea that the creation itself possesses the ability to create or develop other living realities.” He reasoned that only God, “as absolute being, possesses the power of creating, which is impossible for created things. His position stands against theistic evolution views that attribute creative power to matter and its development by purely natural processes” (Theistic Evolution, 935–936). Similarly, Protestant theology continued to affirm the traditional doctrine of creation.

Accordingly, Christians who embrace theistic evolution, in addition to being at odds with the biblical account of creation, place themselves outside of the historical position of the church. While believing that God created matter, they fall short of affirming that God created not only nonliving matter but all visible things (for example, oak trees and horses) and invisible things (for example, the angels). “God’s creation, therefore, was not a creation of generic material but of specific kinds and varieties of creatures” (Theistic Evolution, 946).

Applying this discussion to the second version of theistic evolution, the theistic evolutionists of BioLogos — or “evolutionary creationists,” as they prefer — affirm the axiom of common ancestry. To take an example of human beings and chimpanzees (our closest relatives), common ancestry means that if we go back about 300,000 generations, we will find an “ancient population (which was neither human nor chimpanzee) [that] split into two groups, and these groups were reproductively isolated. . . . Eventually the characteristics of each group were different enough for scientists to recognize them as different species.” Importantly for evolutionary creationists, “a similar story could be told for the ancestral lineage of any two species that ever lived” (“What Is Evolution?”).

This vision of the origin and development of species in general, and human beings in particular, conflicts with the biblical account, even when infused with an appeal to divine direction and purpose. Evolutionary creationists deny the Genesis 1 account of God’s specific and immediate (not mediated by natural processes) creation of fish, birds, land animals, and finally human beings, choosing instead to say that God created each of these living beings through natural mechanisms over long periods of time. Implicit in their position is also a denial of the biblical account of the fall, since such an evolutionary process has no room for a historical Adam and Eve.

For these reasons (and others), the church should stand firm in its enduring reading of Scripture’s account of divine creation and remain faithful to its historical position, praising God the Creator for his purposeful creation ex nihilo and of every specific kind of both nonliving and living things.

Editors’ note: This article was originally published at Desiring God. 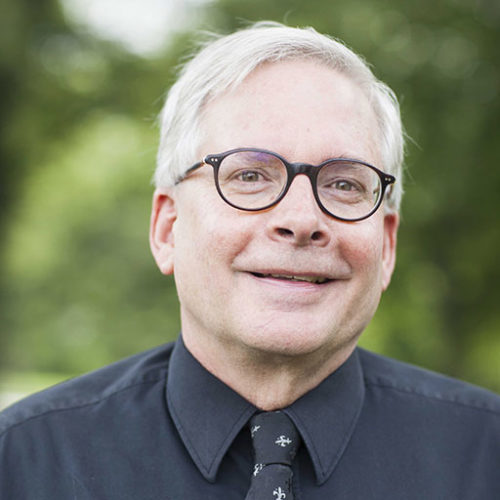