Pitfalls of the novice minister

Your first church job is going to stretch you in ways you won’t anticipate.

We’ve all heard the story — a freshly minted seminary graduate goes into his first pastorate and, in short-order, finds himself in serious trouble of his own doing. One such student, whom I know personally, decided right off the bat that he would begin a series in Romans on Sunday mornings, a series in Genesis mid-week, and lead his deacons through a study of biblical ecclesiology (i.e., “We need elders ASAP”). Long story short, he quickly learned there was one expendable member in the congregation: himself.

In less than a year, that young pastor was looking for another pastorate.

Of course, preaching through Romans and Genesis is a great thing to do, and biblical ecclesiology is essential for a healthy local church — but all at once, and without much pastoral or preaching experience? Admittedly, not every problem young ministers face is due to a lack of wisdom and experience. I’ve never forgotten what a former student told me about the very first Sunday he walked in his church to begin his pastorate. An elderly man, serving as a greeter that morning, approached him virtually the second he opened the door, shook his hand, and said, “I’ve seen young preacher-boys come and go and I’m still here, and I’ll still be here long after you’re gone too.” It took about two years and, sure enough, the young minister was gone.

Inhospitable receptions aside, there is one thing that every young would-be pastor must know: Until your people come to know and trust you, you need to put your agenda for large-scale reform aside and simply minister the Word in love and humility. They need to know you are there for them.

A call to serve

The Apostle Peter sums up the character and responsibility of pastoral ministry as succinctly and thoroughly as we could want:

So I exhort the elders among you, as a fellow elder and a witness of the sufferings of Christ, as well as a partaker in the glory that is going to be revealed: shepherd the flock of God that is among you, exercising oversight, not under compulsion, but willingly, as God would have you; not for shameful gain, but eagerly; not domineering over those in your charge, but being examples to the flock. And when the chief Shepherd appears, you will receive the unfading crown of glory. (1 Peter 5:1-4).

First of all, every Southern Seminary student called to pastoral ministry should stop what he’s doing and commit this passage to memory (if you memorize one verse a week, you’ll have it in a month). There is a treasure trove for a minister here: Look specifically at how a pastor is to go about fulfilling his calling. Pastors should undertake their ministry “willingly.”

One of the first questions a seminarian should ask himself is, “Why do I want to be a pastor?” Is it because of a deep sense of God’s leading — the true foundation for “eagerly” pursuing pastoral ministry — or for some other motive? Peter’s phrase “shameful gain” applies to lots of things, not just money. It includes any motivation for personal position and advancement, making a name for yourself, setting your sights on a powerful or prestigious pulpit, becoming the next first-call platform speaker at famous conferences, or styling yourself as a great church reformer. Too many young pastors see themselves as God’s chosen remedy for what’s ailing the church. All of these count as shameful gain.

Instead, pastors should “willingly” take on the role of a shepherd who, in the footsteps of the Great Shepherd, is willing to give his all for his people (John 10:11) and who leads the way in exemplifying the mind of Christ by putting the interests of his congregation before his own (Phil. 2:4). If that description matches your own vision for pastoral ministry, then you’re on the right road. If not, then find something else to do.

The nature of true leadership

It’s clear that Peter styles his view of ministry on what he learned from Jesus. In the context of teaching on his own suffering, Jesus said to the disciples:

In the same way, Peter says the pastor is not to be “domineering.” One way to apply this is to think about your pastoral agenda. You might have great biblical and theological hopes and plans for your church (hopefully you do!) but how do you plan to carry them out? It’s not enough to identify a problem and have the correct theological solution. Your theology of pastoral ministry, based on texts like this one from 1 Peter, must be as important as every other aspect of your theology. If you want to lead your church in, say, biblical ecclesiology, you need to be able to lead them into biblical truth, not push them. Leadership requires your people to trust you, and building trust takes time.

When you begin your ministry after seminary, take time to live with your people and get to know them. Just as importantly, give them a chance to get to know you. This will take years, not just days or months. Faithfully minister the Word of God to them in preaching, teaching, and living. Be there to share in their joys, sit with them by the deathbed of their loved ones, rejoice when they rejoice, and mourn when they mourn. If they know you love and care for them, if they know you and trust you, then you will truly lead them and be their shepherd.

As a pastor — a shepherd of the people God himself places under your care — lead your congregation with the expectation of seeing the chief Shepherd face-to-face, the one from whom you will receive “the unfading crown of glory”: eternal life. 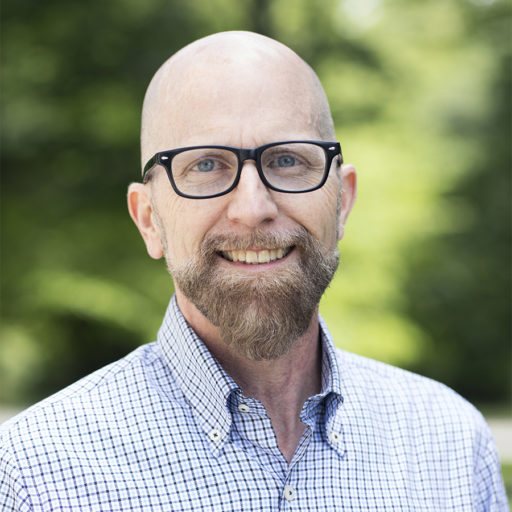