While you can’t solve all the problems a suicidal person faces, you can pleadingly and prayerfully point him to the One who can, and you can commit to walking with him through his struggles.

How should you minister to friends or counselees who seem suicidal? While space prevents a discussion of warning signs [1] and more thorough biblical guidance [2], consider nine introductory guidelines.

1. Enter the person’s world and show him special care amid the stressors tempting him toward suicide. The life-threatening nature of suicidality calls you to amplify your normal attending and relational skills. Don’t minimize the impact of your caring, compassionate presence.

2. If the person hasn’t mentioned suicide but you suspect it, ask. Broach the subject. Reject the myth that raising it might plant it in his head and thereby encourage it. The person who manifests signs has likely considered suicide at some point. Raising the topic provides a safe place to talk about it. The severity of this issue trumps any potential risk.

3. Work hard to understand both his situational pressures and his internal beliefs and motives. Suicidal people operate with an inner logic, however distorted it might seem to you. While it generally involves some form of “life is not worth living,” or “I’m not worth living, so I will end my life,” there is no single cause for suicide (e.g., not every suicidal person is depressed). Get to know this person.

Encourage the person to talk freely, especially about his seemingly irrational or irresponsible thoughts. Panic responses (“what do you mean you are thinking about. . . ?”) and demeaning responses (“you’re not thinking about doing something stupid, are you?”) from you can shut down the person. However sinful or stupid his logic might seem, it is his thinking, and you must seek to comprehend it.

4.Minister the gospel. Bring the hope of Jesus Christ and His multi-faceted saving provisions. This includes caringly and carefully unearthing his heart responses to his pressures and presenting the life-transforming beauty and power of Christ.

5.Plead personally with the person not to commit suicide. Appeal to him. Use rational and relational reasons to persuade him.

At the same time, realize that rebuking a suicidal person is rarely helpful or needful. Most people know deep down that it’s wrong. Instead of a condemning “why would you do such an evil thing?” approach, consider a compassionate approach: “Help me understand how your life has become so hard that you see suicide as the way of escape.” Focus on the deeper causal conditions in the heart and on the better way of escape that Christ offers (1 Cor. 10:13-14).

6. Remember that the person whose life is so miserable that he thinks he needs to end it probably does need to end that life and find in Jesus a new life. Consider Jay Adams’s concept of “sympathetic disagreement” in which you sympathetically agree with the person’s diagnosis (“my friend, this life that you’re living does need to end”) but sympathetically disagree with his contemplated remedy (“but I have a way to end that life that is a million times better than your way”).

7. Don’t minister alone. As much as the counselee allows, seek to connect him to a few mature, caring believers, especially those he admires or respects (maybe within his small group). Work with them as a care team to help watch, care for, and encourage the person.

Depending on the degree of risk that exists, ask your counselee to agree (orally or in writing) that (a) he will not harm himself; (b) if he feels suicidal, he will contact you or one or two specifically-named caring individuals; and (c) he will do the assignments and follow the care plan you provide. While an agreement can’t prevent suicide, it adds an additional ethical hurdle—his promise to you—that might deter him.

If the risk seems immediate or he won’t make such a non-harm agreement, connect him to a responsible family member or friend who will stay with him, or call 911 to report the situation (“I am here with a person who seems suicidal and can’t assure me otherwise. How would you advise me?”). In many states, law enforcement can immediately secure a hospital detention order to allow further expert assessment and treatment. While these steps might provoke the person’s anger, it’s better that he be alive and angry than dead.

9. Remember this bottom line: suicide is the person’s choice. Apart from institutionalization, you can’t stop a person from finding a way to kill himself. But you are not responsible for his choice. As a caring counselor, you are particularly prone to this lie. (On the first day in my biblical counseling doctoral program, my professor asked, “What will you do if you counsel a person wisely and caringly but learn the next day he killed himself?”) Don’t own another person’s wrong decision.

While you can’t solve all the problems a suicidal person faces, you can pleadingly and prayerfully point him to the One who can, and you can commit to walking with him through his struggles. Pray that he will gain a sufficient-for-now sight of Jesus that will make him choose what Simon Peter chose when others turned away from Jesus: “Lord, to whom shall we go? You have the words of eternal life. We have come to believe and to know that you are the Holy One of God” (John 6:68-69).

In your ministry experience in dealing with suicidal people, which of these guidelines seem most important? What guidelines would you add?

[1] See, for example, the American Foundation for Suicide Prevention’s website. 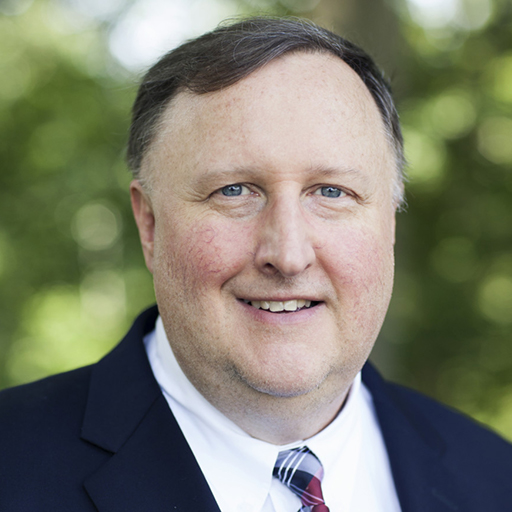 Prior to coming to Southern, Jones served for 19 years as a pastor in West Virginia and then 12 years as a professor at Southeastern Baptist Theological Seminary. He has written Uprooting Anger: Biblical Help for a Common Problem and Pursuing Peace: A Christian Guide to Handling Our Conflicts, along with seven mini-books (Angry at God?, Forgiveness, Bad Memories, Restoring Your Broken Marriage, Single Parenting, Freedom from Resentment, and When Trouble Shows Up). Jones is a certified counselor, fellow, and speaker with the Association of Certified Biblical Counselors; a certified Christian conciliator, adjunct instructor, and church reconciliation trainer with the Institute for Christian Conciliation (a division of Peacemaker Ministries); a founding member of the council board of the Biblical Counseling Coalition; and a member of the Evangelical Theological Society.