If Christians are to understand their Muslim neighbors (locally and globally) and share with them effectively, it is necessary that we grasp how they understand themselves.

North American Christians are often confused about the relationship between the religion of Islam and the ethnic identity of Muslims. This confusion takes two forms. The first form has to do with the relationship between Islamic religious identity and Arabic ethnic identity. The second form relates to the depth to which Islamic religious identity has penetrated the ethnic identities of all Muslim people groups. If Christians are to understand their Muslim neighbors (locally and globally), love them as Christ commanded, and share with them effectively, it is necessary that we grasp how they understand themselves.

“Arab” and “Muslim” are not synonymous terms. Muslims are followers of the religion of Islam. Arabs are an ethno-linguistic group of people, most of whom are Muslim in religion but some of whom are not. Their origins lie in the Arabian Peninsula, but they burst into the larger world in the seventh and eighth centuries with the dramatic conquests that followed the death of Muhammad in AD 632. Within a hundred years, they had spread to the west across North Africa and Spain and penetrated as far as southern France. To the east, they had conquered the Persian Empire and spread into modern-day Pakistan and Central Asia. They did so as followers of Islam, but they also did so as ethnic, linguistic and cultural Arabs. Initially, these Arabic Muslims lived as a ruling minority over most of their empire. The majority of their subjects spoke some other language (such as Aramaic, Coptic, Berber, or Persian) and practiced some other religion (Christianity in the west and Zoroastrianism in the east).

Over time, however, the twin processes of Islamization and Arabization took place, unevenly from location to location. Egypt, North Africa, and the Aramaic-speaking Middle East became almost completely Arabized in language and largely Islamic in religion, but in places like Iraq, Syria, Lebanon and Egypt, substantial minorities held on to their historic Christian religious identities. Thus, to this day, there are communities in each of these countries which are regarded as ethnically and linguistically Arabic but which adhere to one of the ancient Christian communions: the Coptic Orthodox in Egypt, the Maronite Catholic in Lebanon, the Eastern Orthodox and Roman Catholic in Palestine, the Eastern and Syrian Orthodox in Syria, and the Chaldean Catholic and Assyrian Orthodox in Iraq. These groups have been caught in the crossfire of the conflicts that have plagued these countries in the 20th and 21st centuries. The historically Christian population of the Middle East has plummeted in the last several decades as Christians have been killed or forced to flee. For example, a very significant portion of the Palestinian population was historically Christian at the beginning of the 20th century, but Israel treats them the same as Muslim Palestinians, and many have fled. Similarly, the Assyrian and Chaldean Christians of Iraq were largely left alone under Saddam Hussein, but since he was deposed they have been targeted by Islamic groups, and many have been forced out of the country. A significant percentage of the Arabic population in the United States belongs to one of the ancient eastern churches (and therefore are not Muslim), and the Assyrian Orthodox patriarch now lives in Chicago.

On the other hand, many other peoples under Islamic rule became Muslim, but never became Arabic. In the Middle East itself, the Persians (Iranians), the Kurds, and the Turks are all majority-Muslim people groups, but none of them regard themselves as Arabs and they do not speak Arabic. Likewise, the largest Muslim populations in the world are all in non-Arabic speaking countries: Indonesia, Pakistan, Bangladesh, and India, among others. The majority of Muslims in the world are not Arabic in language or ethnic identity.

However, the Arabic influence on these non-Arabic Muslims is significant. The Qur’an was composed in Arabic, and it is regarded by Muslims as only truly the Qur’an in the Arabic language. The prayers recited by Muslims five times a day are recited in Arabic, whether the worshiper understands Arabic or not. The Hadith and all the authoritative source documents for Islamic jurisprudence were written in Arabic. Southeast Asian Muslims who cannot speak Arabic still give their children Arabic names. It is true that the major people groups who live closest to the Arab world (Turks, Persians, Kurds, and Berbers) have something of a love-hate relationship with the Arabs, often expressing either superiority or resentment toward them. Still, the influence is strong, and the Muslim world is unbreakably connected to its Arabic center.

This is where the second common confusion comes into play. North Americans tend to regard religious identity as both private and personal. It is true that we still think in stereotypes: Poles and Italians are typically Roman Catholic, and Southerners are usually Protestant. Jewish families will sometimes disown a child who converts to Christianity. However, by and large, religion is regarded as a matter of choice, and it is kept out of public view. A person can have any religious identity and be an American. In much of the Muslim world, the opposite is true. Islam is part of their ethnic identity. To be a Turk, or a Persian, or a Malay, or a host of other Islamic people groups, is to be a Muslim, and if you cease to be the latter you also cease to be the former. You don’t even have to be particularly observant as a Muslim, but you cannot leave Islam. To join another religion is to commit ethnic and cultural treason and to cut yourself off from the family and community ties that are foundational to your identity. This is one of the greatest challenges facing Christians sharing the gospel with Muslims. Islam does not separate religion, culture, and politics into different spheres, but regards them as unbreakably united. For this reason, Christian evangelism and missions to Muslims are regarded as politically and culturally subversive as well as being religiously threatening.

How should Christians respond? Several points can be made. 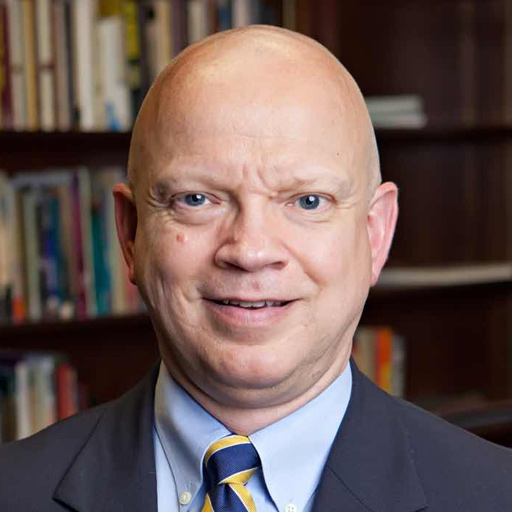 Pratt served as dean of the Billy Graham School from 2011-2013 before returning to the International Mission Board where he now serves as vice president for Global Training. He had served previously with the IMB from 1991-2011 as a church planter and regional leader in Central Asia. Pratt also has experience as a church planter and pastor in New England and as an Army Reserve chaplain. He is co-author of Introduction to Global Missions and a contributor to Theology and Practice of Mission, both published by B&H Academic.