How the Manger Mocks Death

Christ’s treading over death turned the once feared enemy into an object of jeering. As Christ rose from the dead, so every dying believer, in their resurrection, proclaims his overwhelming victory.

In my first year as a youth pastor, my mentor told me that ministry is just helping people die. These words bounced in my head as I paced the empty hallway to room 472. All the precise and prepared answers learned in seminary can easily fly out the window when it’s just you, a dying saint, and your Bible. Have you stood beside a perishing soul? What you say next—what I had to say next—exposes our theology. In those moments, we come uncomfortably aware of the depth of our faith.

Will that Christian close their eyes in this life and truly awake in paradise? Do we really expect to see them again? If we haven’t settled these questions in our own conscience, our shepherding from this life to the next will confuse rather than comfort.

Death is ugly. And the Christian has a complicated relationship with it. In one sense, death reminds us of the horror and consequences of sin (Rom. 6:23). On the other hand, dying is, as Charles Spurgeon said in his comments on Psalm 23, the porch to heaven. To reach those green pastures—to be with Jesus in paradise—we must traverse the valley of the shadow of death.

So, in a believer’s final moments, do you expound on the punishment wrought by death or the shining sea waiting beyond? One may produce fear, the other hope, but both are true. I want to offer an attitude that gets the best of both. The attitude Paul assumed, and the attitude displayed by Christ—mockery. Paul mocked death on the basis of Christ’s resurrection:

“When the perishable puts on the imperishable, and the mortal puts on immortality, then shall come to pass the saying that is written:

Mocking death reveals a confidence in Christ’s incarnation and resurrection. The slayer of death began his triumph in the manger and continues his victory march until he will plunge the final enemy into the lake of fire (1 Cor. 15:24–26, Rev. 20:14).

Though Dead, Yet History Speaks

Reading church history brings us into conversation with those who’ve gone before us into death. We can glean wisdom from their experiences, knowing that they are current witnesses to the hope of heaven they so declared in life. If you’ve ever wondered how the martyrs withstood assault and how they treasured the glories of heaven more than peace in this life, look no further than their radically Christian perspectives of death.

Athanasius (d. 373) is best known for stand against the Arian heresy. The bishop of Alexandria noted, however, that Christians have a transformative understanding of death. In On the Incarnation, Athanasius wrote that those in Christ, “so despise death that they eagerly rush to it and become witnesses to the resurrection over it,” (sec. 27). He continued his gloating over death, writing that “as when a tyrant has been defeated by a legitimate king and bound hand and foot, all those who pass by mock him, hitting and reviling him, no longer fearing his fury and barbarity.”

Christ’s treading over death turned the once feared enemy into an object of jeering. As Christ rose from the dead, so every dying believer, in their resurrection, proclaims his overwhelming victory.

Athanasius wasn’t ignorant of the grief associated with death. But he interpreted dying through the story of redemption. He wrote that human beings are by nature afraid of death. That all “used to weep for those dying as if they were perishing.” Yet believers now tread on death as if it was nothing, “choosing to die than deny their faith in Christ.”

In an era of low infant mortality and anti-aging products, we may face the temptation to think we can push our inevitable deadline out of sight. Jason Isbell captures this feeling well in his song Elephant. He sings, “There’s one thing that’s real clear to me, no one dies with dignity. We just try to ignore the elephant somehow.”
We fear death, that’s the elephant in the room. It’s a reminder that sin separates us from God and banishes us from the tree of life. But the serpent crusher, the horn of salvation, the lion of Judah, the Alpha and Omega—he declares freedom. He trampled death.

The confidence in facing death comes from our union with Christ in his life, death, and resurrection. As the God-man, Christ’s victories become our victories through faith. When the shepherds bowed before the babe lying in a manger, they weren’t bowing to a mere earthly king who would scourge their physical enemies. Even though they may not have anticipated the fullness of the resurrection and ascension, the little town of Bethlehem was ground zero for death’s inevitable demise. To defeat death, God passed through its shadows. Born of a virgin, the spotless lamb walked the paths of righteousness that lead right into the mouth of death where he blasted off the gates of hades (Acts 2:27). Where he went, so we are empowered to follow—through death into life.

You can’t hide from the pangs of death—especially as a pastor called to help people die. Fellow shepherds: by that bedside, at that funeral, or at the site of that mass shooting, the sheep will look to you. Your attitude will be their attitude.

When guiding a saint through the final trial, your theology will become theirs. How you speak of death matters. Are you scared? They will be scared. Are you hopeful? They will be hopeful? Are you triumphant in the victory of Christ? So, they too will mock death with their final breath—heckling that what once had dominion over us now lays powerless. 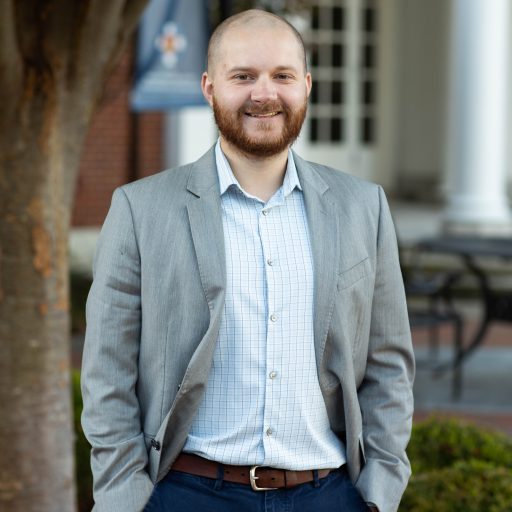