Home · Article · The goal of apologetics: come and see

The goal of apologetics: come and see

The goal of apologetics is more than the dissemination of facts, it’s the invitation into a relationship.

How long after becoming a Christian should one wait before engaging in apologetics? Three years? Four? The disciple Philip waited only two verses! In John 1:43 Philip becomes a follower of Christ. In verse 45, he’s found sharing the gospel with Nathanael!

Then as now, sharing the gospel was met with skepticism. Nathanael’s doubt revolved around Jesus’ hometown, “Can anything good come out of Nazareth?” While Nathanael’s question may seem straightforward, it’s more complex than it first appears. This is typically the case in evangelistic encounters.

All skeptics enter into theological discussions with myriad interests, backgrounds, and wounds. To truly address their question, one must truly hear their question. That is, one must listen with the goal of understanding, not just the goal of responding. This requires as much love as learning, as much empathy as answers. In Nathanael’s case, his question regarding Jesus’ hometown has at least two aspects: cultural and theological.

Culturally, Nazareth was an out of the way, nowhere town. How could the long awaited Messiah be found in such a seemingly insignificant place? The good news is always proclaimed in seeming weakness (1 Cor. 2:1-2).

While the gospel is vast and cosmic—Christ redeeming all of creation—the means of fulfilling the promise are quite humble: preaching, sacraments, small acts of mercy and grace, and similarly obscure acts.

Resurrection is brought about through the cross. In Nathanael’s question, we’re pricked with the sting of scorn. We stand vulnerable with Philip, proclaiming a message we know to be so large, yet seems so small and culturally insignificant in the moment.

As a Jewish believer, Nathanael would no doubt have been interested in Philip’s claim that he had found “the one of whom Moses and the Prophets spoke.” Yet while Moses and the Prophets say much about the coming savior, they say nothing about Nazareth. While those of us familiar with the Christmas story can understand how Jesus was both “from Bethlehem” and “of Nazareth,” the question of the Messiah’s origin had likely not crossed Phillip’s mind in his two-verse-tenure as a Christian. And so it will be with our apologetic encounters.

Questions will be posed to us that we’ll never have preciously considered. Questions of Christ’s deity and humanity, questions of the Bible’s origin, questions of church history to do with the Crusades, Christian involvement in the slave trade, etc. It should never take us off guard that non-believers have such daunting questions. The Christian faith is one of paradox and nuance, and it’s lived out by imperfect, often contradictory people.

With such a question on the table—one evoking matters of class, culture, and theology—one might expect the young Christian to ask for a few days to research and investigate before offering the exact right response. But in lieu of an answer, Phillip gives Nathanael something better; he gives him an invitation, “come and see!” Nathanael wanted to stand in judgment over Jesus—evaluating this or that fact. But even if Philip had been able to answer this and all of Nathanael’s questions point for point, Nathanael needed more than points, he needed a person, whether he knew it or not.

As Nathanael approaches, Jesus doesn’t immediately offer answers, though no doubt he saw the questions in his face. Instead, Jesus proclaims “I saw you under the fig tree.” Perhaps Nathanael prayed under a fig tree as a child, or maybe he was under a fig tree that morning. In any case, Nathanael’s doubts turned to awe. He thought he would believe only if he could know, but he began to believe once he had been known. He came to see, he left having been seen.

Eventually, as he grew to know Jesus more, Philip would be able to answer the question posed by Nathanael. However, I’m sure his response to non-believers never changed, “come and see!” Because the goal of apologetics is more than the dissemination of facts, it’s the invitation into a relationship. It’s the possibility of knowing and being known. It’s an encounter with the living Christ. Come and see! 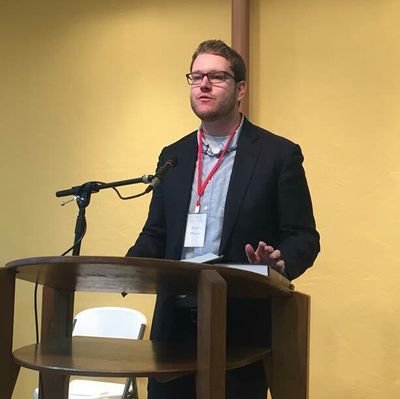 Dustin Messer is a graduate of Boyce College and Covenant Seminary. He teaches theology at Legacy Christian Academy in Frisco, Texas. Additionally, Dustin is senior fellow of theology and culture at the Center for Cultural Leadership and pastoral associate at Christ Church (PCA) in Carrollton, Texas. Dustin is completing his doctoral work in religion and ethics at La Salle University.