To belong to a community is to be at its disposal, to have given over all you have to be used for whatever your community needs.

Once each quarter I teach a new members class for people interested in joining our church. It’s become one of my favorite responsibilities as a pastor. I’m a believer in church membership, no question. But I’ll be honest: every time I teach the class I cringe a bit along with my audience at some of the things we discuss.

Concepts like authority, exclusivity, and discipline just don’t sound right on a pre-reflective, aesthetic level. They evoke a yuck factor ingrained in us by the often unnoticed influence of our western culture—literature, film, music, pop psychology—and its celebration of the unfettered individual. (Chapter 1 of Jonathan Leeman’s The Church and the Surprising Offense of God’s Love is helpful for tracing out examples of this influence.)

Now, I know that some of these ideas have always been distasteful to fallen humans. Self-denial is nauseating to the self-centered. That said, I don’t think we’re guilty of ear-tickling if we look for counterbalancing images, images that make sensible the beauty that’s in a community defined by the goals of membership. And to that end I’ve really come to appreciate the world created in the novels of Wendell Berry.

Berry is not the sort of author to whom you turn for help crafting your church’s statement of faith. His works aren’t the right genre and he isn’t the right author. But novels are especially well-suited for retraining our aesthetic tastes, for putting flesh on ideas that otherwise may remain sterile and abstract.

Set in an isolated Kentucky farming community called Port William, Berry’s works portray the beauty of a bounded life, a death to the options of Elsewhere, the embrace of a concrete place and its people. It’s no accident that Jayber Crow, my favorite of Berry’s novels, is subtitled “The Membership of Port William.” Like all common graces, a community fostered by the willing limitation of one’s horizons can turn idolatrous, breeding an insularity Alan Jacobs has recently described as unchristian. And it’s also true that there is a darker side to small town life. Those familiar with the works of William Faulkner will find the world of Port William to be an ideal world by contrast. And yet Berry’s novels are especially useful for illustrating the liberating submission that’s always involved with membership.

In Jayber Crow, Berry’s characters show what it is to belong to a community, by which I mean more than the welcome and affirmation typically communicated by the word today. To belong to a community is to be at its disposal, to have given over all you have to be used for whatever your community needs. It is to be implicated substantively, not just sympathetically, in the ups and downs of a place and its people. It is a submission of yourself—your identity, your interests, your ambitions—to the needs of those to whom you’re bound.

The book’s heroes reject the notion that you make your own identity rather than receive it. They know and embrace who they are through their connection to things larger than themselves: their community, the land, the march of history, the mysterious purposes of God. They find joy, peace, and freedom in accepting their subsidiary status.

One of the barriers to this sort of belonging, of course, is the selfish ambition that dwells deep in all of us. Rather than submitting ourselves to community, ambition drives us to subordinate all things to our personal gratification or our relentless effort to build a name for ourselves. Berry’s villains in Jayber Crow depict this impulse vividly. They’re not the sort of villains who steal, kill, and destroy. They’re characters like Cecilia Overhold, a woman who marries into Port William from the upper crust of the town next door and can never forgive “the failure of the entire population of Port William to live up to [her] expectations” (209). She’s described as a woman who “thought that whatever she already had was no good, by virtue of the fact that she already had it” (209); she lives as if “there is always a better place for a person to live, better work to do, a better spouse to wed, better friends to have” (210). In the midst of a vibrant, gracious, and happy community she is discontented, angry, and lonely.

Troy Chatham is perhaps even more to the point. His character emerges in detail as a young farmer who rejects the old ways, never imagining that “the reference point or measure of what he did or said might not be himself,” never belonging to the place but convinced the farm exists “to serve and enlarge him” (182). Throughout the story, Chatham leverages the present for the future in his all-consuming desire to “be somebody,” using and abusing all the resources he could claim in service to his exalted self-image. He is a man who utterly fails to recognize his limits or his dependence on what is outside of and bigger than himself.

Jayber Crow is a nostalgic book, and—for all its beauty—a sad one. The world it describes is for the most part a lost world. It was held together by traditions no longer valued and an isolation no longer possible. Which is to say much of its staying power rested on personal preference for its traditions and to some extent an ignorance of alternatives.

Bound in time, Berry’s world offers but a pale reflection of the local church ideal, a community where members’ submission to each other is rooted in the message of the gospel and the power of God’s Spirit. Against his redeemed community, Jesus has promised us, even the gates of hell are no threat. But Berry’s stories bring to life truths at the heart of the community we’re aiming for when we emphasize church membership. A thriving, covenant-shaped local church requires precisely the sort of self-abnegation Berry celebrates and is opposed by the same self-exaltation he portrays in all its ugliness.

Too often we try on new churches like we try on new clothes and for much the same reason. We’re looking for style and fit, for what meets our needs and makes the appropriate statement about who we are. We put our churches in service of our desire to be somebody and our commitment doesn’t outlast the better options of Elsewhere. But this posture—beside its offense to the cross—leads to self-absorption, restlessness, and isolation.

By contrast, there is freedom in coming off the market. There is sweet rest in belonging to one people, for better or worse, and there is the opportunity for displaying costly, Christlike love. We’re called to die to our narrow interests and to what we might hope to enjoy or become on our own. But we’re called to a truer life in our identification with Christ and his body on earth.

On the terms of 1 Corinthians 12, we must embrace our status as a mere hand, ear, or foot, helpless apart from the other members and happy so long as Christ is exalted and the body is thriving. This is boundedness, for sure, but it’s liberating and it’s beautiful. 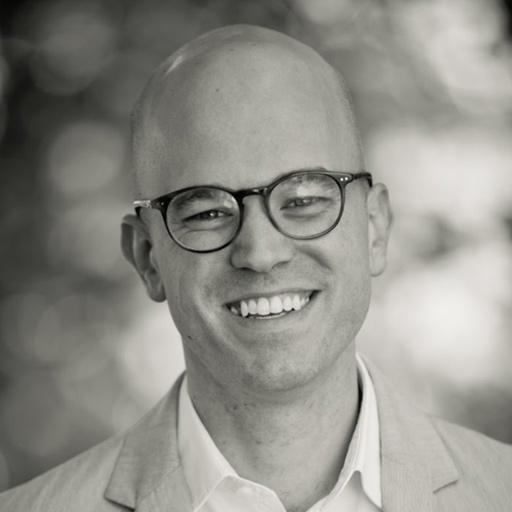 Matt McCullough (Ph.D., Vanderbilt University) is the pastor of Trinity Church in Nashville, Tennessee and author of The Cross of War: Christian Nationalism and U.S. Expansion in the Spanish-American War. He is a graduate of Boyce College.