Planting a church is never easy — even when it’s right

There’s never a “good” time to plant. You’ll always find valid, even logical reasons for putting it off.

“If you could do it all over again, would you?”

That sounds like a question you might ask someone who’s just been convicted of a crime, and it’s one I was asked recently. My crime? Sending out 37 of our best members, along with two of our best elders, to plant a church.

We can always find reasons, even good ones, for not planting a church. Yet the need for churches in my city (Austin, Texas) far outweighs whatever adverse effects we may face.

Do we really need another church?

We didn’t plant another church because attendance was too high for our building — we still have plenty of room. We didn’t plant because we have abundant financial resources — we have overwhelming debt that hangs like a millstone around our necks. We planted a church for pastoral and evangelistic reasons.

First, we had a significant number of members driving from northwest Austin to church each week, a 30-minute drive at minimum. When members live that far away, it’s hard to “shepherd the flock of God among you” (1 Pet 5:2). We struggled to foster gospel community, since distance was a logistical obstacle. Second, those faraway members found it hard to build gospel relationships with neighbors and invite them to church.

Our city also needed us to plant another church.

So, understanding both our pastoral and evangelistic concerns and our city’s need, we took a calculated risk and planted another church. There’s never a “good” time to plant. You’ll always find valid, even logical reasons for putting it off. Yet we realized many of our reasons for not planting were grounded in fear. We were afraid of losing members, finances, and leaders.

We felt the effects of planting a church almost immediately. Previously, we had eight elders to serve around 500 members. The December before we planted, one of our elders rotated off the board. In February of the following year, our new plant held its first public meetings. In a little more than two months we went from eight elders to five. Once the plant officially received new members, we removed from our rolls the 37 people we entrusted to the new church.

Don’t get me wrong. We weren’t just interested in numbers, but these were among our best members and strongest givers. Over the next year we felt the void. Our five remaining elders found it hard to care for 500 members. Though we reduced our new budget by 10 percent to account for the loss of income, our giving wasn’t as strong as we’d hoped. At this point, planting the new church seemed like a foolish decision.

But as always, God was faithful. When we sent off 37 of our best members, we asked God to send us 37 new ones over the next year. He answered our prayers, and by the end of the year we’d received 74 new members. As we observed God’s kindness, we were encouraged in our decision. Had we not planted, we would have missed out on the joy of answered prayer.

The addition of new members didn’t offset our financial deficit, however. We assumed that reducing our budget, along with new-member growth, would address our financial needs.

Several months into the new church’s life, they had more money than we did! They asked us to stop providing financial support. Though we rejoiced in their financial freedom and gave thanks for their generosity, that financial relief wasn’t enough to keep our church from financial hardship. By the fall of our church plant’s second year, our own financial deficit was significant — approximately $130,000 under budget.

After much deliberation, our elders agreed to go before the congregation and let them know of our need. In addition to our normal weekly need of about $28,000, elders proposed a one-day special offering with a $100,000 goal. By God’s grace, members responded in overflowing generosity. We received more than $105,000 for the special offering and about $48,000 for our regular weekly offering. Had we not planted a new church, we would never have experienced God’s grace through the generosity of our members (2 Cor 8:1–5).

We still had a need for more leaders. We had few pastors serving many members, so we asked God for more elders. As always, we continued identifying elder-qualified men in the congregation, but with greater urgency. Having prayed and tested men diligently, we identified several younger men who were qualified. One year after planting the church, the elder that had rotated off returned, bringing us to six. We identified another five we believed were qualified. Over that next year, the church affirmed three of them as new elders, and today we have nine. Had we not planted a church, we may not have moved on these men with urgency, and each has proven a valuable addition to our eldership.

We’d do it all over again

There’s no question we’d do it all over again. It was our third church plant, and we hope to plant a fourth soon — an Ethiopian congregation that will reach the Amharic-speaking population in metro Austin.

To be sure, not every context is the same; not every town is growing like Austin; not every church will be blessed in the same ways. But, after planting these churches, the Lord has taught us that our city needs us to keep planting churches—and, for the health of our body, we need to keep planting them. That would be true whether or not we continue to grow, increase our budget, or raise an abundance of new leaders. No matter the costs, he is always faithful.

Editors’ note: This article originally appeared in the 9Marks Journal. 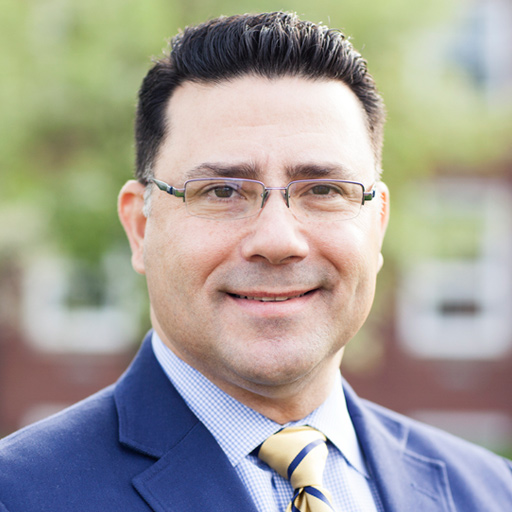