An amillennial interpretation of Revelation 20

The millennium, the intermediate state, and the eternal state are three distinct but related concepts. Unlike the other two, the millennium is frequently debated even among conservative, evangelical Christians. In this edition of the Theology Forum, Peter J. Gentry, professor of Old Testament interpretation at Southern Seminary, offers his understanding of the millennial reign of Christ. The following is adapted from Gentry’s 2017 book, How To Read and Understand the Biblical Prophets.

There are a wide variety of interpretations of the book of Revelation. Many interpre­tations in the last one hundred years have not understood that while John is writing in Greek, this book follows the characteristics of the Hebrew prophets in the Old Testament. When we combine this fact with an understanding of the literary structure, we will be able to grasp clearly and simply what the book communicates.

Second, note that the book comes in two scrolls or volumes. Chapters 4 and 5 introduce the reader to a first scroll having seven seals. From this scroll comes fourteen paragraphs describing seven seals and seven trumpets. Then in 9:13-11:14, toward the end of the sequence of trumpets, we learn of another small scroll, which John is to “eat.” From the second scroll come the remaining four sequences of seven paragraphs.

Third, both the second and the fourth sequence (seven seals, and seven visions of warfare) begin with the ascension of Jesus after his resurrection and end with judgment. This suggests that these two sequences are chronologically parallel. They represent the current age between the first and second comings of Christ.

The conqueror on a white horse in 6:1-2 is Jesus Christ. This seems to be parallel to 19:11. The background to the Lord as a warrior is Exodus 15, Psalms 2, and 110. The authors of the New Testament interpret the reign of the warrior Messiah in Psalm 110 to begin at the ascension of Jesus Christ to heaven. This is when he sat down at the right hand of the throne of God and began to extend his mighty scepter from Zion. Every time someone puts their faith in Jesus Christ, folks from the enemy nations are conquered and brought into the kingdom of Jesus.

Since sequences two and four both begin with the ascension and end with the judgment, they represent the current age between the first and second comings of Christ.

Fourth, note that sequences three and five are precisely parallel: the first paragraph damages the earth, the second damages the sea, the third damages the rivers, the fourth damages the sun, the fifth unlocks darkness and pain, the sixth brings a demonic army from the Euphrates, and the seventh entails a great hailstorm. Here, in typical Hebrew fashion, the author repeats descriptions of a sequence of great judgments.

The parallel sequences in three / five are interpreted in 7:1-3 as expansions of the last two sections of the parallel sequences in two / four because the angels are not permitted to harm the earth, sea, etc. until the servants of God are sealed. These are like the visions of Daniel 8, 9, and 10-12 as expansions of seven. John is influenced by the structure of Daniel.

The seventh and final sequence is the only sequence that does not end in judg­ment. The judgment is described in paragraph three, and after that we have the new cre­ation, the new people of God, the new city of God, and the river of life.

The arrangement in the last sequence suggests that this sequence is a brief overview of everything from the beginning of the church to the age of the new creation. Therefore, the first paragraph, Revelation 20:1-6, would be a short summary of the period be­tween the first and second comings of Christ, at least up to the time of the Antichrist and terrible tribulation. The beast, false prophet, and dragon are all probably manifes­tations of the same evil opponent of God. Those who die for the cause of Christ live (the verb says “live,” not “come to life”) and reign with Christ, who has been reigning since his ascension. They live because all who put faith and trust in Jesus Christ are a new creation (spiritually). Unless they are alive at the coming of Christ, they must face physical death and be raised from the dead. Putting faith in Christ would be the first resurrection (spiritual), and being raised would be the second resurrection (physical).

The opposite is the case for unbelievers. Since they have no first resurrection, they experience physical death and then spiritual death in the lake of fire. “This is the second death,” says John. Revelation 20:1-6 is a tremendous motivation to evangelism. At the cross, Jesus has gone into the strong man’s house and bound the strong man (Satan). Now is the time when people can be freed from the house and king­dom of Satan. Later when the Antichrist is in full force, this will not be possible, because the number of God’s servants will be sealed at that time.

One of my classmates at seminary, Darrell Bock, claims that because the words “one thousand” are repeated six times, we must understand them as a literal one thousand years. This is a major error in interpretation. It is like insisting that we read the comics as we read the front page of the newspaper. It is like claiming that because clouds occur in six out of seven cartoon frames, they are literal clouds and not symbolic of coming storms.

Note that the basic sequence of events provided in Revelation according to the literary structure and the interpretation given here agrees with the teaching of Jesus (Matt 24) and Paul (2 Thess 2). 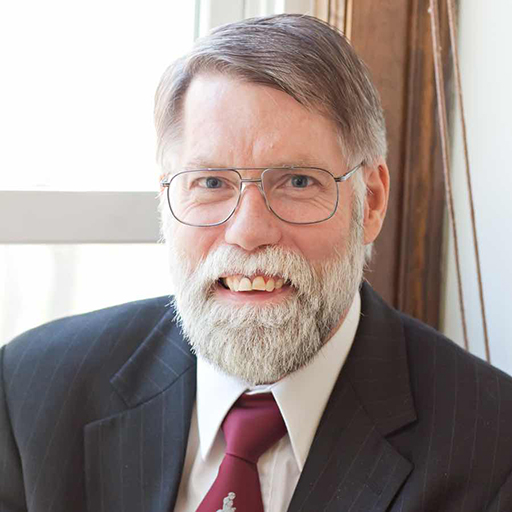 Gentry comes to Southern with an expansive knowledge of biblical languages. He served on the faculty of Toronto Baptist Seminary and Bible College for 15 years and taught at the University of Toronto, Heritage Theological Seminary, and Tyndale Theological Seminary. Gentry is the author of many articles and book reviews, and has given presentations to groups, such as the International Organization for the Study of the Old Testament and the Society of Biblical Literature, of which he is also a member. He is currently editing Ecclesiastes and Proverbs for the Göttingen Septuagint Series and is giving leadership to the Hexapla Institute.