Questions you’ve always wanted to ask about the Reformers

The primary Reformers — Luther, Calvin, and Zwingli — all lived during the same time period and were certainly aware of the Reformation movement. How did they view each other?

Luther’s antagonism toward Zwingli is quite well-known. At the Marburg Colloquy in 1529, the goal was to unite the Lutherans and the newer Zwinglians, the group that would become known as the Reformed tradition. Luther and Zwingli had been corresponding about the Lord’s Supper for about three years at that point, so they generally knew where each other stood. Luther ended up not even being willing to call Zwingli a brother in the faith. For Luther, he thought Zwingli was unwilling to take Scripture at face value — especially the words of Jesus: “This is my body; this is my blood.” Luther thought Zwingli was no different than the Catholics in this regard — who had been sitting in judgement over Scripture with their traditions and not, in Luther’s view, listening to the clear words of Scripture.

Zwingli seems to have been hurt by that interaction with Luther more than Luther was with Zwingli. It seems from the evidence that Zwingli was more willing than Luther was to move toward Luther theologically and try to come to an agreement. But Zwingli denied that he had ever been led to his Reformation understanding by Luther, he said his was an independent discovery from his own reading of Erasumus’ Greek New Testament.

Calvin was much younger than both of them, but he had great respect for Luther and considered him a father in the faith.

Did Calvin and Luther ever meet in person?

No, they did not. Luther (1483-1546) was older than Calvin (1509-1564). Thus, Luther was a first-generation Reformer and Calvin a second-generation leader. Calvin did meet with friends of Luther and he developed a good relationship with Philip Melanchthon, who was Luther’s younger, contemporary disciple and the one who led the development of Lutheranism after Luther’s death.

It was through Melanchthon that Calvin was connected relationally to Luther. Calvin met Melanchthon at the behest of Martin Bucer, the pastor of Strasbourg, who encouraged Calvin to attend colloquies between different groups — Protestant and Catholic.

We look back on this period as the capital-R Reformation, but these were real people experiencing a challenging, real-life situation. From their perspective, there was no cemented “Reformation” period, they were just trying to be faithful to Scripture. So how did Luther view the many forms this movement took after 1517?

To understand Luther, you have to understand that he was quite an anomaly. Luther loved paradoxes in theology, and I think Luther himself is paradoxical. By nature, he was incredibly conservative and did not want to change anything that did not absolutely have to be changed. We know that because he called the order of worship the Mass and kept the liturgy exactly the same as it had been received from Catholicism, except for changing a word here or there that he thought was essential to the gospel.

So, Luther did not set out to start a new movement, but was very much like a number of predecessors of his who wanted to reform the Catholic church. What he saw that was unique, of course, was that the church needed to be reformed not only in her morals, but also in her doctrine. He thought there were several who preceded him — especially Augustine — who had the faith at least generally right.

So, when Luther wrote the 95 Theses in 1517, he was not writing as a Protestant; he was writing as someone hoping to reform the church from within. Even in 1520, when he wrote his famous work The Freedom of the Christian, he was hopeful because he addressed Pope Leo X with a letter offering, basically, a final olive branch, hoping that the pope will agree to be reconciled. I don’t think Luther ever wanted to start a new movement. But, of course, when he was excommunicated by the papal bull Exsurge Domine and outlawed at the Diet of Worms because of his Protestantism, the die was cast.

As for his view of Protestantism, such as it was, Luther became frustrated with people like Andreas Karlstadt, Zwingli to a certain degree, and certainly the radical Reformers like the Anabaptists. Luther called them, in his language, the Schwärmer, these people who just swarmed around and caused problems, always talking and proclaiming their views but never willing to be taught.

For Luther, these people had too quickly turned away both from Scripture and the tradition of the church, which he feared would cause the laypeople (who did not have access to Scripture) all kinds of personal problems because of how different the Protestant church seemed from the Catholic church. You see Luther’s conservatism in his doctrine of the Lord’s Supper and baptism — where he is as close to being Catholic as you possibly could be without being Catholic.

We often look back on Luther as a loose cannon, an iconoclast, a “wild boar in the vineyard” who was trying to overturn the conventions of his time. But that’s not fully accurate, is it?

No, he is actually very conservative. The key for Luther was that he was troubled by his own conscience. That’s a theme running through all his writings. He was driven by an incessant need to be assured of his salvation, to know that on the last day he would be received by the Lord into heaven. That is where his conservatism was able to become progressive.

There were some who had come before him who said bits and pieces of what Luther said, but he was the one who put it together in a cogent way — arguing that one is justified not by works, but by faith in Christ, and that faith unites us with all the benefits of Christ. That’s where Luther was unable to be simply a conservative Catholic. He was unwilling to remain within the Catholic Church when the church refused to uphold this doctrine.

Much has been written about Luther’s anti-Jewish writings, which were employed (perhaps illegitimately) in Nazi propaganda before World War II. The situation is similar to Calvin’s Servetus controversy: a very prominent black mark on the character of a man revered by the Protestant church. What do we do with that part of Luther’s legacy?

First of all, history — especially church history — is not authoritative, because every person we can possibly study in the history of the church except our Lord is affected by sin. They therefore sin, just as we do, in ways of which they are unaware. One of the values of history is that we can see — perhaps in a clearer way than we can observe it in our contemporaries — the way that their culture, time, and thought forms affected their Christian living. Hopefully we can then turn the gaze upon ourselves and, if we are wise and humble and slow, be able to learn something from them.

At the beginning of Luther’s Reformation discovery, he apparently assumed that, now that the gospel had been clearly presented and the promised Messiah had been clearly proclaimed, there would be a massive influx of Jews converting to Christianity. Toward the end of his life, after that didn’t happen, I think Luther’s primary motivation for what he wrote about Jewish people was an eschatological one — he was frustrated that the clarion call of the gospel had not been accepted by the Jews. That’s when he makes some of his grievous statements.

Combined with the fact that toward the end of his life, Luther was pretty sick, some scholars have suggested that Luther’s ailments may have affected his outlook on life. He was also frustrated with the way he felt like the Lutheran churches had not grasped the teachings of the Protestant church. So, he was pretty disenchanted with a lot of groups. Of course, I would in no way want to defend what he said about any of those groups, but I think that gives us a little bit of understanding as to why he said those things.

As far as evaluating what he said, I would simply say: He was wrong! But I think he was wrong on a number of other things as well. Again — if we approach history with a humble desire to learn as opposed to looking only for heroes who will always be right, we will benefit more. History is not just those wearing white hats and black hats; there are a lot of gray hats. We have to apply biblical wisdom and humility as we seek to learn from those who have gone before us. 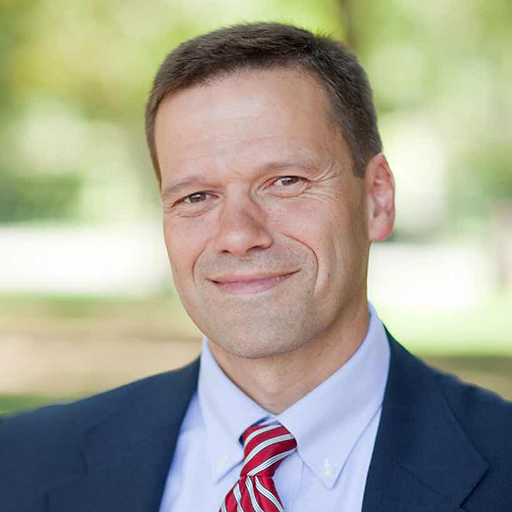