Home · Publications · Towers · Confessing the faith: Mohler on the importance of Southern’s Abstract of Principles

Confessing the faith: Mohler on the importance of Southern’s Abstract of Principles

CS: The title of your introduction is “Confessional Integrity: The Abstract of Principles Then and Now.” What has changed since then, and what hasn’t?

RAM: The world around us has changed in almost every conceivable way, but what hasn’t changed is the fact that the truths articulated in the Abstract of Principles continue to be the truths upon which this institution is premised. And the nature of Southern Seminary as a confessional institution, then lost for decades, in this generation has been recovered. While the world around us has moved in different directions, it’s incredibly important that Southern Seminary publicly, authentically, and gladly holds to the convictions upon which the institution was established over 150 years ago.

CS: What is the importance of having and revisiting our own confessional document?

RAM: The Abstract of Principles is not just our own, it is specifically our own. And it long predated the Southern Baptist Convention having any confession of faith. And it was approved and has subsequently been approved many times over by the Southern Baptist Convention as our confession of faith. It was part of the founding of the institution which is what’s so crucial. It is a part of the Fundamental Laws of the institution. It is not merely a confession adopted by the seminary; it’s the confession upon which the seminary was established. Now we gladly affirm and require the Baptist Faith and Message, and we will continue to do so because this is The Southern Baptist Theological Seminary, but we do that without sacrificing our historically first theological formula of accountability, the Abstract of Principles.

CS: This project seems to fulfill the vision you first set out 23 years ago in your first convocation address, “Don’t Just Do Something; Stand There.” What’s it like to finally be at this point in your presidency to have a book like this?

RAM: My hope in this book was to nail our own theses to the door, so to speak. Especially as I begin my 24th year, to enjoy the fact that we have now at Southern Seminary and Boyce College a faculty who gladly teach by this confession and would gladly write chapters in order to defend all that it affirms. You know, we also need from time to time some very basic reminders of who we are in the same way that a Jewish family gathers for the sacred dinner once a year and recites the same words every year, in the same way that a local congregation confesses the faith together and reads the church covenant together. At times we need to make certain we’re holding up our own confession of faith and making clear that this is not just what we believe, it’s who we are. We do that in convocation when newly elected professors sign the Abstract of Principles publicly, in full view of the seminary and of the watching world, but this book is a way of making clear for now and for future generations these are the truths we hold and hold boldly.

CS: You write the first commentary chapter on the Scriptures. For those who don’t know our story, why is it so significant to begin with the Scriptures?

RAM: The first thing we need to say is that it is necessary to begin with the Scriptures because otherwise we have no idea of the authority whereby we would be able to say anything else in terms of the other articles of the confession. The second thing is that’s one of the most quintessentially Protestant patterns to begin with Scripture because we are committed to Scripture alone as the final authority. So it establishes Southern Seminary as confessional, it establishes that confession as based upon biblical authority, and it establishes the authority and inspiration of Scripture as the necessary place to start any theological conversation. It also makes very clear that the Conservative Resurgence in the Southern Baptist Convention wasn’t developing new doctrine but affirming what Southern Baptists had believed from the beginning, and especially affirming the verbal inspiration of Scripture, as well as its infallibility and inerrancy.

CS: What theological challenges and threats to our confessional faith do you see today and are most concerned about?

RAM: The whole commitment to confessionalism is subverted in the larger society and has become anathema to liberal denominations and churches. When human conscience is elevated to the ultimate authority, confessionalism necessarily dies. We’re living in an age in which the supremacy of individual conscience and personal autonomy is taken for granted by the society around us. So this is a profoundly countercultural act. It also reverses the logic of liberal Protestantism and it affirms the fact that we as an institution are not made up of students and faculty who happen to be at the same place at the same time, but as those who are drawn by specific truths that we believe are drawn from Scripture and rightly believed by the church.

CS: What’s the importance of the subtitle emphasizing “The Living Legacy of Southern Seminary’s Abstract of Principles.”

RAM: I think it’s important to understand there are very few new arguments. So the arguments that were made by more liberal — or moderate professors as they called themselves during many decades of the 20th century — was that they had a right of private interpretation of the confession of faith. And that wasn’t new. That goes back centuries in terms of Christian theological conversation, and one of the things I wanted to show is that the founders of the seminary sought to preclude that argument from the very beginning. They used that exact language to say that’s not allowable. So I want students to know that when faculty members sign the Abstract of Principles it’s not merely that they sign it as a symbolic act, it’s not that they merely sign it saying they understand this is what the institution represents. It’s not just that they agree to teach within these theological boundaries. It’s that they confess this is the faith they also believe and want to teach. I also wanted to document what was actually going on and that’s why in that chapter I make certain to document how my experience as a student in the classroom was typical of what those of my generation received. I had Professor Dale Moody as a professor, and he handed out his revisions of the Abstract of Principles in class. I hope that’s shocking to our students today, and it ought to be. And that’s a part of why such a reformation of the institution was necessary.

CS: What is it like to have this book come out as we approach the 500th anniversary of the Reformation?

RAM: That’s always in the background. Frankly, one of the reasons I wanted to do this now is I think the need for it is immediate, but also because I wanted to reserve 2017 for direct attention to the Reformation itself. But the sequence is really important. We would not be who we are and we would not have the confession of faith we do had it not been for the Reformation of the 16th century. Five hundred years is a massively important anniversary and getting the story right is part of how we honor that anniversary.

CS: So we look at this project and how it serves our mission and reminds students and professors of our living legacy, but how can this project serve the denomination as a whole? 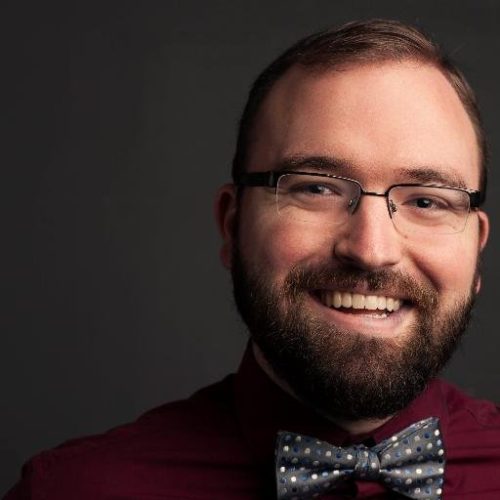 This article published in  All Towers issue categories need to be placed under this category., Towers Issue