Editorial: Learning with Peter to “Stand Firm in God’s Grace”

Simon Peter is perhaps one of the most attractive of all the people and writers of the NT. He is a predominate individual in the Gospels and the early part of Acts, as an apostle of our Lord Jesus Christ. Like his brother Andrew, Simon was a fisherman before he was called to follow Christ. Peter came from Bethsaida, on the northern shore of the Sea of Galilee ( John 1:44), but he made his home in Capernaum (Mark 1:21, 29), where he lived with his wife, his mother-in-law, and Andrew (Mark 1:29-30). From the Gospels we know of his temperament as strong-willed and quick to express his thoughts and emotions (see John 13:6-9; Matt 26:33). He clearly is the leader of the apostolic circle which is evidenced by the fact that he is listed first in every list of apostles and he functions as the spokesman for the apostles (see Matt 16:15ff). It is not accidental that Jesus nicknamed him “The Rock,” a pun The Southern Baptist Journal of Theology 21.3 (2017) 6 on his name and reflective of his personality, his leadership skills, and his deep love for Christ.

Peter, as a Galilean, was probably caught up with revolutionary Messianic expectation. Similar to others in the first century, faithful Israelites longed to see the OT prophecies of God’s rule and reign come to this world in salvation and judgment. They longed to see a reversal of Israel’s fortunes and God’s kingdom break into this world through the coming of the Messianic, Davidic king. Given that Peter shared these same hopes and longings, it is not surprising that we discover in the Gospels that when news reached him and his brother about Jesus, he and his friends left their fishing and travelled south to hear him, and in the words of his brother Andrew, “We have found the Messiah” ( John 1:41). As Peter accompanied Jesus, heard him preach and witnessed the power of the dawning kingdom in him, eventually at Caesarea Philippi he rightly confessed that Jesus is the promised Messiah and Davidic king (Matt 16:16). Jesus accepted the title, but then began to teach them that the Messiah was the triumphant ruling King who first “must go to Jerusalem and suffer many things … and be killed” (Matt 16:21). Peter was not expecting a suffering Messiah and Jesus rebuked him strongly.

Initially, Peter did not learn from Jesus’ rebuke; at this point in his life he simply did not understand that Jesus was the Messianic King who first had to die. Peter’s initial views of the kind of Messiah Jesus should be were probably confirmed when only a week later he saw Jesus transfigured before him in power and glory, even though Moses and Elijah spoke of his “departure” (Luke 9:31) and Jesus repeatedly spoke of his upcoming death (Mark 8:31; 9:31; 10:33f, 45). After the events of the Upper Room, the trial, and his threefold denial of Jesus, Peter went out into the night to weep tears of deep disappointment–the Messiah whom he longed for was now dead. Seemingly, Peter’s hopes, along with the other disciples, were dashed.

But then the resurrection occurred. Finally, after the resurrection, Peter understood that Jesus was the Messiah who first had to suffer and die for our sins in order to take his throne and be seated at the right hand of the Father. Peter now grasped what Jesus had taught the disciples from the beginning, namely that he had to suffer to fulfill all Scripture (Luke 24:25-27). After Jesus’ Ascension and the events of Pentecost, Peter, and the other disciples, now began to preach that the cross was not an afterthought in God’s plan; Editorial: Learning with Peter to “Stand Firm in God’s Grace” 7 instead it was foreordained (Acts 2:23-24). In Christ and his cross, the OT prophetic word is fulfilled and the new covenant era is now here. In Christ, the end of the ages had dawned, the church comprised of believing Jews and Gentiles is now formed, and the inter-advental age has begun. But Peter also grasped that during the time between the first and second coming of Christ, the church, as God’s new covenant people, would experience trials, suffering, and difficulties simultaneously with the glorious proclamation and spread of the gospel. As such, Peter, along with the other apostles, learned what it meant to suffer for Christ’s sake. In fact, according to tradition, Peter was crucified in Rome under Nero. By the power of the gospel, Peter’s old fiery, fighting spirit was replaced by his new and living hope in Christ Jesus (1:3). Following Christ entailed that he would enter glory by first experiencing suffering—all truths that are predominant in 1 Peter.

First Peter is truly a model pastoral letter. In it, Peter encourages the church as persecution surrounds them. He does so by reminding them that although Christ is the King and in his work has inaugurated the new creation, no Christian will avoid suffering until Christ returns. Christ’s cross-work has accomplished our eternal redemption, but we, as his disciples, must also learn that we will suffer now with glory to follow. This is a message that the church needs to hear today. Outside of the West, the church is facing ongoing onslaughts of persecution and suffering for Christ’s sake. In the West, we see looming increased pressures to compromise to the culture and conform our thinking to the “spirit of the age.” In such a time as this, 1 Peter is a book to study, teach, and preach in our individual lives and in the church.

Peter addresses his letter to “God’s elect, strangers in the world, scattered throughout Pontus, Galatia, Cappadocia, Asia, and Bithynia” (1:1). Today, the places named are in the northern part of modern Turkey. It is unlikely that the readers had been evangelized by Peter (cf. 1:12) but nonetheless Peter writes to encourage them in the midst of their trials. Most argue that the church is comprised of believing Jews and Gentiles. Some try to argue that the church is only comprised of Jewish believers due to the language of Israel applied to the church (2:9-10), but this is hard to justify. Within the letter Peter addresses the church as coming from a pagan or Gentile background (see 1:14, 1:18, 2:25; 3:6; and 4:3-4). Peter says that the readers lived in “ignorance” (1:14), “vainly” (1:18), and once living a life characteristic of Gentiles (4:3-4). A better explanation is that the church is now comprised of The Southern Baptist Journal of Theology 21.3 (2017) 8 believing Jews and Gentiles who are viewed as the renewed, eschatological true Israel because of the person and work of our Lord Jesus Christ. In him, God’s new humanity, the church, has been formed and in Christ, all of God’s promises are now fulfilled in him and his people. Yet, until Christ returns, the church will live as “resident aliens” in this world even though they are the people of the new creation. Living between the times, we stand firm in God’s grace, but we also have realistic expectations of what we will face as we await the coming of our Lord.

Throughout the letter, Peter reminds the church of many glorious truths, but he does so by focusing on what God has done for us in Christ Jesus. Peter reminds this suffering church about the glories of the crucified, risen Son of God. In Christ’s suffering he has brought us salvation. Peter presents Jesus’ death as sacrificial (1:2, 18-19) and central to God’s eternal plan—Christ was “chosen before the creation of the world” (1:20). Jesus’ death was no tragic accident but the fulfillment of God’s purpose to inaugurate a new covenant and bring about the full forgiveness of our sins (3:18; 4:1; especially 2:4-8). Christ is the “stone” the builders rejected (cf. Isa 8:14; 28:16; Ps 118:22), but they have rejected the one whom the prophets predicted in regard to his death and the glories that would follow (1:11).

Although Christ’s death and resurrection is utterly unique and the only ground for our justification before God, Peter also presents Jesus as an example for us of how to bear suffering (2:21). Jesus did not respond to insults with insults but committed himself to the Father. In Christ bearing “ours sins in his body on the tree” (2:24), he not only accomplishes our salvation but also provides an example for us in how we are to face the onslaughts of this world opposed to God and under the power of Satan. Peter also encourages the church that our salvation in Christ is a present possession. We have already been purified (1:22) since we have been born again by the Spirit (1:23). But even though salvation is presently ours, we still must await its appearance “to be revealed in the last time” (1:5) as the end of all things draws near (4:7). We must wait patiently to receive our crown of glory when our Chief Shepherd appears (5:4).

In light of this, Peter reminds us how we ought to live as the church between the times. The message of 1 Peter is needed for us today. We constantly need to be reminded of the glories of Christ and how we ought to live as “resident aliens” in the world. This present world is not our home; we await the Editorial: Learning with Peter to “Stand Firm in God’s Grace” 9 consummation of the new creation. But in the meantime, we are to live as God’s holy people, bearing witness to God’s sovereign grace in their lives, as we live quiet, humble, and godly lives, knowing we are God’s own possession and heirs of the new creation. It is my prayer that this issue of SBJT will be an encouragement to the church today. 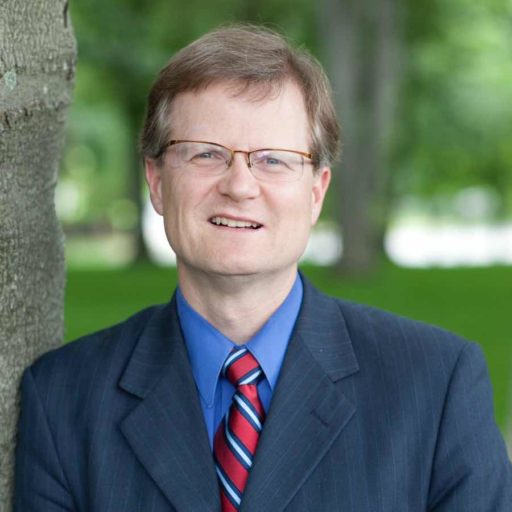