Home · Article · Should I go to seminary?

Should I go to seminary?

Wouldn’t it be easier just to stay put and read a little more?

I was on the patio of a Starbucks when I decided I was going to seminary. My wife and I were there with a local pastor to pick his brain on the pros and cons of theological education and before the conversation was over, I knew we were going. By this time, I had been considering seminary for a while. I was serving as a youth minister and felt called to spend my life pastoring, but I also felt ill-prepared for the task. Now, six years later, I’m sitting at a Starbucks again. I’ve just graduated from SBTS and am preparing to begin serving as a pastor in a church in North Carolina.

Perhaps you are considering seminary. You want to be used by God and you want to serve the church, but you are sensing that you, too, might need more training. You might also be wondering if it’s really worth it. After all, seminary requires lots of time and money. Should you go? Which degree program should you choose? Wouldn’t it be easier just to stay put and read a little more? Allow me to offer you a few pieces of advice. Just as God used that pastor to clarify my calling, I pray this would help do the same for you.

The call to ministry is a call to prepare

So, should you go to seminary? That depends on if you want to be prepared for ministry or not. Over and over in the Bible, when God calls a man to ministry he first sends him into a season of preparation. Abraham, Moses, Joshua, David, Paul, even Jesus—they all spent time being equipped for the task they were called to. You are not an exception. If God has called you to pastor, then he has by extension called you to prepare.

Could you imagine running the Boston Marathon with no training at all? Of course not. A marathon is a grueling test of physical and mental fitness that takes quite a while to work up to. A lifetime of ministry is similarly grueling. You could jump right in and start running, but your chances of finishing improve considerably if you take the time to train before you begin.

What if I’m not academically inclined?

One of my big reservations was that I’m not really a “school” guy. I don’t love studying, reading, writing, etc. Seminary seemed daunting to me. Many of the guys I knew that pursued theological education study as a hobby. Me, I just wanted to work with people. Is that you? Then you definitely should go.

Because study doesn’t come naturally to me, the structure of a degree program forced me to learn what I would have otherwise avoided. I might have read a preaching book on my own, but without seminary I just wouldn’t have studied church history or systematic theology. It turns out, however, that pastoral ministry requires a working knowledge of both. If you’re not the kind who will study theology on your own, then by all means please go to seminary!

OK, but which degree?

Imagine you’re sitting on the operating table. The doctor hovering above you with a scalpel is about to perform open heart surgery. He seems nice, caring, and zealous for the task at hand. Reassuring, right? Now imagine that doctor only has a high school diploma. All of a sudden, you’re a lot less concerned with how genuine he is. Why? Because the job he’s doing is serious and he needs more than good intentions to do it well.

Pastors also have a very serious job to do. Just as patients need a skillful doctor, so too do our church members need skillful pastors. We hold doctors to the highest educational standards. How much more important is the work of a pastor? I know how tempting it is to rush seminary. At one point, I considered bailing on the M.Div.(designed to be a minimum of training for pastors) and getting an M.A. instead. But God had called me to pastor, and I was never comfortable cutting my training short. Put in the work and leave seminary trained for the task at hand. Don’t shortchange yourself or your ministry.

Now, I know no one chooses seminary because they want to suffer. But you should know that the challenges involved are not something you should avoid. They are tools in the hand God used to shape you into the pastor he’s calling you to be. Do you desire to be a man of character? Of discipline? Of perseverance? Seminary will help.

What are you waiting for?

So should you go to seminary? If God is calling you to pastor, then yes. You should enroll in a master of divinity program right away. You should know that it will challenge you and it will stretch you. It will teach you to think and argue and study so that you are prepared for the ministry ahead of you. It will be hard and it will be long. But it will be worth it. 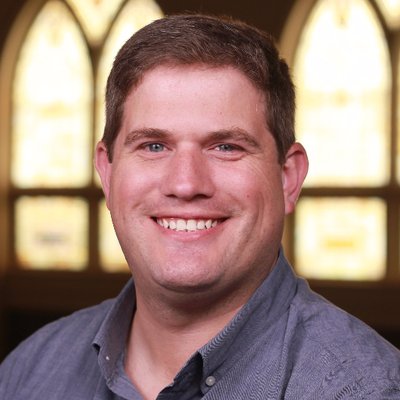 Pastor of Discipleship at CCC Huntersville