Home · Article · How should I preach the genealogies in Scripture?

How should I preach the genealogies in Scripture?

The genealogies challenge every Bible reader and every expositor, but they also yield the fruit of a greater grasp of the biblical narrative.

In a culture accustomed to an endless stream of entertainment, a sermon on a genealogy surely must rank alongside a root canal or a trip to the DMV on the last day of the month. Even many mature saints skip these passages in their Bible reading or become discouraged trying to read them, so it’s unlikely a pastor will create excitement by announcing that next week’s sermon will be on a roster of names.

Pastors, as we preach through the Scriptures, we must reaffirm our conviction in the inspiration of it all. Since even a list of names, has been breathed out by God, we can be sure these passages show us the character of God, reveal the work of Christ, and build us up to follow him.

The first responsibility for every preacher is discovering the author’s intent. We know the biblical authors, under the inspiration of the Holy Spirit, wrote using their own distinct vocabularies, backgrounds, and experiences to make their points. The surest way to grasp the author’s main point is to approach the text with questions. By asking good questions, we examine details, drill below the surface, and discover clues that reveal the author’s message.

There are three specific questions we can ask to get at the heart of the genealogies — so that we preach the gospel and build up God’s people through them.

The first priority is to see how the author uses the genealogy. He may use it as a way to contrast two family lines, as in the families of Cain and Seth in Genesis 4 and 5. Cain’s line begins and ends with a murderer. His family ultimately ends with the flood. But Seth’s line leads to Noah, a righteous recipient of grace who preserves humanity through obedience.

We should also see what kind of genealogy we’re dealing with, since different kinds make different points. In Genesis 10, the author traces Noah’s descendants by naming each son, the sons of these sons, the sons of their sons, and so on. This “Table of Nations” goes all the way to Terah, the father of Abram. Grasping the difference in genealogies gives us a glimpse into the author’s intent.

When you’ve been reading the Bible for years, you can forget just how audacious many of its promises are. God takes a childless old man with a barren old wife and tells him he will father a great nation. With the benefit of knowing the end of the story, we marvel at Abraham’s lack of faith in trying to procure a descendant through Hagar and lying about Sarah being his sister. Yet if put ourselves in Abraham’s shoes, we realize how crazy this promise is. So we should read the later genealogies in Genesis and Numbers with amazement.

The list of people who came with Jacob to Egypt (Gen 46:8–27) shows that, in just a couple of generations, the Lord expanded Abraham’s family in a way that seemed impossible back in Genesis 18. The numbering of God’s people during the wilderness wanderings shows that while they aren’t as innumerable as the stars in the sky yet, God has made Abraham a great nation and isn’t done fulfilling this promise to him and his descendants (Num 1–4.)

The genealogy of Matthew 1 links the birth of Christ to both Abraham and David. That the genealogy moves from Abraham to David to the return from exile is no accident. Matthew begins with Abraham, whom God promised would bless all peoples of the earth, and then ends with Christ’s command to make disciples of all nations. And by mentioning David early in the genealogy, Matthew signals that Jesus is the long-awaited King who will sit on the throne forever.

When we read the genealogies, we shouldn’t be surprised to see God keep his promises. This is what he does. The genealogies also reveal God displaying his grace in ways a first-century reader would find surprising.

The genealogy in Matthew 1, for example, displays God’s grace in unexpected places. It mentions four women: Tamar, Rahab, Ruth, and Bathsheba, whom he refers to as “the wife of Uriah.” We could trace God’s shocking grace in all four, but let’s focus on Rahab and Ruth. Compare these women—both born outside Abraham’s line—with the women Matthew could have included. He doesn’t mention Sarah or Rebekah, who both play important roles in the Genesis narrative. Instead, we see Rahab, the prostitute from Jericho who’d heard how God miraculously delivered Israel from Egypt. She hid the spies and stealthily sent them out of the city (Josh. 2). Then he focuses on Ruth, the Moabite widow who shows faithfulness to her widowed mother-in-law and receives the blessing of redemption through Boaz.

In both instances, we see God show grace to outsiders with shady backgrounds. Joshua identifies Rahab by her notorious vocation, and Ruth descends from a people who owe their origin to drunkenness, deception, and incest. That these two women with ethnic origins outside of Israel should be singled out in the genealogy of the Lord Jesus shows God’s far-reaching grace in welcoming outsiders into his family.

The genealogies challenge every Bible reader and every expositor, but they also yield the fruit of a greater grasp of the biblical narrative, a greater confidence in the promises of God, and a greater appreciation for the grace of God. Like all other Scripture, the genealogies bear the stamp of divine inspiration and equip us for good works.

We just have to develop the eyes to see it. 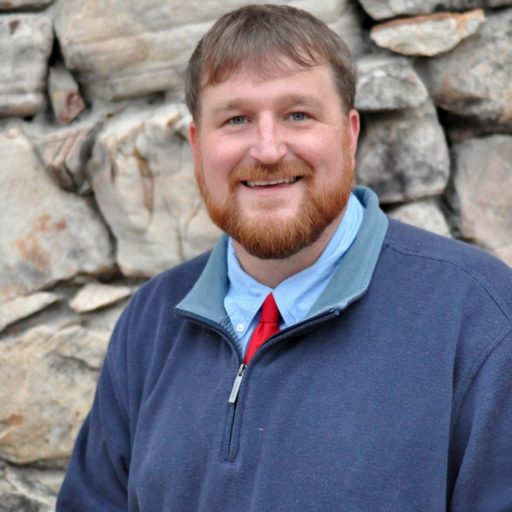 Scott Slayton (M.Div., SBTS) serves as Lead Pastor at Chelsea Village Baptist Church in Chelsea, Alabama. Scott and his wife Beth have four children: Hannah, Sarah Kate, Leah, and Matt.  He regularly writes at his personal blog One Degree to Another.