Home · Article · On technology and preaching

On technology and preaching

Being distracted is not the biggest risk of using technology in preaching. The greater danger is missing God himself.

I recently had a student tell me that he preached in a church in Tennessee that had him speaking from a platform that turned into the equivalent of an IMAX experience for the congregation. The technology allowed him to “take” his listeners to places like outer space and the holy land of Israel with moving, high-definition digital images, changing weather patterns, and movie-theater quality sound.

As he was selling me on this experience and the value of it for all churches, I kept thinking to myself, “In all this noise, how could they hear a word he said?” But being distracted from my student’s words is not the biggest risk of using technology in preaching. The greater danger is missing God himself.

My theology of preaching understands the preaching exercise as nothing less than a monologue from heaven. In other words, the expositor (peaching as monologue from God requires exposition of biblical texts) is a messenger for God as he heralds the truth of any particular biblical passage. This, of course, is how the apostle Paul understands preaching when he describes preachers as “ambassadors for Christ, God making his appeal through us” (2 Cor. 5:20). According to this text, God is actually appealing to the world through a human herald. Breathtaking.

What does all of this have to do with technology use in preaching? Everything.

Let me explain this with the help of Jean Twenge from an article she wrote for The Atlantic posted recently. In “Have Smartphones Destroyed a Generation?” Twenge chronicles the thinking of a 13-year-old girl regarding her smartphone use and that of her peers. At one point the girl (under the pseudonym “Athena”) admits her frustration over friends who do not listen to her when she’s trying to talk with them about something important to her:

In my conversations with teens, I saw hopeful signs that kids themselves are beginning to link some of their troubles to their ever-present phone. Athena told me that when she does spend time with her friends in person, they are often looking at their device instead of at her. “I’m trying to talk to them about something, and they don’t actually look at my face,” she said. “They’re looking at their phone, or they’re looking at their Apple Watch.” “What does that feel like, when you’re trying to talk to somebody face-to-face and they’re not looking at you?,” I asked. “It kind of hurts,” she said. “It hurts. I know my parents’ generation didn’t do that. I could be talking about something super important to me, and they wouldn’t even be listening.”

Once, she told me, she was hanging out with a friend who was texting her boyfriend. “I was trying to talk to her about my family, and what was going on, and she was like, ‘Uh-huh, yeah, whatever.’ So I took her phone out of her hands and I threw it at my wall.”

Most everyone today, I imagine, can relate to Athena’s experience. Many of us have felt the urge to grab someone’s phone and move it aside in an effort to make way for real, uninterrupted conversation.

Message from a King

Now, here’s the simple (and profound) point I want to make from this regarding preaching: if it really is God speaking through the preacher (which it is) then God forbid we miss one word he’s saying. And technology use (whether screens up on the stage or in a listener’s hand via smartphone or tablet) dramatically increases the risk of this happening.

As an expositor I am delivering a message from the King. Therefore, when I’m preaching I want all eyes on me, not wandering into some starry abyss of high-def images born along by a Hans Zimmer-like score. (Can you imagine coming into the presence of the King of glory and while he’s talking you look down at your smartphone to read a text? Do not expect him to take it lightly when you look up and say, “Wait, what was that? I missed what you said because I had to reply to a text real quick.” This would not end well for you.)

O preacher! Preach as if God really has spoken in the inspired Scriptures (all 66 books of the Bible), and with the conviction that he still speaks through what he has spoken! And as you listen to sermons by faithful expositors, do everything in your power to give the preacher your undivided attention. For in his words you’ll hear something infinitely greater than any text or tweet or chat — you’ll hear God himself. 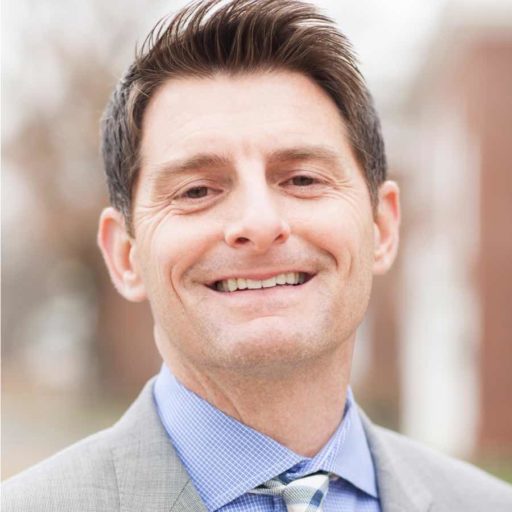 Michael Pohlman is Associate Professor of Christian Preaching at SBTS.