The missions legacy of Billy Graham

We will probably never see another Billy Graham. We may never even see another ministry like his was.

This year we mourned the passing of Billy Graham and, had he lived until November 7, he would have reached 100 years of age. Without a doubt, Billy Graham had a preaching ministry that impacted the world perhaps more than any other in modern history. There are those who debate the effectiveness of Billy Graham’s ministry and methodology in evangelism. Others doubt the effectiveness of crusade evangelism in general in reaching and making disciples for the Lord Jesus Christ.

It can be demonstrated that even Billy Graham had his concerns about the depth of commitment made by those coming forward at his crusades to receive Christ. However, perhaps he could have responded as D. L. Moody did to one of his detractors who said, “I don’t like the way you reach people with the gospel.” Moody replied to her, “I agree with you. I don’t like the way I do it either. Tell me, how do you do it?” She replied, “I don’t do it,” to which Moody responded, “Well, I like my way of doing it better than your way of not doing it.”

The purpose of this article is not to debate Billy Graham’s evangelistic methodology, but to mention a few of the contributions he made to the world missions endeavor within his lifetime.

When Billy Graham, Cliff Barrows, George Beverly Shea, and Grady Wilson were in a crusade in Modesto, California, they met in a hotel room and wrote down some rules for the ministry designed to keep them from falling into some of the sinful traps which had taken out so many before them. These traps included perceived temptations in the areas of financial, promotional, and sexual purity.

They also discussed the need to work with local churches in every location they held evangelistic crusades. What was dubbed the “Modesto Manifesto” had a tremendous impact on the “above reproach” nature of Billy Graham’s ministry and has been copied by other organizations and agencies since. Part of the legacy of the Billy Graham Evangelistic Association was to become the founder and a charter member of the “Evangelical Council for Financial Accountability” or ECFA.

Today a large number of evangelical associations, ministries, denominations, and agencies are members of the ECFA and have their financial structure scrutinized on a routine basis to assure their donors, board members, and constituents of their financial integrity. This has been of great benefit in distinguishing organizations that maintain financial integrity from those that do not.

As mentioned above, Billy Graham and his ministry sought to involve themselves heavily with the local church in every location where he preached. He recognized that it was impossible for the Billy Graham Evangelistic Association to follow up with those who were coming to Christ, much less have any impact on the discipleship of these new believers.

He recognized that this was work that must be done by Bible preaching local churches. This emphasis on the local church has been incorporated into the mindset of a number of parachurch ministries and missions agencies since then. It has been recognized, as it must, that the work of fulfilling the Great Commission is a mandate to the church and not to missions agencies.

The work of any missions endeavor must be done in conjunction with and as assistant to the local church with the aim of planting, training, strengthening, and mobilizing new churches for the glory of God and for the further fulfillment of the Great Commission.

Billy Graham’s involvement in establishing the Lausanne Committee on World Evangelization demonstrated his confidence in the brothers and sisters in the church in the Majority World to be full partners in the work of Global Evangelism. When we refer to “Majority World,” we are speaking of those believers who make up the majority of the population of the church in the world living outside of the nations traditionally referred to as “the West” or the “Western World.”

Graham’s attitude was not paternalistic, but collaborative and empowering with and toward the Majority World church. At numerous meetings of the Lausanne Congress, Graham would look out on the crowd of evangelists and church planters from all over the world and declare, “You are my successors.” This attitude of involving brothers from all over the world as equals in the task of preaching the gospel is a legacy that Graham has left us all.

Today, many missiologists see the Majority World as the primary force in world evangelization. Billy Graham perhaps saw that first.

These are only a few of the areas where Billy Graham’s legacy continues to live in the world missions endeavor. As we celebrate his life this year and mark the hundredth anniversary of his birth, we can thank God for a man like Billy Graham and for what God has taught us through him.

We will probably never see another Billy Graham. We may never even see another ministry like his was. God is moving through other persons and methods to accomplish the Great Commission in our day, but always using the gospel as the means of calling people to salvation in Jesus Christ. However, Billy Graham has left behind some lessons that we dare not forget. 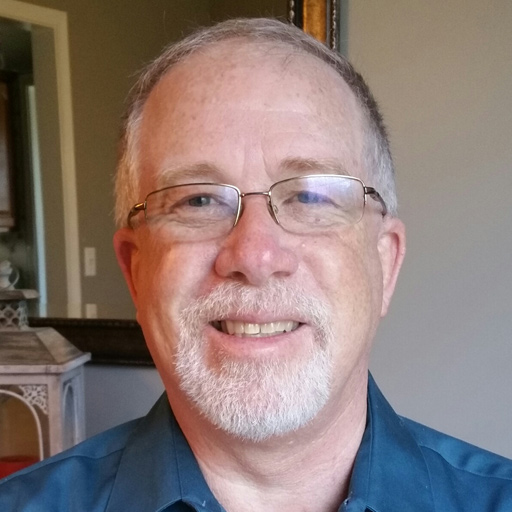 Anthony Steele serves as training facilitator for Latin America with Reaching & Teaching International Ministries. He is a two-time graduate of Southern Seminary (M.Div. 1988, D.Miss. 2016) He is married to Beverly and has two children and four grandchildren.