Home · Article · ‘God plus’ or bust; lose the incarnation, lose it all

‘God plus’ or bust; lose the incarnation, lose it all

The doctrine of the Incarnation isn’t a hot topic in the circles I run in. I’ve seen little ink spilled over it. The mission of the church, the place of penal substitution, the role of women in ministry, and the legitimacy of multi-site? Sure. But not the Incarnation and two natures of Jesus. That’s why…

The doctrine of the Incarnation isn’t a hot topic in the circles I run in. I’ve seen little ink spilled over it. The mission of the church, the place of penal substitution, the role of women in ministry, and the legitimacy of multi-site? Sure. But not the Incarnation and two natures of Jesus.

That’s why June 3, 2011 was such a wake-up call for me. I was traveling the Middle East with seminarians and laypersons from around the United States, few of whom could be described as conservative evangelicals. Not the sort who’d be caught scribbling “Frequent The Gospel Coalition” site on a New Year’s resolution list, in other words. On this particular day, I was chatting with one of my new friends, a successful 57-year-old businessman from Atlanta. This gentleman—we’ll call him Bill—loosely identifies as a Christian. For him, Christianity is more about global philanthropy and mystical connection with the divine than it is about historical events.

Bill views the Incarnation as a beautiful Christian symbol—culturally and spiritually meaningful, to be sure, but historically necessary? He’s not convinced.

More than 30 years ago, J. I. Packer wrote an article titled “The Vital Question” for Themelios (the entire archives can be accessed for free at TGC). In it he considers whether Jesus of Nazareth was and remains God in person—that is, whether the deity of Jesus is “an item of factual truth” or “a notion with the status of a non-factual myth.” For Bill, this question is intriguing; for Packer, it’s imperative. He writes, “This is as far-reaching an issue as can well be imagined. On it hangs your view both of God and of salvation.”

All Christologies, Packer argues, can be boiled down to two basic brands: “Man Plus” and “God Plus.”

“Man Plus” Christologies almost unanimously agree that Jesus was a unique figure. He was no ordinary man. He was man plus a number of things—a unique sense of the divine, uncommon personal charisma, unfettered religious devotion, God-given insight, and so on. Jesus of Nazareth was a godly man, perhaps even the godliest man ever to walk the earth. Still, the idea that Jesus was God is a myth. It doesn’t correspond to space-time fact, nor does it really need to.

“God Plus” Christology, on the other hand, is the position of historic Christian orthodoxy. It’s the view that Jesus of Nazareth was actually—that is, historically, publicly, objectively, necessarily—God incarnate. He was divinity plus humanity. Wrapped in swaddling cloths and lying in a manger was the eternal second person of the Trinity.

So virtually everyone agrees Jesus was unique. But what was the nature of his uniqueness? Anti-incarnationists invariably ground it in his impact, while Christians root it first and foremost in his identity. In fact, believers maintain, his impact is a function of his identity, for without the Incarnation, the entire edifice of Christian doctrine would crumble.

The fundamental dividing line, then, between “Man Plus” and “God Plus” Christologies isn’t whether Jesus was unique. It’s whether he was divine.

It’s nearly impossible to overestimate the significance of the Incarnation for Christian belief. To deny the Incarnation is to undercut the very scaffolding of orthodoxy, for a non-divine Jesus is neither the one whom the New Testament presents nor he for whom believers throughout history have lived and died.

Practically speaking, “humanitarian” Christologies eviscerate both our objective reconciliation through Christ and our subjective renewal in Christ. Everything bound up with these precious doctrines vanishes the moment we discard his deity. A superhuman Jesus can inspire and he can impress, but he cannot redeem. The “humanitarian scaling down of Jesus Christ,” as Packer puts it, robs us of the divine Savior we so desperately need.

Anti-incarnational Christologies, though perhaps appearing benign, empty the gospel of its meaning and eternity of its hope. They don’t merely gut the richness of our salvation; they gut salvation itself. After all, if we deny that Jesus was God incarnate, then we cannot ascribe to him “any mediatorial ministry involving anything which it takes God to do.” Once the Incarnation hits the cutting room floor, the entirety of our salvation isn’t far behind.

Far from being some outmoded leftover from a more primitive stage of belief, the Incarnation is a truth on which the very hope of Christianity hinges. If we lose it, we lose everything.

From an anti-incarnationist standpoint, Jesus’ significance for us consists in a revelation of godliness but not of God himself. “Teacher and brother-man and example to us he may be,” Packer writes, “but Son of God and Savior he is not.”

Downsized versions of Jesus are bound to become both more common and enticing. But make no mistake: only the divine Jesus, displayed on the pages of holy Scripture, is worthy of being trusted and treasured. This Christmas, let us adore him who lay in the manger not simply for being a godly man, but for being and remaining, for us and for our salvation, the God-man.

Athanasius, On the Incarnation

Donald MacLeod, The Person of Christ

Robert Peterson and Christopher Morgan, eds., The Deity of Christ

B. B. Warfield, The Person and Work of Christ

Richard Bauckham, Jesus and the God of Israel

Murray Harris, Jesus as God: The New Testament Use of Theos in Reference to Jesus 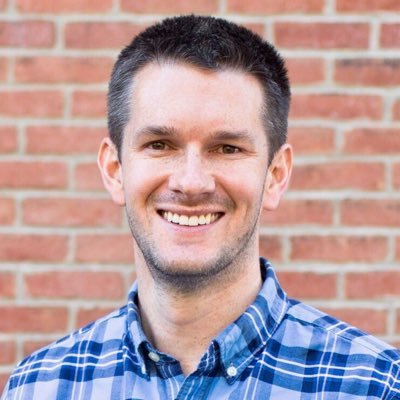 Managing Editor of The Gospel Coalition

Matt Smethurst is managing editor of The Gospel Coalition and author of Before You Open Your Bible: Nine Heart Postures for Approaching God’s Word (10Publishing, 2019) and 1–2 Thessalonians: A 12-Week Study (Crossway, 2017). He and his wife, Maghan, have three children and live in Louisville, Kentucky. They belong to Third Avenue Baptist Church, where Matt serves as an elder. You can follow him on Twitter.