Home · Article · Why every preacher should know John Broadus

Why every preacher should know John Broadus

When John A. Broadus died in 1895, his colleague William H. Whitsitt remarked, “Unrivaled genius and usefulness, exquisite learning, peerless eloquence, iron industry, apostolic piety, have all been scattered here by the touch of death.

It would seem that a man of such endowments and achievements should be formed to live a thousand years.” Broadus served on the first faculty of The Southern Baptist Theological Seminary as professor of New Testament, Greek, and homiletics. He also served, following the death of James Petigru Boyce, as the second president of the seminary, 1888- 1895.

The praises poured out at his death merely gave intense summary to judgments stated throughout his life. The variety of contributions he made to Baptist life, the worldwide conversation he maintained, the global attainments of his students, and the ageless impact of his diversified scholarly contributions give him an ongoing witness even among those who will never know they have benefited from him.

An educator of preachers

Though his accomplishments were of Renaissance proportions, we remember him particularly as a preacher, a teacher of preachers, and a theoretician of preaching. When theological education was seen as barely tolerable if not undesirable, Broadus’ preaching made it just the thing that everyone should pursue. In an 1892 article titled “Educating a Preacher,” the editor of the Baptist Record wrote:

Education has done for Dr. Broadus just what it ought to do for every preacher who has the advantage of the schools. Not that all of them can come up to him, but they should try to be just as simple and as natural as possible. . . . We fear that many prefer pomposity to simplicity as they regard it as a work of greatness.

The writer then clinched his analysis through anecdote:

A Virginia planter, having heard Broadus preach, rose to make a public observation. “Brother Moderator, I am a plain, uneducated man. I’ve heard a great deal said about the scholar who spoke just now, and I listened carefully to what he had to say and I did not hear him say a single word that I did not understand. Now, sir, if educating a preacher makes him talk that way, I want to help.”

Though his talent in public declamation clearly exceeded most of his peers, he often labored to minimize the tactics of his apt delivery. Preaching in Fredericksburg in 1853, he gave special attention to simplicity of content and delivery. “The sermon was rather languid, and certainly one of the most commonplace that even I have ever preached,” he wrote his wife, Maria, about his sermon on Colossians 1:28. Even though the church was crowded and overflowing, he “felt no disposition to rise above a mere unpretending repetition of what they have been hearing from their childhood.” The effects of the sermon rose far beyond the languid or commonplace as Broadus “soon perceived that many in the congregation were deeply moved, and as I spoke of Jesus the Saviour, the all-sufficient, the loving, the only Saviour, and warned then not to reject him, not to put off, warned them to flee the wrath to come, many wept.” Among those moved to weeping like children, were “strong men, they say, and near to the door where the atmosphere is often so chill.”

Matching delivery and grandeur of subject

Ten years later, preaching in the Confederate camps, he remarked again on the difficulty of matching delivery to the grandeur of the subject. “How difficult we find it to preach well.” Musing if anyone had really preached, he lamented, “Oh, it is so hard to preach as one ought to do! I long for the opportunity, yet do not rise to meet it with whole-souled earnestness and living faith, and afterwards I feel sad and ashamed.”

Knowing the difficulty of preaching well and the serious stewardship that lay on the lives of those called to preach, Broadus did all he could to help men be “Mighty in the Scriptures.” His Lectures on the History of Preaching, while admittedly a bare survey, nevertheless show Broadus’ massive knowledge of the whole field of homiletics. He used this knowledge to point to both flaws and powers of the expositors of the past.

Augustine, for instance, was “a great preacher” and a “richly gifted man,” but “unsafe as an interpreter.” His sermons, nevertheless, are “full of power.” If not always correctly, Augustine carefully “explains his text, and repeats many times, in different ways, its substantial meaning.” Augustine’s effective use of dramatic question and answer, apostrophe, digression, and direct address evoked Broadus’ exclamation, “Away with our prim and starch formalities and uniformities!” At the same time, such freedom must be controlled; and in Augustine it “is controlled, by sound judgment, right feeling and good taste.”

None of this, in fact, should change, for until “human nature changes and Jesus Christ changes, the power of the gospel will still reside in the great truth of salvation by sovereign grace.” Others may go their way, but the faithful preacher must “boldly and warmly proclaim the truths… so new to every needy heart, of sovereignty and atonement, of spiritual regeneration and justification by faith.”

His commentary on Matthew always presents “Homiletical and Practical” suggestions at the end of a major exegetical section. For example, in his homiletical suggestions on the Parable of the Sower in Matthew 13:18-23, Broadus noted, “Even if preaching were in itself perfect, it would have a very different effect upon different classes of hearers. Our work cannot be fairly tested by its actual results, but rather by its tendencies, aims, and adaptation. Yet a religious teacher should earnestly seek for tangible results, both in winning and building up.”

In A Treatise on the Preparation and Delivery of Sermons, his homiletical tour de force, Broadus showed himself a master of preaching, not only in practice but in highly articulated theory. In the introduction, Broadus set his discussion in a framework that explained how he could remain so deeply connected to the plain, simple, and earnest people of local congregations, while instructing both aspiring and highly trained theologians worldwide in the craft of sermon building.

In the context of a defense of the conscientious use of the principles involved in effective communication — rhetoric, that is, “thoughtful observation of the way in which men do speak, when they speak really well” — he pointed to four things essential for good preaching: piety, natural gifts, knowledge, and skill. Buried in that discussion are words that reflected Broadus’ endearment to the masses:

Now the things which ought most to be thought of by the preacher, are piety and knowledge, and the blessing of God. Skill, however valuable, is far less important than these; and there is danger that rhetorical studies will cause men to forget that such is the case. It is lamentable to see how often the remarks upon preaching made by preachers themselves . . . are confined to a discussion of the performance and the performer. Unsympathizing listeners or readers have, in such cases, too much ground for concluding that preachers are anxious only to display skill, and gain oratorical reputation.

In a veiled autobiographical depiction of the power of preaching, Broadus portrayed a scenario of a man “who is apt in teaching, whose soul is on fire with the truth which he trusts has saved him and hopes will save others” involved in preaching. The herald engages his fellow-men, “face to face, eye to eye” and in this living interchange “electric sympathies flash to and fro between him and his hearers, till they lift each other up, higher and higher, into the intensest thought, and the most impassioned emotion.”

The sympathies continue to surge “higher and yet higher, till they are borne as on chariots of fire above the world.” In this, the greatest of any human endeavor, “there is a power to move men, to influence character, life, destiny, such as no printed page can ever possess.” 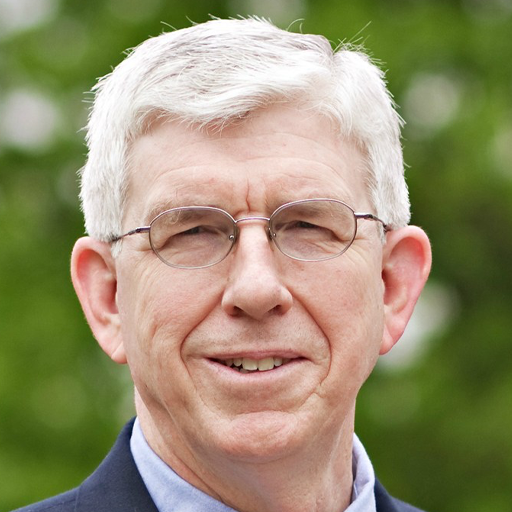