The answer requires nuance, a full look at Scripture, and especially attention to the changes between the old covenant and the new.

In the Bible, we come across a number of places where dreams play a role in advancing the story of God’s people.

In Genesis 20 God protected Abimelech, king of Gerar, from sleeping with Sarah by means of a dream. In Genesis 28 God met Jacob in a dream, revealing to him his presence in the land of Canaan. In Genesis 31 the angel of God told Jacob to leave Laban and return to Canaan.

In reading these dream accounts, the thoughtful reader may ask: Does God still speak through dreams today? Indeed, throughout the Scripture we find God leading his people with dreams. And today, we hear rumbles that Muslims and others are coming to faith in Christ by dreams.

Put this altogether and we might wonder, what should we think of dreams—in the Bible and today? The answer requires nuance, a full look at Scripture, and especially attention to the changes between the old covenant and the new. Yet, when we keep an eye on all those factors, we can give an open-handed answer to this question.

Dreams in the Bible

The place to begin is always in the beginning. So let’s consider how dreams are presented in the Bible.

1. God initiates the dream and communicates through the dream.

In a period of time when God led his people through theophanies and prophetic oracles, dreams played a part in leading and protecting his people. Importantly, God gave dreams to his covenant people and to those who outside the covenant. In this way, we see that dreams do not communicate saving grace, but common grace. They may protect a king like Abimelech or preview coming world events as with Pharaoh, but they do not communicate eternal salvation.

2. Dreams were necessary because God’s revelation was incomplete.

As God started his program of salvation with Abraham, there was no Bible. God was acting in space and time in ways that would later be interpreted and inscripturated by Moses. Naturally, personal divine intervention included dreams directing his people.

3. The interpretation of dreams was included.

In contrast to a dream today that does not have an interpreter, Genesis 40:8 indicates how God interpreted dreams and gave interpretations to Joseph (and later to Daniel). In this way, God-given dreams came with interpretation. This is a significant difference from modern dreams that rely on human wisdom for interpretation.

While dreams continue beyond Genesis, this pattern continues primarily under the old covenant. Dreams do not save people, but they specifically direct people in ways that God designs for the fulfillment of his covenant promises. Thus, they were special revelation, but not a communication of the gospel nor a means of salvation.

Adding to the total picture, we must include Acts 16:9, where Paul is led to Macedonia through a “vision . . . in the night.” Like the dreams of Joseph, Jesus’s father, this communication directed Paul to abandon (for a time) Asia, in order to bring the gospel to Macedonia. The word used here is not dream but vision, but the experience is certainly dream-like.

If a dream, it is the only one recorded after the ascension of Christ. Moreover, because God chose Paul for a unique ministry of apostleship to the Gentiles and gave him visions of heaven (2 Cor. 12:1–10), we must be cautious to base normative Christian practice on his experiences of divine revelation and direction. Moreover, in the only place where dreams are mentioned in the Epistles, Jude 8 warns of false teachers who “rely on their dreams.”

6. The new covenant calls us to the Scriptures, not speculation.

All in all, we can say God directed his saints by means of dreams throughout the Bible, but because most of the Scripture records events, people, and revelation under the old covenant, we have little reason to believe dreams will now play a normative part of the Christians life. Just the reverse, the New Testament affirms the sufficiency of the Scripture, such that dreams (like that of Joseph and Daniel) would pull disciples of Christ away from Scripture, rather than studying the word (2 Tim. 2:15) and learning to obey all that Christ commands (Matt. 28:19).

In other words, with the full revelation of God in Christ (Heb. 1:1–2), we do not need dreams to follow God. Rather, the Spirit has been given to instruct Christians in wisdom and knowledge. Borrowing an analogy—one that Scripture uses (Gal. 3:24–25; Eph. 4:11–16)—saints under the old covenant were young children, but saints under the new covenant are growing into adulthood. It would hinder maturity to be constantly looking for dreams, instead of learning the ways of God from the Scriptures which make us wise.

To say it more completely, just as young children need direct instruction (not multiple options to decipher), so the Lord gave the people of Israel dreams to lead their steps. However, when the Spirit came, instruments like “lots” went away (Acts 1). In their place, God gave his people the mind of Christ (1 Cor. 2:10–16) to think biblically about all of life. Now that the full revelation of God had come, the old covenant means revelation was replaced by a normative pattern of biblical exhortation and Spirit-filled churches instructing one another from God’s inspired word.

This focus on the Bible has become the normative pattern for worship and discipleship. Churches or teachers who call people away from the sufficiency of Scripture, therefore, invite all manner of speculation—the very thing Paul warned against in 1 Timothy and Titus.

Nonetheless, there continue to be reports of dreams, especially on the mission field and among Muslim nations. So what do we do with those testimonies? What should we make of dreams today? Part 2 will seek to answer that question. 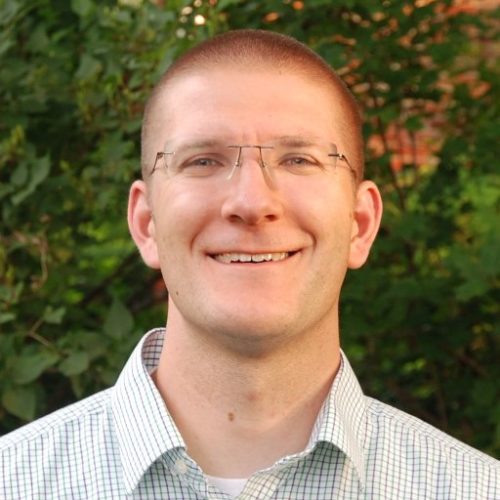