Home · Article · How can I know that my child is saved?

How can I know that my child is saved?

While we are not God and cannot see the heart, certain evidence can help us discern the legitimacy of a child or teenager’s profession of faith.

Is my child a Christian?

As parents, we all wrestle with how to answer this question, and I’ve found there are usually two extremes that need to be avoided. The first is made worse by a lack of discernment shown in many churches when they routinely extend altar calls to 4- or 5-year-olds, ask them to raise their hands if they love Jesus, and then baptize them as converted followers of Christ.

The second is often a reaction against the carelessness of the first. This extreme prevents both parents and also pastors from being willing to affirm a child’s conversion until they are adults, independent of their parent’s authority and care. While reluctance on both counts is somewhat warranted, I believe a middle ground must be approached in order to discern clear biblical evidence that a child, teenager, or young adult has become a new creature in Christ.

Admitting the obvious—that we are not God and cannot see the heart—I maintain certain evidence can help us discern the legitimacy of a child or teenager’s profession of faith. In the spirit of Jonathan Edwards’s five signs of true conversion, here are five evidences I often use as a template when dealing with this difficult issue.

1. Growing affection and need for Jesus and the gospel.

2. Heightened understanding of the truths of Scripture.

3. Increased kindness and selflessness toward siblings.

4. Greater awareness of and distaste for sin.

In my experience as a parent and pastor, I’ve realized age isn’t the most important gauge in determining true conversion. Instead, it’s generally wise to look for these evidences in an age-appropriate manner. For example, a 16-year-old will articulate his understanding of the gospel differently—and more fully—than a 10-year-old. The same may be said of a child’s desire to obey their parents or display a selfless spirit toward their siblings. As children age, these things will begin to look different, and our expectations should follow suit.

Nevertheless, visible fruit must be present in some way, and I’d strongly discourage anyone from affirming a child’s conversion without some kind of tangible evidence apart from a verbal profession. On the flip side, though, I’d caution parents and pastors from falling into the trap of demanding more from a child than can be reasonably expected and observed.

Here are five questions to consider when looking for the above evidences and evaluating the spiritual condition of a child.

1. Does my child appear to truly love Jesus, or is he or she just telling me they do because I said so?

Children will often do what we tell them to do, believe what we tell them to believe, and say what we tell them to say. When it comes to saying, “I believe in Jesus,” parents can manipulate a response even with the best of intentions. Instead of coaxing the right words, however, we should look for genuine affection for Jesus within the child and, as best we can, ascertain if this affection finds its root in what he’s done to save them from their sins through his death and resurrection.

2. Does my child independently seek to know God’s Word?

I’ve read God’s Word with my kids before they could read themselves. What caught my eye, though, is when my oldest daughter began to read and seek to understand its truth apart from my prodding. She would read Scripture on her own and then ask me questions. These behaviors revealed what my wife and I identified as a genuine desire to know God’s Word better—independent of either of us.

3. Does my child demonstrate greater understanding of deep spiritual truths?

A helpful confirmation that my oldest son had been converted happened about one year after the fact. While reflecting on finishing the Book of James in our Wednesday evening Bible study, my son shared he was sad to miss the final week since it was going to be an overview of the book. I asked why he was sad, given that he’d been there throughout the entire book, and he replied, “I feel like I remember the last three chapters of James well, but I don’t remember much about the first two.” I then realized we had started James 3 soon after we felt our son was converted.

The word “awakening” is a helpful way to understand conversion not just in adults, but in kids, too. Consider whether your child appears to understand truths about God, the gospel, and the Bible better than before. Have you noticed a spiritual awakening?

4. Is my child demonstrating spiritual fruit contrary to his personality?

It‘s common to mistake spiritual fruit with positive aspects of a child’s personality. We need to know, then, the different personality traits in each child before we can discern true spiritual fruit. For example, my son is an extrovert, loves people, and has always loved those in our church. Therefore, love for the local church, although a fruit of conversion, wasn’t the best place to discern my son’s conversion since he’s naturally wired to love people anyway. My oldest daughter, however, didn’t naturally love people the same way—something that noticeably changed after her conversion. In short, it’s important to honestly assess your child’s personality and look for evidences of supernatural fruit that would appear contrary to it.

5. Is there independent remorse for daily sins?

My wife and I found it helpful to look for our child’s burden over their sin apart from any discipline, correction, or punishment. A parent can make a child feel “convicted” for sins, but that doesn’t necessarily mean God by his Spirit has brought the conviction. Look for moments when your child hurts a sibling with their words and goes to apologize on his own. Look for your child to come and confess a lie to you before you catch him—for no other (apparent) reason than that his own heart and conscience were convicted by the Spirit.

I realize this is tricky ground. As a parent and pastor, all of the above must be applied on a case-by-case basis. Though many of us may be in different places on the spectrum, we must nonetheless endeavor to avoid the extremes on either side. Find a nice seat in the middle as a starting point, and from there be wise, assess honestly, and pray that the merciful God who regenerates adults, teenagers, and children alike will give you much discernment, patience, and grace.

This article was originally published at TGC. 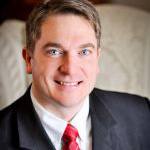 Brian Croft A veteran pastor and author of numerous books on practical aspects of pastoral ministry, Brian oversees Practical Shepherding, a gospel-driven resource center for pastors and church leaders to equip them in the practical matters of pastoral ministry. He is the author of Biblical Church Revitalization: Solutions for Dying & Divided Churches (Christian Focus, 2016)