Billy Graham’s rapid trajectory to renown — from his 1934 conversion during Baptist evangelist Mordecai Ham’s Charlotte, North Carolina, crusade, through his searching student days at Bob Jones College and Florida Bible Institute, and on to the 1949 Los Angeles evangelistic crusade when William Randolph Hearst’s two-word command to his news publishing subordinates, “Puff Graham,” catapulted Billy to international recognition — owes its impetus to the secret workings of the Holy Spirit. As with his connections with Baptists in general, and The Southern Baptist Theological Seminary in particular, Billy Graham’s history, when rightly recorded, is but a record of Providence; for one who would read Graham’s history rightly, must read it with an eye constantly fixed on the hand of God.

The historical weaving of American Christianity’s evangelical tapestry includes colorful connecting threads between Southern Seminary’s heritage and the exciting chronicle of Billy Graham’s ministries. These connections constitute the active relationships between Southern Seminary presidents, faculty, staff, and students, many of whom served in varied paths of service through the proclamation of the gospel in conjunction with Billy Graham and his evangelistic association. The providential connection between Billy Graham and Duke K. McCall, Southern’s seventh president, came quickly after Graham’s ascent to national recognition; their paths soon crossed, since both men were fervent evangelists.

The decision by Graham to place his records and files at Southern Seminary occurred in 1956 on a fairway of Louisville’s Audubon Country Club during a game of golf between Graham and McCall. This mutual decision marked the beginning of the Billy Graham Room, in the archives department in the James P. Boyce Centennial Library. Upon entry to the facility, one first views the well-known oil portrait of Billy Graham painted in 1961 by artist Aileen Shea. Patrons visiting these archives discover representative historical treasures consisting of books, manuscripts, crusade files, photographs, audio visual material, and paraphernalia chronicling Graham’s evangelistic ministry heritage, which accentuates his unique relationships with Southern Seminary. Of historical interest to researchers, the Graham-related holdings in the James P. Boyce Centennial Library consist of bound copies of Decision Magazine, the Billy Graham Collection (1949-84) in the archives department’s rare book room, President McCall’s oral history transcript, Missionary Day Address (1953), Hour of Decision sermons, a Billy Graham Bible, over 800 photographs from Graham crusades, and 200 volumes of newspaper articles.

Also under McCall’s leadership, Southern Seminary initiated in 1968 a Layman’s Leadership Institute, a weekend study program of courses for Southern Baptist laymen, which Billy Graham enthusiastically supported by attending, along with an entire evangelistic team from his Evangelistic Association. Campus attendance by Baptist laymen was extraordinary at this unique Louisville event.

For over half a century Billy Graham maintained an inspirational influence upon Southern’s students through his engagingly relevant sermons as guest preacher in the Seminary’s chapel services. On two occasions, 1956 and 2001, Graham conducted a city and region-wide protracted evangelistic crusade in Louisville. During both crusades Southern’s presidents received from Graham and his staff integral roles in initiating, planning, and managing key logistics for the crusades. President R. Albert Mohler Jr. served as chairman of the last Louisville crusade’s executive committee.

Graham’s approval garnered generous financial support for the Seminary’s Billy Graham School, which enabled the calling of faculty dedicated to biblical inerrancy and proclamation of the gospel. It became the first graduate school in the Southern Baptist Convention of its type, with a singular focus on the ministry of the Great Commission. In 2013, the newly inaugurated dean of the Billy Graham School, Adam W. Greenway, became the fourth leader of the school, following Thom S. Rainer, Chuck Lawless, and Zane Pratt. On Oct. 29, 2013, President Mohler introduced Graham to Dean Greenway at the evangelist’s North Carolina home.

Billy Graham’s legacy continues in depth and breadth as his vision receives amplification in the first quarter of the 21st century and with certainty of its future at Southern. Dean Adam Greenway has asserted: “The Graham School exists to be the church-centric, Great Commission focused school of Southern Seminary. Our purpose is to help students apply the solid biblical and theological foundations acquired though academic study in the context of faithful church and cross-cultural ministry and mission.”

The James P. Boyce Centennial Library, with its repository of Dr. Graham’s archives, pledges its academic support of the Billy Graham School’s curriculum, in the vital role of preparing servant-leaders to be well established in the gospel of God. 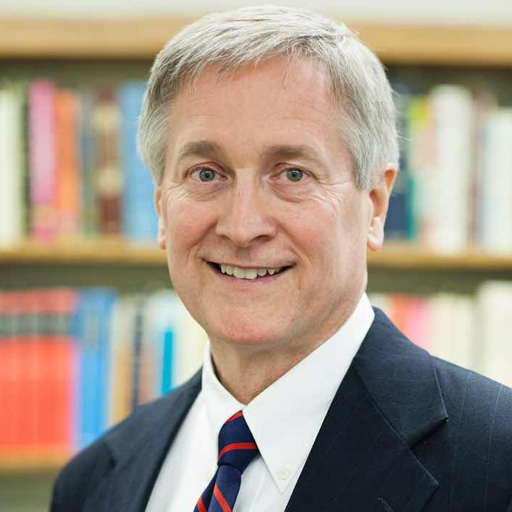 Prior to his coming to Southern Seminary, Driver served as dean of libraries and professor of systematic theology at Southwestern Baptist Theological Seminary from 1996-2013. He has also held teaching and administrative positions at Mid-America Baptist Theological Seminary. Driver has served as pastor of churches in Alabama, Tennessee, and New York. He is a member of the American Library Association. Driver is married to Kathy, and they have three children: Jeremiah, Charis, and Daniel.