Beware of falling into ‘Sinkhole Syndrome’

Resolve never to let your daily life keep you from Jesus daily.

You know the story. A man has been a believer in Christ for decades. To all outward appearances he’s a man of Christian faithfulness and integrity. He has maintained a reputation as a fine example of public and private faithfulness to the things of God for decades. Then, without warning, it all collapses into a sinkhole of sin. Everyone wonders how it could have happened so quickly. In most cases, it soon becomes known that—like most sinkholes—the problem didn’t develop overnight.

Several years ago, this man likely had a relatively consistent devotional life through which the Lord often refreshed, strengthened, and matured him. But with each passing year, his busy life became ever busier. Increasingly he saw his devotional life more as a burden—a mere obligation sometimes—than a blessing.

Because of the massive doses of Bible teaching he’d heard—in addition to the knowledge gained teaching church Bible classes himself—he began to imagine that he needed less private prayer and Bible intake than when he was younger and not as spiritually mature. Besides, he had so many other God-given responsibilities that surely God would understand that he was too busy to meet with the Lord every day.

One small concession led to another; one plausible rationalization led to the next, until the devastating day when a tipping point was reached and the spiritual weakness developed by too many private compromises could no longer sustain even the appearance of Christian integrity. And into the sinkhole fell his reputation, witness, ministry, and perhaps much more.

It could be you

If you’re a strong, young Christian, passionate about the things of God, and you find it impossible to imagine yourself coming to such a condition: beware. This situation could easily be yours in a few years. The words of 1 Corinthians 10:12 are an apt admonition here: “Let anyone who thinks that he stands take heed lest he fall.”

I’ve been in pastoral ministry for twenty-four years. For more than 20 years I’ve been a professor of biblical spirituality. I’ve written several books and many articles related to spirituality. I speak on the subject to future ministers and missionaries on a daily basis in the seminary classroom, and in churches and conferences around the country almost every weekend. And yet I will freely admit that it’s harder for me to maintain my devotional life now than ever in my life. That’s because I’m busier now than ever. I have many more responsibilities than I had as a young man. And they all take time, time that must come from somewhere.

As the pressures of life increase and more deadlines loom, it becomes harder to maintain time for the devotional life. And herein is where the erosion begins.

At the outset it’s likely that very few will know when the hidden part of your spiritual life begins crumbling. Just as imperceptible movements of water underground can carry away the earth beneath long before anyone on the surface perceives it, so the pressures of life can secretly displace the soil of our private spiritual disciplines long before the impact of their absence is visible to others. The more public parts of a Christian’s life, such as church involvement and various forms of ministry, can often continue with little observable change right up until the awful moment of collapse and the hypocrisy is revealed.

I’m sure you’re already familiar with many factors that undermine intimacy with Christ. Realize that it’s almost certain that the “time-thieves” trying to steal from your time with God will only increase as the years pass. My hope is that this article will alert you to this subtle, creeping tendency so that it won’t overtake you.

Never be deceived by the temptation to think that with the increasing spiritual maturity you expect to come with age, the less you will need to feast your soul on Christ through the Bible and prayer. What Jesus prayed in John 17:17 for all His followers—“Sanctify them in the truth; your word is truth”—applies to us all throughout our lives.

Jesus practiced what he prayed for us. While Jesus is infinitely more than our example, nevertheless, he is also our example of sanctified living, of life coram Deo. The Bible tells us that Jesus regularly attended when God’s people assembled to hear the Scriptures (Luke 4:16) and also that he would get alone to meet with his Father (Matt. 14:23). Jesus’ followers need both the sustaining grace that comes through the public worship of God as well as that which comes to us when we meet with him individually.

No substitute for personal communion

I don’t want to minimize the role of the church in preventing spiritual shipwreck in the life of the believer. In this piece, however, I am writing to warn those who will increasingly be tempted to think that frequently meeting God with others can compensate for seldom meeting with him alone.

There are seasons of life when our devotional habits may be providentially altered. But the general rule is that those reconciled to God through the cross of his Son need conscious, personal communion with him every day until the day they see him face to face. And the ordinary means by which he gives it is through the personal spiritual disciplines found in Scripture, chief of which are the intake of the Word of God and prayer.

Pursue the Lord with a relentless, lifelong, obstacle-defying passion. Resolve never to let your daily life keep you from Jesus daily. 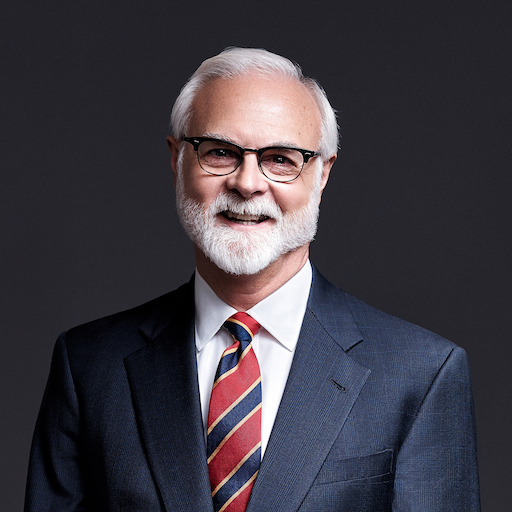