4 priorities for every gospel-centered parent

Human parenting, and especially human fathering, points and shows something of what it means to know God and who God is.

Several years ago my wife and I went to the emergency room several times – and all with one child, our oldest son, Benjamin. One time he fell out of a tree. One time he climbed up the bricks that were coming out of the house next to us, all the way up to the second floor, and he tumbled down off that. Another time he made a ramp, and while riding a bicycle holding two Super Soakers, he went off the ramp and ended up with a severe concussion.

Finally, the fifth time was one night at home. My wife, Maria, wanted some ice cream and she asked Benjamin to grab some for her from the freezer that is in the garage. Benjamin made his way to the garage, and while he was barreling out there in the dark, he somehow knocked over a glass vase, smashed it into a thousand pieces and cut his foot in just the right way so that we had to return to the children’s hospital emergency room.

The first several times I was really sympathetic with Benjamin, praying with him and patting his head, telling him that everything would be all right. By the fifth time, I was irritated with him.

When we pulled into the garage at 3:30 a.m., I saw a broken vase and some bloody footprints. But the bloody footprints went from the vase to the freezer and then back around into the house. I was in a quandary: How do I express to Benjamin that this was reckless and foolish while at the same time commend him for carrying out his mission even when he was hurt? I still haven’t figured exactly how to find the right balance, but that is part of the problem when one is trying to raise a household in a fallen world.

Why parents need the gospel

We have to not only teach the right things and discourage the wrong things, but much of parenting and equipping other people for parenting is about seeing a balance as well as seeing an underlying fabric of everything that is going on. This means sometimes there is simultaneous commending and rebuking. The reason for that is exactly what the Lord Jesus is pointing out in Matthew 7:7-11:

Ask, and it will be given to you; seek, and you will find; knock, and it will be opened to you. For everyone who asks receives, and the one who seeks finds, and to the one who knocks it will be opened. Or which one of you, if his son asks him for bread, will give him a stone? Or if he asks for a fish, will give him a serpent? If you then, who are evil, know how to give good gifts to your children, how much more will your Father who is in heaven give good things to those who ask him!

Jesus says you have a situation in which your household is not just about order. Households are not merely about behavior. They are not even merely about training up and preparing people for the lives that God has for them. The households themselves are pointing and speaking to something about the gospel. This is exactly what the apostle Paul says to the church in Ephesians 3:15. He writes of God the Father, “From whom every family in heaven and on earth is named.” Here and everywhere else throughout Scripture there is the reminder that human parenting, and especially human fathering, points and shows something of what it means to know God and who God is.

This is one of the reasons that in the Scripture the words given for households and for parenting are not simply given to parents. Paul’s letter to the Ephesians is not addressed as a personal and private letter to those who have children in the home right now. It is addressed to the entire church at Ephesus.

Parenting and raising children is a task for the entire church, and since that is the case, we must understand where that connection point is between our households and the gospel. Jesus shows us here in this teaching and then also in the rest of his life. As we look at Jesus’ life and teaching, we should notice four factors that are crucial for us to understand.

The first of these is identity. Jesus is teaching and he is telling people about the fact that you can trust God. God is not playing games with you. God is not neglectful of you: “If you ask,” Jesus says, “you will receive; if you seek you will find; if you knock, the door is going to be opened to you” – and he says that you already know this: “How many of you, even those of you who are evil, give good gifts to your children?”

He also uses the phrase “if your son.” This is significant because Scripture makes the issue of household identity consistently throughout the pages of the Bible. There is a difference between the way that a person responds to the outside world and the way that he responds to his or her household. The writer of Hebrews, for instance, says you do not discipline those who are not your children (see Heb 12:3-11).

The issue of fatherhood is an issue of belonging. This is exactly what Jesus is showing and modeling in his own life, starting with the very beginning of his ministry. When Jesus is baptized, what happens at the moment of that baptism?  There is a voice coming from the sky, which says to Jesus, “You are my beloved Son in whom I am well pleased.”

This is significant because it has everything to do with our salvation. If God is not Father to Jesus where Peter can confess in Matthew 16, “You are the Christ, the son of the living God,” then you and I are hopeless.

The Book of Hebrews says that Jesus is not ashamed to call us brothers (Heb 2:11). The apostle Paul says that the entire point of salvation is that we would be conformed to the image of Christ so that He might be the firstborn of many brothers (Rom 8:29). Everybody in Jesus’ hearing would have understood this kind of identity because you were identified with your father and with what he did. Sonship was part of your identity.

If we are to raise up our children and influence other children in our churches, communities and neighborhoods who will be able to understand what it means to identify with God as Father through the gospel of the Lord Jesus Christ, we must equip parents, teachers and workers to demonstrate what it means to affirm that kind of identity. Permissive parenting does not do this. Any child can recognize what it means to be left to oneself. Children are designed for the Hebrews 12 pattern, to see and understand that “if I am not disciplined, then I am not really yours.” You learn to be able to recognize that in the gospel by the gospel tutorial that goes on in households.

The second issue is provision. Jesus says, “If your son asks you for bread, will you give a stone?” Jesus shows us that part of what it means for God to be Father is seen in the way a human parent provides for children. This is why later the apostle Paul writes to Timothy, “If anyone does not provide for his relatives, and especially for members of his household, he has denied the faith and is worse than an unbeliever” (1 Tim 5:8).

Paul uses really strong language: They are worse than an unbeliever.  Why? Because the father who will not provide for his children is preaching a false gospel. He is showing something about God that is not true, that you cannot count on God to provide for you. Jesus says what you see is a little picture of God the Father in the father who is laboring in order to feed his children. This is why Jesus says worry and anxiety are counter to the gospel (Matt 6:25-34). Every time I worry about the future I say that I do not have a Father who knows exactly what I need and will give me exactly what I need. It is a questioning of the fatherhood of God.

The third issue is protection. Jesus presents here the issue of danger: “If your son asks you for a fish, are you going to give him a snake, are you going to harm this child?” Of course you are not going to harm a child. There is a sense of security that is present in a child who is learning to become dependent, learning to sense this kind of security that comes from a father.

What do the satanic powers want to do with this? They want to subvert this security either with a sense of under-protection or with a sense of over-protection. How does God protect? Scripture says in 1 Corinthians 10:13, “God is faithful, and he will not let you be tempted beyond your ability, but with the temptation he will also provide the way of escape.”

The fourth issue is inheritance. Jesus says, “If you as fathers will do this for your children, how much more will your Father give you all good things?”

In contemporary American culture, we do not often think about inheritance. An inheritance in our minds is something from very wealthy people who leave behind a trust fund for their children, or we think of inheritance as a kind of extra benefit.

That’s the reason why when Jesus tells the story of the prodigal son who comes to his father saying, “Give me my inheritance now,” everyone standing around would have been in shock. The son here is not only cutting himself off from his father, he is ending his family line. He is saying to his father, “I do not care about your children, grandchildren and great grand children. I instead care about feeding myself in prostitutes and riotous living.”

Having a child take out the garbage is not just helping around the house. Having a child who knows it is his responsibility every other day to clean out the hamster cage is not just to ensure a clean hamster cage. These teach the child to participate in something, to be useful in something that ultimately is going to be part of his life. The same thing is true in the church. You cannot simply hire out all of the responsibilities that take place within the church because Jesus has gifted every member of the body to function together. With these giftings and ministries, Jesus is preparing and equipping us to rule the universe. Paul writes in 1 Corinthians 6:2 that “the saints will judge the world.” You are going to govern the world, Paul says to them, and you cannot even conduct your church business meetings without fussing and fighting with one another.

As for me and my house… 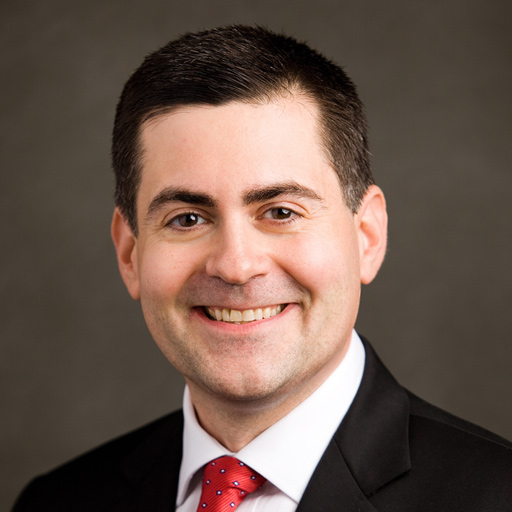 Russell Moore is president of the Ethics & Religious Liberty Commission of the Southern Baptist Convention, the moral and public policy agency of the nation’s largest Protestant denomination. He is a frequent cultural commentator, an ethicist and theologian by background, and an ordained Southern Baptist minister. Moore is the author of several books, including Onward: Engaging the Culture without Losing the Gospel. A native Mississippian, he and his wife Maria are the parents of five sons.