In the spirit of trying to encourage the effective use of illustrations, here are eight places to look for them.

Every preacher knows the feeling of needing an illustration but not having anything handy. Even if you have good systems for capturing and filing illustrations, you’ll inevitably have moments where nothing is in your notes, and you can’t think of anything spontaneously.

I know some folks are against illustrations, and certainly illustrations can be abused. For instance, we can be tempted to rely on them too much out of a desire to make our sermons more engaging or emotional. But I’m convinced that there’s a way to go about illustrating that honors the text of Scripture and serves your listeners.

Jesus is a good model to us in that he spoke frequently through parables (Mark 4:34), but in such a way that expressed divine authority and convicted his hearers (Matt. 7:28–29). Done in a Christlike way, sermon illustrations don’t detract from the authority of the text, but enhance it. Similarly, they don’t exalt the preacher as an impressive orator, but compel him to humbly bend and adjust his communication to his listeners (much like effective counseling requires the counselor to listen carefully and speak in an intelligible, responsive way).

In the spirit of trying to encourage the effective use of illustrations, here are eight places to look for them.

I passionately believe that pastors can benefit from reading literature, and we should do it more. Getting illustrations is just one of the benefits of this practice, but it’s a real one. Literature illustrates helpfully because

A great danger here is only using one kind of literature. For instance, if you’re always referencing Dostoevsky and Jane Austen, that will intimidate and possibly alienate less educated people. Or, if you’re always quoting Narnia and The Lord of the Rings, the people who don’t like fantasy won’t connect as well.

This is a general principle of illustrations: Choose ones that incorporate and represent your audience. Choose the familiar, not the alien. Build from what is already present in the minds and imaginations of your listeners as much as you can.

I try to read lots of different kinds of literature with a view to finding illustrations. I’ve used everything from Calvin and Hobbes (seriously, there’s some deep stuff in there that communicates) to Greek tragedies like Antigone. The broader your arsenal, the broader the effect.

Personal illustrations can be helpful, because they bring truth into “normal” moments of life and can be more relaxed. The great danger in using illustrations from your life, of course, is being self-promoting, or drawing attention to yourself in unhelpful ways. Even when you use yourself as a bad example, you can still be saying, “Look how self-deprecating and humble I am!” So make sure this is about serving your people, not about you.

When I’m trying to locate an illustration, I often consider situations that provoke emotion. This is another general principle of illustration: The more you personally connect with an illustration, the more likely it is to engage your listeners.

Also, one specific tip: Be careful talking about kids all the time. As a parent of young kids, I tend to do this. But I realize (1) it can be hard for people without kids to connect with, and (2) it might, depending on how it’s done, put your children unhelpfully in the spotlight—something they’ll likely struggle with already, being pastor’s kids.

Historical illustrations can be really useful and edifying and meet many of the same criteria as literature. Again, you have to be careful not to alienate people who aren’t interested in history by overusing these kinds of illustrations.

But history can also be told in a way that engages just about everybody. Right now I have Sylvia Nasar’s A Beautiful Mind and William Manchester’s The Last Lion lying around the house, and I dip into them whenever I can. Even when I can’t find a specific illustration, it feels healthy to be reading something other than theology.

I’ve been surprised by how useful illustrations from nature and the animal kingdom can be. We’ve been watching Planet Earth II on Netflix, so these spring to mind a lot. Lately I’ve referenced the way camels get irritated at humans as an illustration of the dangers of resentment (Martha in Luke 10); the protectiveness of a mother bird over her eggs as an illustration of God as our shield (Ps. 3:3); and police dogs’ ability to search as an illustration of Christ’s searching knowledge of our hearts (Rev. 2:23).

Though there is a danger of such illustrations being cheesy, they can be helpful on occasion ,because they’re broadly interesting to people of all interests and backgrounds (including children). One of my great goals as a preacher is to preach with sensitivity to the children in the room.

The news is filled with stories and other information that can be used to illustrate. For instance, you’re waiting at the dentist. You pick up a magazine and read a story about a teenager falling into a pit and needing to be rescued. Something she says in the interview resonates with you about the power of fear. Boom. Great illustration.

These kinds of illustrations have great narratival qualities, and they engage people in ways that fiction doesn’t. People care about real things happening in the world. Be careful, though, not to prey on peoples’ fear of cultural decline. It’s also good to generally stay out of politics and social issues that will be unhelpfully controversial.

I can understand why some people are against using these kinds of resources altogether. There’s a high risk of artificiality, they’re often cheesy, and the theological bandwidth of what’s illustrated tends to be pretty wide.

Nonetheless, I don’t think it’s bad to use them on occasion, when other resources fail. These resources must be used with theological discernment, and we should be sensitive to contextualize them into the sermon so that they don’t feel contrived.

It’s often been observed that the majority of Scripture comes to us in the form of narrative. The Bible’s many colorful stories are a minefield of illustrative material. A benefit of this practice is that we’re exposing our listeners to a variety of biblical texts beyond those on the preaching calendar. You can be preaching verse-by-verse through a small New Testament letter like Philippians, and take your time with it, without completely neglecting other portions of Scripture.

Some people avoid using biblical illustrations for fear of moralism. We have seen the Old Testament reduced to a series of “be like so-and-so” messages, and we want to preach redemptively instead. While I sympathize with this concern, there is no reason why we can’t look to the saints in an exemplary way while still motivating with the gospel. The Bible itself does this (e.g., Heb. 11). As Bryan Chapell puts it, the “be like so-and-so” messages are not bad in themselves, but by themselves.

What movies we watch is generally a more divisive issue than what books we read, so we must be extra vigilant not to violate the consciences of our listeners. You can try to cloak the illustration by not mentioning what movie it’s from, but some people will probably figure it out, and it distracts people who spend time trying to figure it out. I think the best practice is to use these kinds of illustrations sparingly, and when you do, err on the side of caution in what you select.

Illustrations should not be the main focus of the sermon. They are there to serve exposition and application, not replace them. Used properly, illustrations will both clarify the text’s meaning (exposition) and also heighten its emotional effect (application). Often they will help you bridge from the first of these to the second.

Above all, sermon illustrations should be an act of love to our listeners—a way to serve them by moving into their world and categories, much as God has drawn near to us in his Word and in the gospel. Somewhere in the Institutes, when discussing what worship services should look like, Calvin said, “Let love be our guide, and we are safe.” So also, when you’re not sure when or how to illustrate, let love for your people be your guide, and you will be safe. 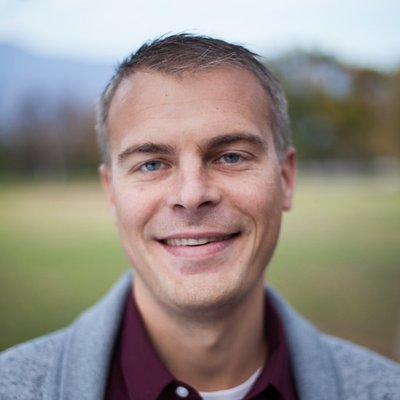 Gavin Ortlund (Ph.D., Fuller Theological Seminary) serves as senior pastor of First Baptist Church of Ojai in Ojai, California. He is author of Finding the Right Hills to Die on: The Case for Theological Triage (Crossway/TGC, 2020) and Theological Retrieval for Evangelicals: Why We Need Our Past to Have a Future (Crossway, 2019).