Theology is about God, and that’s precisely what Calvin intended to write about.

Remarkably, when John Calvin became pastor in Geneva in 1536, he still lacked an official degree in theology from an academic institution. Neither had he submitted to any kind of ecclesiastical examination. Nevertheless, in addition to his studies in logic, languages, and civic law, the French Reformer was also a master of communication. His style was so fluid that many scholars have even identified him as the inventor of modern French sentence structure.

Like Luther’s Bible in German, Calvin’s Institutes were equally influential for the French language. In his book John Calvin: A Pilgrim’s Life (2009), Herman J. Selderhuis described Calvin as a “sort of verbal decathlete modeled after the Old Testament prophet.”

As a civil leader, pastor, theologian, apologist, statesman, and ambassador, he wrote with concision and precision. Apart from his sublime theology, John Calvin’s writing remains a homiletic standard for those seeking to convey deep theological truths in a prosaic style. The following are three principles of theological writing pastors and theologians can glean from the man Wolfgang Musculus once described as a “bow always strung.”

It was John Calvin’s belief that “the chief virtue of an interpreter lies in clear brevity.” The craft and skill of a theologian lies not in the length of an argument but in its content and persuasive power. Calvin’s language was rarely ostentatious. For this reason he once wrote to Zurich Reformer and Zwingli protégé Heinrich Bullinger, “I have always loved simplicity; and never cared much for cleverness.”

Calvin described his way of teaching as “too simple to be considered suspect, and at the same time too detailed for it to be called unclear.” This penchant for brevitas, however, did not imply that his discourses were also brief. Most of Calvin’s sermons lasted at least one hour, and their duration was measured using an hourglass. Short sentences did not mean short sermons. Still, Calvin was convinced that his purposes for the Institutes of the Christian Religion could be achieved without wordiness:

“These were my reasons for publishing the Institutes: first, that I might vindicate from unjust affront my brethren whose death was precious in the sight of the Lord; and, next, that some sorrow and anxiety should move foreign peoples, since the same sufferings threatened many. Neither was it that thick and elaborate work it now is, but only a little hand-book that then appeared, nor had it any other aim than to witness to the faith of those whom I saw evilly reviled by impious and faithless flatterers.” (Preface to Psalms, Opera, xxxi. 23)

For Calvin, verbal showiness emptied the Word of God of its power. The Scriptures were self-authenticating. As such, the task of the commentator and theologian was to simply support their authority, not detract from it. According to Williston Walker, “The purpose of the Institutes was expository. Calvin was above all else, in his own view, an expounder of the Word of God.” (John Calvin: Revolutionary, Theologian, Pastor)

According to T. H. L. Parker, Calvin’s “greatest quality as a commentator was his self-disciplined subordination to the text.” (John Calvin: A Biography) Above all else, Scripture must be heard. Therefore Calvin’s theological writing is rarely obscured with gaudy or incomprehensible language, the likes of which could be argued against his scholastic descendants. His use of the Latin and French languages was direct and unequivocal. For example, for Calvin clarity was essential for the catechesis of Genevan youth: “There should be a brief and easy outline of the Christian faith, which should be taught to all children.”

Inscribed on Calvin’s signet were the words “My heart I give you, O Lord, promptly and sincerely.” Like his faith, Calvin’s writing was sincere and prompt. Much as God had accommodated Himself to speak carefully to sinners, so Calvin did the same. He obviously expected the same of others. After editing one of Farel’s works, Calvin wrote to his friend,

“I am afraid that the involved style and tedious discussion will obscure the light truly contained therein. I know with delight that nothing other than excellence is expected of you. I do not flatter. Your book seems to me to deserve a place among works of that rank, but because readers today are so fastidious and do not possess great acuteness, I believe the language needs to be crafted so as to attract them by fluency of expression…This is my candid judgment.” (Calvin to Farel, Sept. 1, 1549)

John Calvin, the pastor who preached weekly at St. Pierre cathedral, was fond of saying that, in the pulpit, Christ must preside. The preacher must serve as a precentor in the choir, leading his people in praise and thanksgiving. Hence there was no room for abstruse language; the knowledge of God and the knowledge of His people are at stake. In a letter to Martin Bucer, who Calvin critiqued for his constant prolixity, the latter opined, “I like to be clear, and whether in a letter or face to face, I cannot restrain myself when I want to express my meaning clearly in words.

Openness is of more use than craftiness, and so I prefer simply to say what I mean.” If theology is indeed the study of God, it demands clarity. For this reason, Herman Selderhuis can boast confidently, “Calvin himself was among those who thirsted for such clarity, and once he came to know God, he also wanted to know everything about him.”

3. Write with a single purpose

In his book Calvin (2009), Bruce Gordon reminds his readers, “Despite his dominant personality, Calvin rarely and reluctantly drew attention to himself in his writing. He spoke through the Bible and its major characters.” Calvin’s reticence to speak about his own personal affairs was such that we know relatively little about his marriage and even his own conversion, which appears exclusively in his preface to the Psalms.

Calvin’s humility is perhaps most demonstrated, remarkably enough, in his insistence on being buried in an unmarked grave in a common Genevan cemetery. Contrasting strongly with, for example, a Martin Luther, Calvin was more of a Biblicist than a storyteller.

Therefore, his writing had one central purpose: to present the narrative of Scripture rather than his own. As Gordon remarks, “He deliberately wrote next to nothing about himself and his life.” Instead the things pertaining to salvation were the themes that garnered Calvin’s time and his pen.

In his famous letter to Jacopo Sadoleto, regarded by many as one of the greatest summations of Reformation thought, the theologian from Noyon declares, “For I thought it impious to leave in obscurity things which we were born to ponder and meditate. Nor did I think that truths, whose magnitude no language can express, were to be maliciously or falsely declared. I hesitated not to dwell at greater length on topics on which the salvation of my hearers depended.”

Theology is about God, and that’s precisely what Calvin intended to write about. For the next generation of theological writers and orators, Calvin’s single-minded brevity and clarity remains an excellent model for which to convey the precious truths of the gospel. 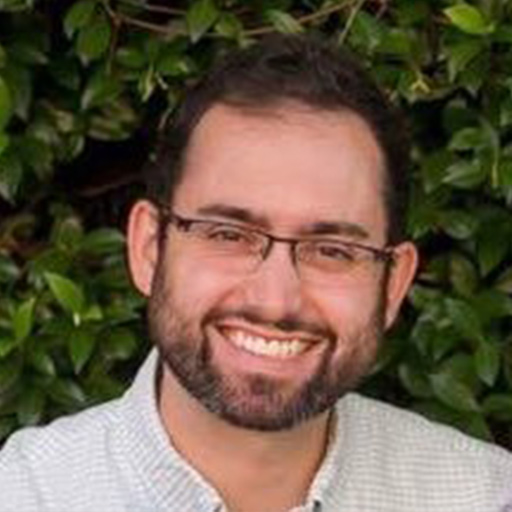 Obbie Todd serves as pastor of Church at Haynes Creek in Oxford, Georgia. He holds a Master of Divinity and Master of Theology from Southern Seminary and is a Ph.D. candidate in theology at New Orleans Baptist Theological Seminary. Obbie and his wife, Kelly, have two children, Roman and Ruby.