In May of 1792, William Carey powerfully argued that the clear teaching of the New Testament was that Christ had accomplished everything necessary for the ingathering of the nations.

“Pray ye for the peace and increase of the church, they shall prosper that love her.”

On October 2, 1792, fourteen Baptist ministers gathered in the home of Martha Wallis and committed their lives and resources to spreading the gospel among the unreached people of the world. It was a small beginning that, in the eyes of those present, could hardly have foretold the wide-ranging impact their fellowship would have. A year later, the Particular Baptist Society for Propagating the Gospel among the Heathen sent out their first missionary — their dear friend, fellow pastor and founding member, William Carey.

Carey was the spark

At a gathering of ministers in 1791, Carey had disputed the prevailing idea that only a Pentecost-like outpouring of the Holy Spirit could usher in the salvation of the unreached peoples of the world. In May of 1792, Carey powerfully argued that the clear teaching of the New Testament was that Christ had accomplished everything necessary for the ingathering of the nations ­— and that Christians, therefore, ought to “expect great things from God” and “attempt great things for God.”

The gathered ministers were overwhelmed by the strength of his argument, as Carey’s close friend, John Ryland Jr., wrote, “so clearly did he prove the criminality of our supineness in the cause of God.” The ministers immediately agreed to meet again in October to form a society dedicated to such an effort. These shared convictions were clearly displayed in the letter sent by the Society to fellow Baptists at the end of 1792:

Do we, indeed, believe the gospel? Do we receive it in reality not as the word of man, but of God? Do we admit into our minds the representations therein given of the state of man? Have we experienced the remedy in any measure, and can we be willing this remedy for perishing souls should remain so very much unknown to the greater part of the world? Or rather, if we have experienced its healing influence, shall we not be concerned that this gospel, with all its treasures and consolations, should be universally known?

Intelligence was the fuel

The rapid expansion of global trade in the eighteenth century coupled with the publication of popular travel journals like those of James Cook, provided new intelligence about the progress of the gospel among foreign cultures. Carey began keeping a detailed account of global population and the state of churches in foreign lands—notes which he used to inspire his fellow ministers to form a society dedicated to global missions.

The Society understood that they were neither the first nor the only Protestants to care about global evangelism. Their letter recognized the remarkable work God seemed to be doing among the nations in their own day—Danish missionaries in the East Indies, the Dutch in India and Ceylon (Sri Lanka), Presbyterian ministers like John Brainerd building on the legacy of John Eliot among Native Americans in the United States, the Moravians in remote Greenland and Labrador, the Wesleyans in the Caribbean and West Indies, and Baptist African-American George Liele’s work in Jamaica. In fact, it was “the success of our worthy brethren, who have thus hazarded their lives for the sake of the Lord Jesus,” the Society wrote, that “may serve at once as a reproof to our indolence.” Thus, they concluded, “Let, then, every Christian who loves the gospel and to whom the souls of men are dear come forward in this noble cause.”

Prayer catalyzed and sustained the vision

But it was prayer, not evangelistic zeal or humanistic pity, that prepared the ground and fanned the cause into flame.

Some years earlier, in 1784, Ryland had received a package from a Scottish pastor containing New England Congregationalist Jonathan Edwards’s An Humble Attempt to Promote Explicit Agreement and Visible Union of God’s People in Extraordinary Prayer. Edwards had published the Attempt nearly four decades earlier, urging congregations in the British Empire to engage in monthly concerted prayer for worldwide revival. Ryland eagerly shared the pamphlet among fellow pastors with the result that Baptist churches across Northamptonshire began meeting on the first Monday of every month to pray for revival at home and “the spread of the gospel to the most distant parts of the habitable globe.” The effect among the churches was astonishing. By the following year, the pattern of monthly prayer meetings was well established. Soon churches throughout England began to take part.

And it was at one of these prayer meetings in 1784, as believers earnestly sought the face of God for the salvation of the lost, that William Carey was first arrested by the gospel’s urgent call. “As to the immediate origin of a Baptist mission,” Ryland later wrote, “I believe God himself infused into the mind of Carey that solicitude for the salvation of the heathen, which cannot fairly be traced to any other source.”

Pray Ye for the Increase

Just as it was with the earliest church (Acts 1:14; 2:42; 4:31), prayer was the catalyst in the eighteenth century for an evangelical missionary movement which reached more people with the gospel than all previous centuries, combined. Might God be pleased to bring about another bold, missionary effort in our own day? Let us heed the Baptist Missionary Society’s 1792 exhortation:

Many Christian societies have, for some years back, united in extraordinary prayer for the enlargement of the Redeemer’s kingdom—and may not this be considered as a certain harbinger of success? Let us persist and we shall prevail. Pray ye for the peace and increase of the church, they shall prosper that love her. Ye that mention the name of the Lord keep not silence yourselves, nor let him rest in silence, until he establish and until he render Jerusalem a praise in the earth. 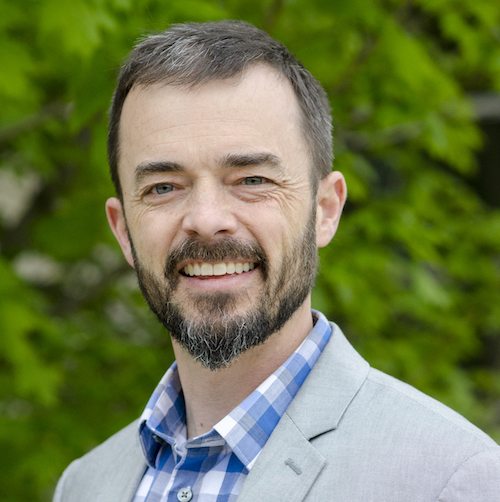 Ryan Griffith (Ph.D., SBTS) serves as director for global training at The Gospel Coalition where he oversees various initiatives aimed at strengthening theological education and pastoral training in the majority church.