Home · Collections · How young can a child be saved?

How young can a child be saved?

As parents, I think we need to rest in looking at the child’s life holistically and not get fixated on our child asking Jesus into their hearts. 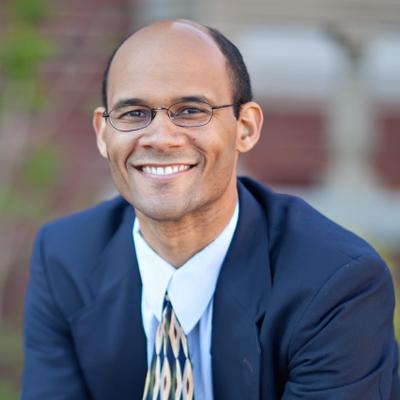 Jarvis J. Williams has served as an Associate Professor of New Testament Interpretation at Southern Seminary since 2013. He’s published numerous academic works. Williams’s research focuses on soteriology (broadly defined) in Second Temple Judaism, the Second Temple Jewish context of Paul’s soteriology in Romans and Galatians, and the intersection of soteriology and race.

I don’t think that there’s a one size fits all age of when a person can come to faith in Christ. I think with different testimonies, you have different people talking about when they became a believer. I know there are some people who confessed that they believed they were a believer at the ages of seven or eight.

And so then practically, what about those of us who have young children who think they are believers? Are they believers because they prayed for Jesus to come into their hearts? Is that what we look for? Or is it a pattern of lifestyle that we’re trying to help shepherd them in to discern whether there’s been a genuine conversion experience? As a parent of a child, of an eight-year-old, one of the things that I try to do to discern whether or not there’s been a genuine conversion is to constantly emphasize to him the Gospel, to have conversations with him about the Gospel.

You learn a lot about what your child thinks about God by asking him questions about God or questions about Jesus or questions about sin. Making those kinds of questions part of the shepherding and discerning process can help create the kind of certainty or assurance that we want as parents as to whether there’s been a genuine conversion experience. But then also helping him to understand that if he has committed his life to Jesus and believes by faith that those things are true, then a Christian also obeys Jesus’ teaching and so I think with children especially it’s important to make sure we don’t become content with believing that there’s a genuine conversion experience just because the child’s prayed a prayer. As we know, Jesus says, “Follow me.” He doesn’t say, “Ask Him to come into your heart.” He says follow Him and so one of the things I try to emphasize with my child is the importance of giving his entire self to Jesus.

That means my son has a responsibility then to show his faith in an eight-year-old way that he follows Jesus by doing basic things like obeying his parents, loving his neighbors, loving his friends.

For a child who has expressed faith in Jesus and who follows Jesus and loves Jesus, that love will be an eight-year-old love or a seven-year-old love or a 10-year-old love and the point is not does my child’s faith or another person’s child’s faith resemble a mature 25 or 39 or 50-year-old faith, but is there a genuine desire for Jesus and to follow Him and is that being worked out in that child’s life? And as parents, I think we need to rest in looking at the child’s life holistically and not get fixated on our child asking Jesus into their hearts.