Home · Topic · Does pop culture fit into the cultural mandate?

Does pop culture fit into the cultural mandate?

How does human culture, and even popular culture, fit into the overall biblical narrative?

1. In Genesis, God commands us to make and enjoy culture.

Most Christians are familiar with the Great Commission. This is Jesus’s command to his disciples to go out, share the good news, and make disciples of all nations (Matt. 28:16–
20). But long before that, God gave another commission. It was his very first command to the newly created humans, known as the Cultural Mandate. It is the command to go out into the world, create culture, and enjoy what we have made of God’s creation.

So God created man in his own image, in the image of God he created him; male and female he created them. And God blessed them. And God said to them, “Be fruitful and multiply and fill the earth and subdue it, and have dominion over the fish of the sea and over the birds of the heavens and over every living thing that moves on the earth” (Gen. 1:27–28).

In fact, without God’s Cultural Mandate, we have no context for the Great Commission. When we share Jesus with others, it is always in the context of a specific culture. The Great Commission calls us not just to evangelize but to “make disciples.” This means we teach others how to apply the gospel to a whole way of life—that is, within particular cultures. Discipleship always involves cultural engagement.

Genesis 1:28 says we must “subdue” and “have dominion.” These words may sound harsh to modern ears, as if God wanted us to beat creation into submission. But to an ancient Israelite, these words would have sounded unmistakably royal. They proclaim a call for humans to bring the planet under their ruling authority as God’s representatives on earth. And when you consider how Adam first uses that authority, the supposed harshness evaporates. He doesn’t beat anything. Rather, he cares for and nurtures the plants in the garden (Gen. 2:15), and he shows wisdom and care by giving the animals names and identities (vv. 19–20). In effect, God commanded the first humans to take his creation under their wing to bring out its true glory. It’s the way a wise and good royal couple would bring glory out from their subjects.

In the Cultural Mandate, God calls us to act as stewards, carefully nurturing and developing creation’s hidden potential, filling it with creations of our own. In fact, by planting the garden for Adam and Eve to develop, God had started creating and enjoying culture before they did. As writer Andy Crouch reminds us, a garden “is nature plus culture.”

This means human culture is rooted in God’s good creation. Culture was originally God’s idea. Our original purpose is to glorify God, love other people, and nurture the earth, and we do all of this culturally. Culture forms our worship of God, our community as his people, and our stewardship over the world. Making culture is the human response to God’s divine call to develop the world God has generously given to his image-bearers.

What then about popular culture?

This is part of the Cultural Mandate. Though Genesis gives us no specific instructions concerning popular culture, if we consider the glimpses the Bible gives us of the ordinary life of his people, popular culture’s role begins to emerge.

For example, take the first few verses of Ruth 3, where Ruth goes to Boaz after he eats and drinks during a harvest celebration. Or consider Psalm 45, a love song to help celebrate the king’s wedding. Or Jeremiah 31:4, where God promises the exiles that there will be tambourine music and they “shall go forth in the dance of the merrymakers.” Popular culture is a normal part of the rhythm of life. It celebrates, entertains, and adorns our common cultural life. Popular culture doesn’t sow the seed or reap the harvest. Rather, it provides the songs that accompany the harvest celebration, the tales that would be passed on, the games played. It helps a person woo his beloved or adorn the wedding. It is the way God’s people relax and enjoy him, his world, and one another. If Adam and Eve had not fallen, we could still enjoy the musical works of Jubal, “father of all those who play the lyre and pipe” (Gen. 4:21).

2. By making culture, we glorify God and reflect his image.

This perspective on culture may strike some Christians as too earthly. Enjoying popular culture to the glory of God? Really? Actually, we are made to share such communal enjoyment of the Creator, creation, culture, and each other. That’s the point of Paul’s command to Timothy, insisting that believers should not reject God’s good gifts of sex and food: “For everything God created is good, and nothing is to be rejected if it is received with thanksgiving, because it is consecrated by the word of God and prayer” (1 Tim. 4:4–5 NIV).

There is nothing “spiritual” about rejecting the good gifts God offers. Enjoying culture with wisdom and thankfulness is good spirituality. It is part of the God-ordained rhythm of work and rest, creation and recreation.

The Bible’s creation account also teaches us that we are created for creating. Christian thinkers have argued over what it means to reflect or “image” God. In the context of Genesis 1, the most obvious meaning is that we create because we are made to imitate the Creator. God creates and enjoys his creation, and he hardwired us to do the same. Creating and enjoying our creations comes as naturally to us as breathing.

This means we cannot escape culture any more than we can escape our humanity. If we wish to be real Christians—that is, redeemed humans living in the real, everyday world—we must be willing to engage the popular culture that is woven into our world. If we try to avoid partaking in popular culture, we will starve part of our own human nature.

Culture, including popular culture, is not a consequence of the fall—the entry of sin into the world. Yes, our sin stains our works. But even in a broken world, we make culture as
our response to God’s creation.

You’ve likely noticed that some Christians will only tolerate the idea of popular culture if a popular culture item proves to be “useful.” We assume a useful story or song teaches good moral lessons, educates children, reduces our stress, or preaches the gospel. But each of these uses treats human culture merely as anti-fall therapy. None of these uses appreciates popular culture as part of God’s original creation order.

Scripture says popular culture’s purpose is rooted in the order of creation. That means our grateful enjoyment of stories, songs, games, and images is legitimate quite apart from any of these reactions to our fallen world. In other words, it’s OK for us to simply receive and enjoy popular culture with our kids. It’s even OK for children to grow up and make popular culture by creating movie scripts, songs for a pop star, or code for a game studio. God has always meant for us to enjoy these good gifts with gratitude to him and joy with each other. 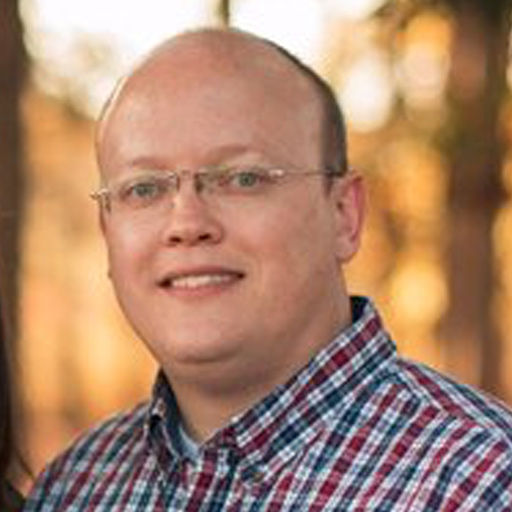 Jared Moore (PhD, SBTS) has served in pastoral ministry in a Southern Baptist context since 2000. He pastors Cumberland Homesteads Baptist Church in Crossville, TN. Jared and his, wife, Amber, have four children. He is also the author of 10 Sacred Cows in Christianity That Need to Be Tipped.