For someone who is thinking about seminary or maybe just starting out, why study Greek? Why can’t we just read our English bibles?

As a famous Jewish poet said, reading the Bible through translation is like kissing your bride through the veil. When you love someone, you want to be as close to them as possible — you don’t want any barrier between you. If you love the Word of God you don’t always want to be one step removed. Let’s say you’re preparing your sermon, you’ve got three great English translations, you’ve got great commentaries, but then people disagree. If you don’t know Greek, you can’t even follow their disagreement. You just have to basically flip a coin or say, “I really like this cover, I like this guy better — John Piper, whatever he says must be right!” I think the desire to study Greek comes from a desire to get close to the Word of God. There’s a reason that for centuries, since antiquity, those people who are serious about knowing and studying the Scriptures ultimately are drawn to a study of Greek and Hebrew. Luther said, “The languages are the sheath that holds the sword of the Spirit.” So, thankfully here at Southern we have a lot of students who want to learn the languages because they value the Word of God. And I think you see more and more liberal and mainline seminaries where the authority of Scripture has eroded, and they’re not requiring Greek and Hebrew anymore. Why should you if what the Bible says doesn’t really matter?

You’re very involved with helping people keep up with their Greek. You’ve worked on Daily Dose of Greek — how much of a passion is this for you personally?

It’s one of the main things I want to accomplish in this life. I have a sacred mission to keep pastors and Christians reading the Greek New Testament for life. Not just because I love Greek — and I do love Greek — but because of my commitment to the Bible as the Word of God and my belief that as pastors and Christians really know and read and savor and believe the Word of God, it’s going to change them, it’s going to make them more faithful teachers, it’s going to make them people who will proclaim clearly what the Scripture says and ultimately that’s the proclamation of the gospel. It’s the only hope we have in this life. 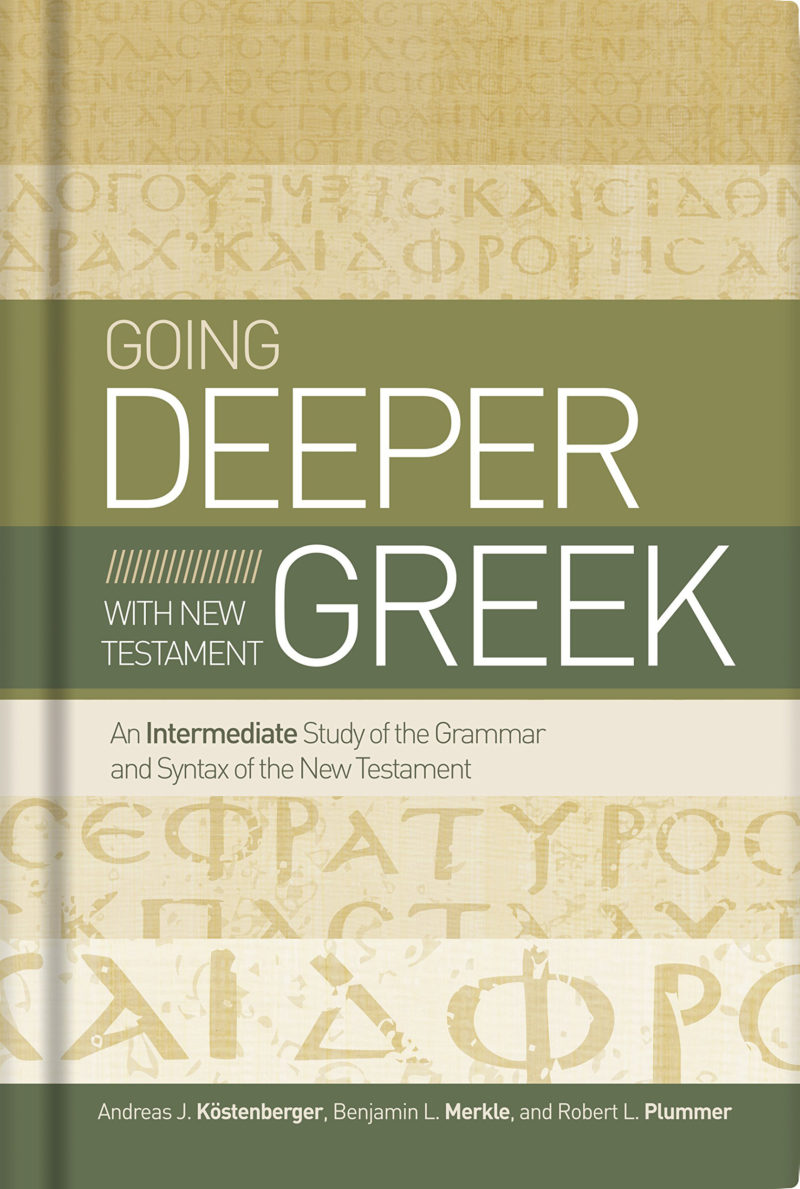 Going Deeper with New Testament Greek, written collaboratively by Southern Seminary’s Robert L. Plummer and Southeastern Seminary professors Andreas Köstenberger and Benjamin Merkle, aims to help students expand their knowledge of the language while cutting down on the stacks of papers and books for student and teacher alike.

The teaching on text criticism is the opening chapter of the book, since students should know what the text is before they try to figure out what it means, Plummer said. Going Deeper gives students of various levels of learning a chance to strengthen their Greek from the ground up.