EDITOR’S NOTE: In what follows, Bryan Baise, assistant professor of worldview and apologetics at Boyce College, talks with Southern Seminary Magazine writer Andrew J.W. Smith about his vision for the Worldview and Apologetics program which he coordinates.

What’s the big deal about worldview?

A worldview is a lens or framework by which you view life. It is how you shape decisions, how you shape disagreements — they are all shaped and driven by worldview. Everyone’s got one they’re working from and working out of, a lens by which they’re viewing life. So the important thing, I think, as a Christian is not only to be able to know your worldview, but also to investigate the ideas and concepts of those worldviews around you. 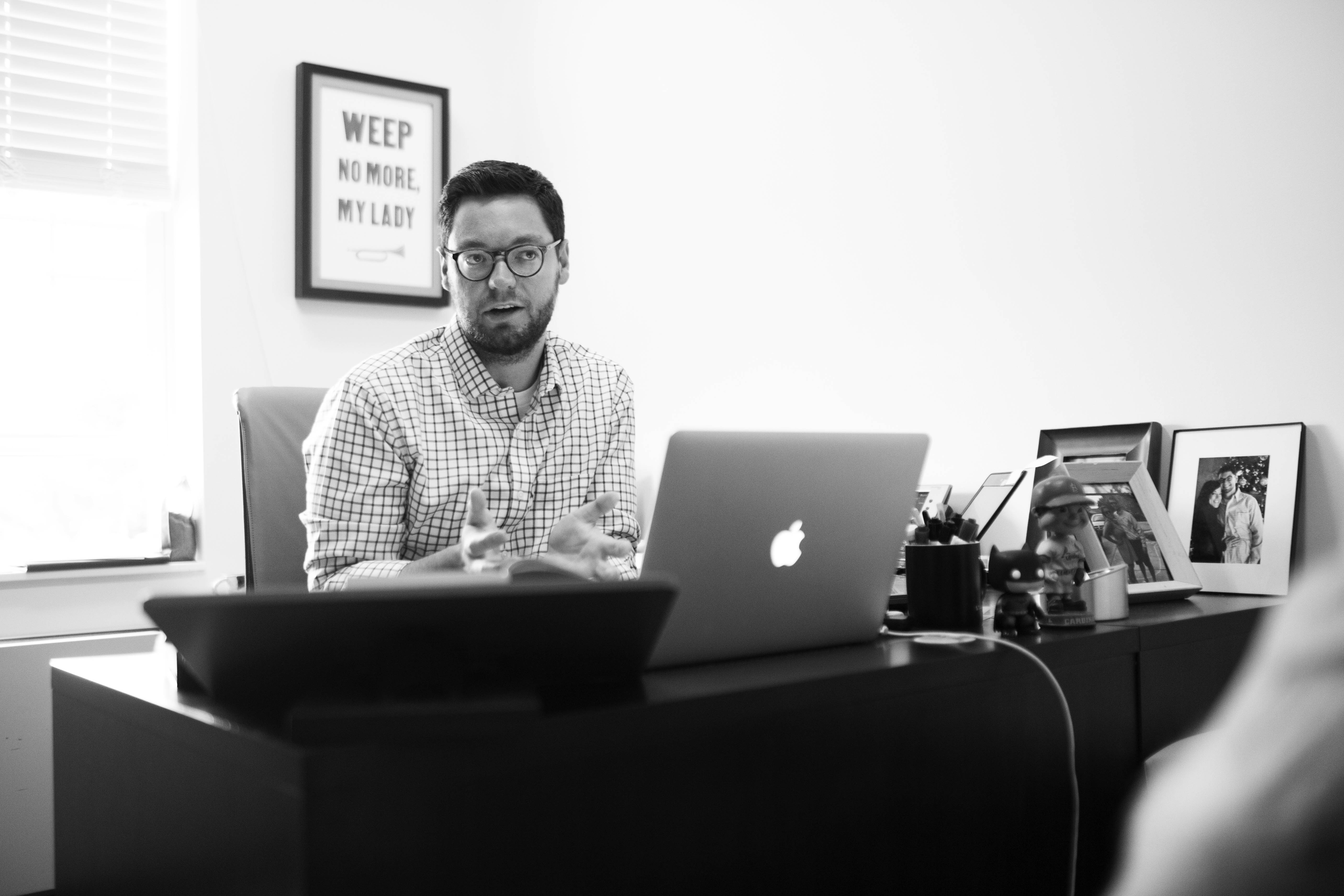 I think this takes a couple of forms. Sometimes people will go about it through reinforcement: “Here’s what we’ve always thought, here’s what we’ve always believed, here’s what we’ve always done.” I’m fine with that, but I found in my life and in my students’ lives that being reinforced by way of challenge actually is a stronger way to go about it. What I mean by that is not merely putting red meat in front of them and saying, “Here’s what you’ve always known, here’s a different way — sort of graft this in,” but rather putting ideas and concepts they don’t agree with and make them wrestle with them, make them push through and work through ideas that are not their own. These are concepts they would probably find in the world around them and they would fundamentally disagree with them — they would think they are wacko and bonkers and strange and odd, but by pressing them and pushing them to think through those it actually ends up reinforcing them in what they believe. So, an example: Rather than merely explaining to them why David Hume is wrong on miracles, I’ll put David Hume’s argument on miracles in front of them and they’re going to work through it. Initially, I’m not going to hold their hand through it. If they are reading a long paper I might say, “Look at these four pages especially,” but I’m not going to sort of trigger them in any way. I’m going to make them work through it, I’m going to make them wrestle with it. On the back end of that, once they’ve gone through their questions, we’ll work through it together and then I‘ll explain why much of Hume’s arguments for miracles can be reduced to ad hominem — him conceptualizing what a religious person believes or looks like without ever really knowing what that is. But they don’t do that until they’ve wrestled with it. Now that they’ve worked through what these people believe and not just what I’ve told them they believe, they feel more confident and they feel stronger in what they believe on the back end. It sort of provides a sense of gospel swagger. It’s a sense of humility — not pride or arrogance — but a sense of, “Yeah, I read this, that, or the other, I read these arguments, I’ve investigated them, but I’m not convinced of them.”

What is your vision for the worldview and apologetics program at Boyce College?

More than anything else, by the time students graduate, I want them to be able to not merely just engage with ideas that are not their own and not merely be reinforced in what they believe — I want both of those to happen. I want them to go out and serve the church well, and I think reading philosophy and studying philosophy and reading through philosophical concepts at more than just a superficial level serves the church really well. So, I want students to be able to walk out of this program feeling like they’ve learned to serve, that they have not been puffed up but that they are learning to proclaim. For some students that may look like pastoral ministry, for some students it may look like working in the church as a layman doing discipleship groups with college students. I want them to be able to serve the church well; I want them to be able to advance the gospel well. The way it’s framed sometimes in evangelical culture is if we just merely reinforce, we’ll make better disciples. My contention to that is we end up making cardboard, cookie-cutter Christians, but we don’t actually end making disciples very well. If we press and push the students in a good way and in a safe environment where they can ask questions and doubt, when they leave, they’re not worried about the Holy Grail of secular arguments suddenly showing up in The Guardian or the New York Times or in some sort of archaeological dig. If we get them on this end able to wrestle and think about ideas that are not easily condensible into a blog post but need long deliberation and conversation to work through — if we can get them on this end to see that much of life actually works that way and much of the hard questions of life work that way, then I think we will be serving them beyond merely giving them a degree. We can give the tools by which they cannot merely engage the culture, but they can feel confident — not just in their faith but in everything in life.

I want students to be able to walk out of this program feeling like they’ve learned to serve, that they have not been puffed up but that they are learning to proclaim.

The worldview and apologetics program contains 42 hours of biblical and theological studies. Why is that so important?

Philosophy is best done when it’s serving theology as its handmaiden — either defending or extenuating essential beliefs or providing clarification and providing clarity to theological beliefs that we hold. So, if a student is only getting philosophy without theology, it would be really easy to not see the connections and the relationships between them. The thing I like about the theology faculty here is how they understand the relationship between the two at various levels and to varying degrees. But the stuff I’m doing in class is always connected to what they’re talking about in class, either because there’s common controversies going on or because they’re talking theologically about what the image of God is and we’re talking philosophically about what a human person is.

Theology and philosophy end up being parallel benefits to studying somewhere like here. You get the theology, but you also get the categories that sometimes theology works with, that philosophy provides for them. One of the things I want to do with students is to get rid of the “boogeyman mentality” that is sometimes attached to philosophy. I want them to see it’s not a boogeyman and it’s actually a really great help. Philosophy disentangled from a boogeyman mentality can actually serve the church in a tremendous way and has done so historically. Studying these things is fundamentally loving your neighbor because for all my students, at some point they will interact with someone who has staked their entire life on what we’ve studied. That person has built their entire life around that worldview, and will cherish what we’re engaging with. So it’s not just ideas on a page, these ideas have faces, and these ideas have families and they have mortgages and hopes and dreams. It’s more than just an intellectual exercise.