It is Sunday evening in West Chester, Pennsylvania, and over 100 parishioners are gathered in a 120-year-old stone church building. This itself is unusual, as more churches move away from Sunday night services. What’s even more unusual is the congregation’s rapt attention for what is essentially a theological lecture presented by Gregg R. Allison, professor of systematic theology at The Southern Baptist Theological Seminary.

Allison is there on the invitation of Raymond Johnson, a three-time graduate of Southern Seminary and the senior pastor of Christ Church in West Chester. Allison leads the congregation through the nuances of doctrine in the Roman Catholic Church — how their theology differs in significant and important ways from Protestant doctrine. Occasionally, the lecture gets very technical. But the congregation, as full as it was for that morning’s service, is engaged. 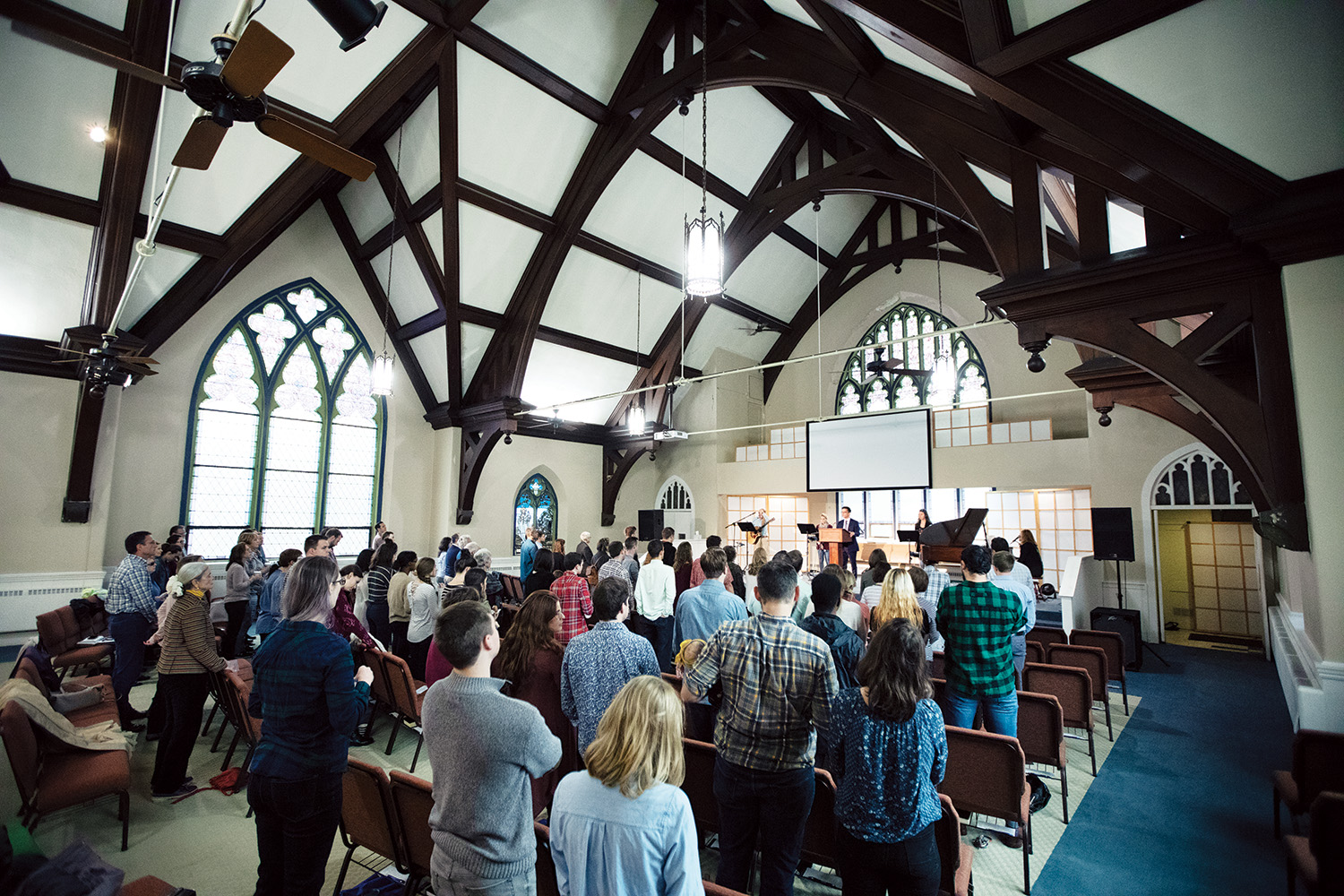 This evening is a snapshot of Johnson’s intentional five-year process to cultivate a church body committed to joyful theological vitality. This is just the most recent example of the church’s Sunday Night Theology event, an hour committed to deep theological reflection. Previous guest lecturers have been R. Albert Mohler Jr., Thomas R. Schreiner, and Jonathan T. Pennington (Johnson’s doctoral advisor). Johnson wants his church not only to know theology, but to deeply care about it. And judging from the open Bibles and voracious note taking throughout the room this night, his vision is taking hold. 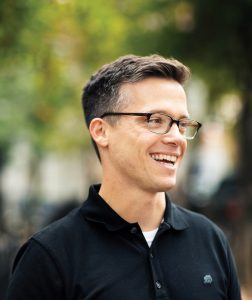 “I am thrilled to see that my people have begun to take these opportunities, not only as their own for them to learn, but to see this as a work that we are collectively doing for our church and for our community,” Johnson said. “There are times when I look at that and I am just overwhelmed at how the Lord is working in them to become more proficient in the scriptures, to become deeper lovers of Christ, to become better friends to each other, to become more equipped to serve their local church, and to be more useful to their unbelieving neighbors and friends and coworkers and family members.”

Raymond Johnson’s first church was not what he expected. In his first couple years of ministry, he faced challenges he had not anticipated. The effect on his morale, especially during those early days, was significant. 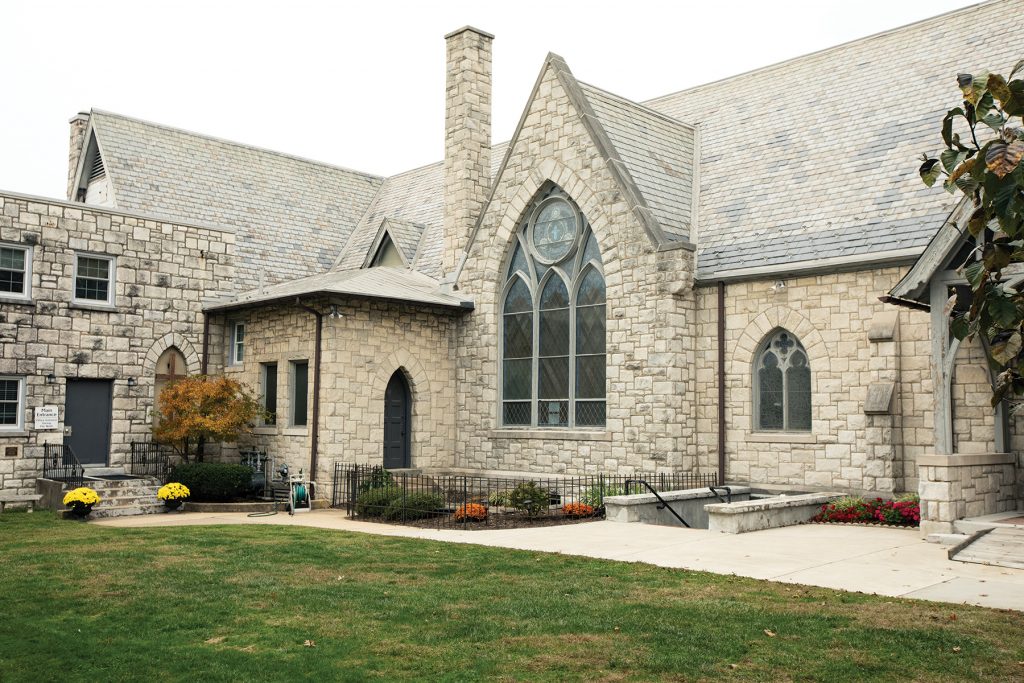 “The sorrows of being a pastor cannot be overstated,” he says now, reflecting on the beginning of his ministry. “Spiritual warfare is real, and the path of faithfulness comes through suffering. I wasn’t fully prepared for the grind of pastoral ministry.”

With numerous challenges piling up each day, Johnson needed something upon which to stand. Something solid, tested, trustworthy. Reading and rereading the Bible — particularly the books of 1 and 2 Timothy and Titus, with their emphasis on young men in ministry — grounded his daily life and encouraged him to “preach the Word, in season and out of season” (2 Tim 4:2).

Many theologians throughout history have argued that the church was built up solely by the Word of God. Johnson has found that to be true in his own ministry.

“It was a steadfast commitment to preaching the truth that began to lay a foundation for years to come.”

That commitment emerged from his formative years of training at Southern Seminary, which Johnson says “forced” him to read, study, and trust the Word of God in life and ministry. More than anything, Southern is a seminary of the church, and graduates leave better prepared to withstand the rigors of ministry because of their grounding in the truth, he noted.

“Southern’s emphasis on preaching as the path toward church health has been the foundation of my ministry,” he said. “Preaching excellent sermons is the most important work I do in serving the people of God.”

Johnson knows how this sounds. There are so many other things faithful pastors need to do in addition to preaching. But pastoral ministry at its core, he argues, is about communicating an ancient faith to the many challenges facing the modern church. Every solution to difficulties in the Christian life is fundamentally Word-centric, and therefore comes back to the Scriptures.

“When I say that, I am able to say with conviction and without qualification that the most important thing that I do — though there are many pastoral duties that I have and things that are very important — is to preach and teach the Word of God excellently, or to the best of my abilities,” Johnson said.

He spends, on average, about 20 hours a week on his sermon — or half the standard American work week. He shuts down the office on Friday so there’s no one else there. No meetings, no distractions — just the Word. The Bible takes the prime of place both in the life of his church and the services of his church.

“I want my people to be more informed about their faith and realize how central it is in every aspect of our service.”

From his sermon, church staff develop study questions which are distributed to small group leaders, who lead numerous sermon-focused discussions about the sermon and the text for that week. Many members listen to the sermon again several times during the week leading up to their group meetings. 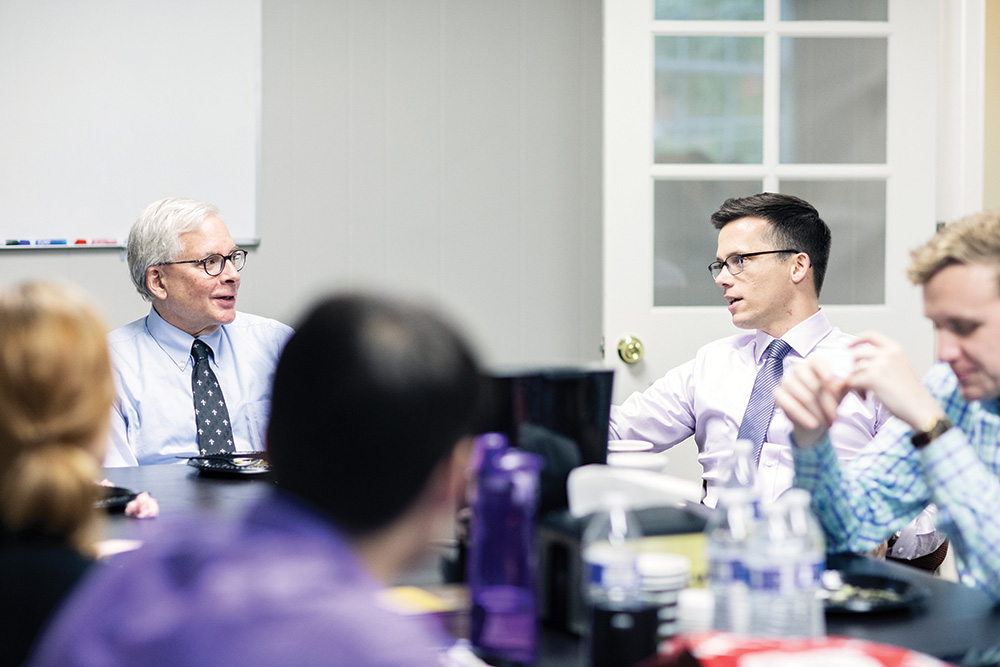 The church also takes very seriously its role as a beacon of light in the surrounding community. Situated in a post-Christian area in the mid-Atlantic, the town of West Chester is both sociologically and theologically diverse. It is a white-collar community in which the median income is relatively high, and it is populated by a racially diverse community attending Jewish, Muslim, and Christian places of worship. The town also lies amid the ruins of many failed mainline Protestant churches. So for Johnson, his church’s singular, laser-like focus on preaching and teaching the Word has a missiological effect on the surrounding area.

“The Reformers, to a man, had services that were not unlike what you might see here on a Sunday morning. And, to a man, they confessed doctrine together,” Johnson said, and his church certainly has a distinct European Reformation feel to it, with the high white walls, wooden arches, and a central pulpit. “I’m trying to get our people to think of the missiological component of that faithfulness, but I also want my people to be more informed about their faith and realize how central it is in every aspect of our service. There are small ways to make this clear, not just through a sermon, but through all of these other elements of our service where we can constantly teach them truth.

“The first time I remember doing a responsive reading, I really think nobody read with me, but my wife did out of sympathy. And now everyone is participating, and they see that represented in our church. I’m also finding that part of that is tied to our people in particular — they’re asking questions and they want to know the historic nature of their faith.”

One of the most significant events during the life of the church is the regular Sunday Night Theology. But it extends beyond just what happens on Sunday night. During this trip, Allison preached on Sunday morning, spent time answering questions from the church’s interns, and then after the service met with area pastors for dinner. It’s a long weekend, but it’s important for the emphasis Johnson is trying to create.

Johnson is also intentional about making the church a central part of his family’s life. He and his wife, Megan, have five children, and the family lives in a small apartment above the sanctuary (Raymond likes to say he is literally raising his children in the church).

“From a ministry perspective, it provides me the opportunity to prioritize my church, but not sacrifice my family on the altar of my ministry,” Johnson said. “If there are extenuating things that happen because of that, if my wife needs me, I can be there.” 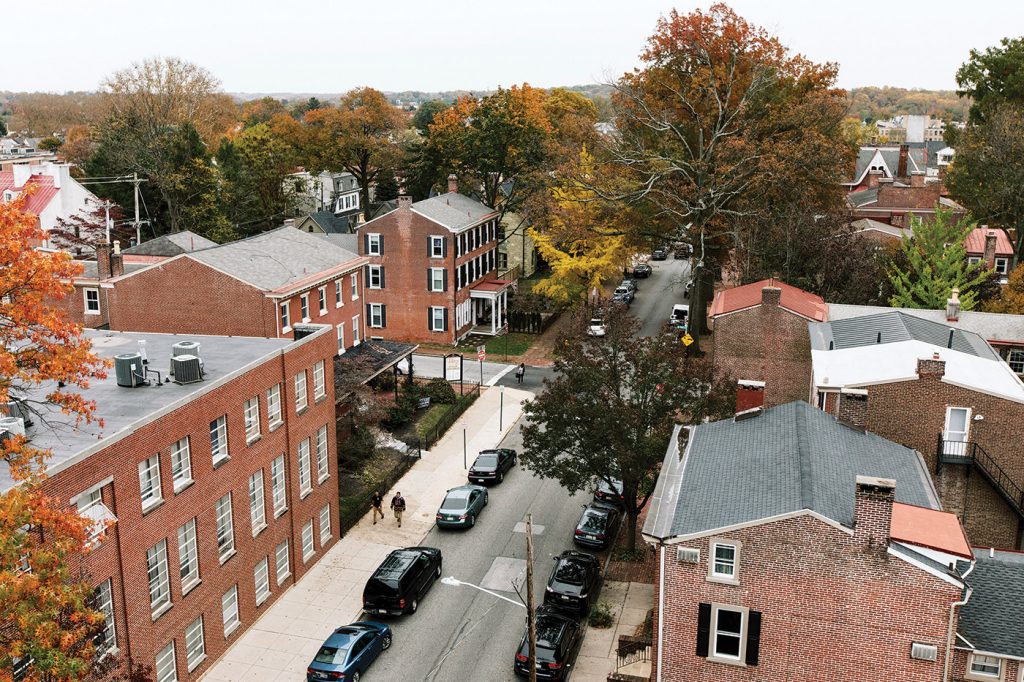 If you visit Raymond Johnson’s church, the thing that sticks out more than anything is his people’s real enthusiasm not just for theology, but for life and community in the church. Through his first five years of ministry, Johnson has learned that his own enthusiasm is reflected in his people. This is reflected in how Johnson presides over the service, as he did the morning Allison preached. After his church’s time of worship through singing, Johnson tells his people that he “loves to hear you sing.” In his pastoral prayer, he gets emotional when he pauses to pray for individuals in his congregation. After the service, he lingers for nearly 30 minutes shaking hands, laughing, and talking with members of his congregation. His people seem to follow suit.

“What I’ve learned is sometimes what I think are small comments are some of the most meaningful comments,” he says of his message that he loves to hear his people sing. “I’ve tried to say that many times over the years and people will pick up on that. I’m excited about Sundays and I like hearing them sing, and they’ll say that back to me and to each other. I never intended that phrase to be that meaningful, but it has become like that.

“There’s a stewardship there to communicate to people what they probably aren’t prone to think that Sunday really does matter. Their presence in Sundays matters, and in that moment, what I said today about singing was, ‘Your singing matters.’ Because your singing is not only for you, but it might be the means that the Lord uses to encourage the brother or sister around you.”