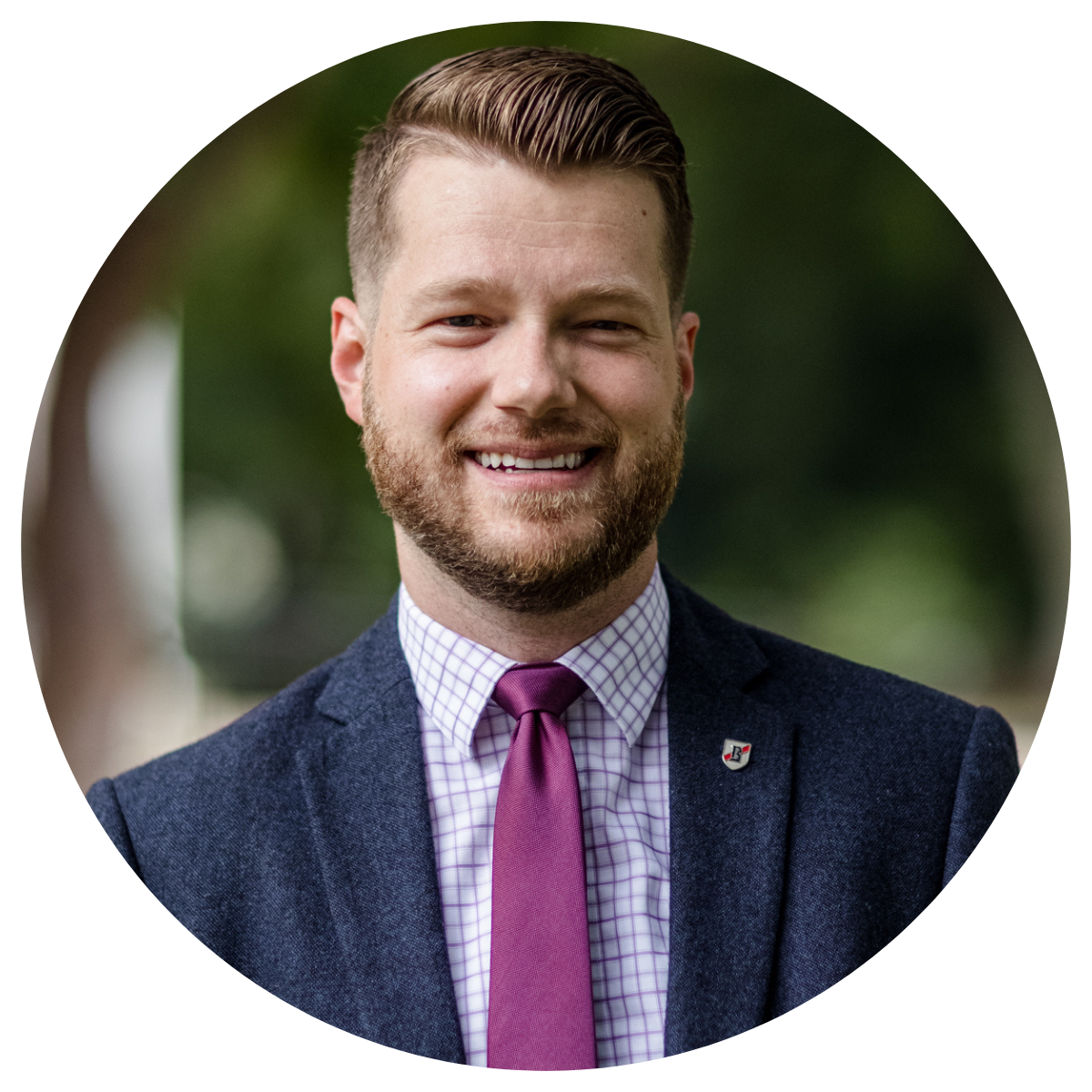 The only thing Tyler Flatt enjoys more than teaching is learning.

Flatt, who has served as assistant professor of humanities at Boyce College since late 2016, and program coordinator for Hu- manities since 2019, looks forward to the eschaton because there he’ll have unlimited time to learn.

“I love to learn about the world around me, and I’m looking forward to the day in heaven when time will never be short, when I can learn all about the worlds and the universe that God has made,” he said.

“I look forward to taking delight every day in all of the things he’s made and the way that he’s made them. Learning about the world around me is endlessly rewarding. And in the midst of these difficult times, I have had a little bit more time to do some learning on different subjects, which has been a consolation in strange days.”

Perhaps Flatt’s favorite time in world his- tory is the classical period, an epoch that produced some of the most profound literature in human history.

Flatt is a native of Ontario, Canada, and holds a PhD from Harvard University and a MA from the University of Toronto. Flatt’s passion is teaching the classical tradition in general and Great Books I and II in particular. The seeds of his love for the classical period and classical education were sown in an en- counter with Greek mythology at a young age.

“I remember as a kid, I had a book of Greek and Roman mythology, and I think there was some Norse mythology in there too. I grew fascinated by those stories, many of which are not necessarily true or good or beautiful, but they got me interested in how the Greeks and Romans looked at the world, and then I started learning about their history. Then when I was in high school, I started getting into classical literature—at first in English translation.

“From the history I got into the literature and philosophy and once that happened, I just said, ‘I don’t want to always be relying on translations. I would love to encounter these authors in the original.’”

His mother taught chemistry at the University of Waterloo, which is in his hometown. Since it had a strong Classics Department, the choice was simple for undergrad studies and that began the journey that brought him to Boyce today.

Flatt grew up in a Christian home and was converted to Christ at age seven. While in high school, a desire to learn theology began to germinate in his heart and mind. He became absorbed in the Scriptures and began to read authors like John Calvin, Martin Luther, and John Owen.

And through the influence of a family friend who was a professor, Flatt knew what he wanted to spend his life doing.

“For lots of people, it takes them a long time to figure out what they’re supposed to do,” he said. “But for me, I’m not a well-rounded person. I’m one of those pointy people where the gifts and opportunities that God has given me are all kind of concentrated in some very specific areas, and so from a young age it was clear to me that I wanted to grow really deeply in knowledge, and I wanted to help other people grow in knowledge too.”

He hopes to see students recover the tradition of developing the Christian mind and using the classics broadly in their ministries. In partnership with Rob Plummer and the Daily Dose Team, he has established the Daily Dose of Latin, available by YouTube subscription, in which he walks viewers through a book of the Vulgate. Together with Melissa Tucker, he’s also helped to develop the Classical Education Minor at Boyce, which aims at equipping teachers with a thorough knowledge of classical pedagogy to serve in the growing number of classical schools.

“I like to ask students who are skeptical of the ‘pagan classics’ a provocative question: ‘I want you to name for me a single major Christian thinker or theologian born before 1950 who was not steeped in the classical tradition,’” he said. “And nobody can because there are none.

“Whether you start at the early end with Tertullian, or Cyprian, or Clement of Alexandria, or even as recently in our own time as C. S. Lewis, all of these great thinkers on whom we rely in the Christian tradition were steeped in classical literature. And that’s because they found it extremely useful, not only for understanding the world around them, but also for becoming better and more sensitive readers of Scripture.

“Regardless of what ministry our students at Boyce may be engaged in, a classically-inspired education is going to equip them to communicate persuasively and powerfully. Getting in touch with the literature, philosophy, and history of the classical tradition will endow them with a treasure-house of time-tested wisdom and good sense about the world and about humanity.”