COVID-19 has done nothing to quarantine the urgency of the ministry of Southern Seminary’s Jenkins Center for the Christian Understanding of Islam. Ayman S. Ibrahim, PhD, the Bill and Connie Jenkins Chair and associate professor of Islamic studies, serves as director of the Jenkins Center which continues to help equip students and other Christians to understand Islam and to engage Muslims with the good news of Jesus Christ.

“Our goal is to help the church to learn how to connect with Muslims and how to understand different aspects of Islam and how Islam is presented and practiced worldwide in different ways,” Ibrahim said. 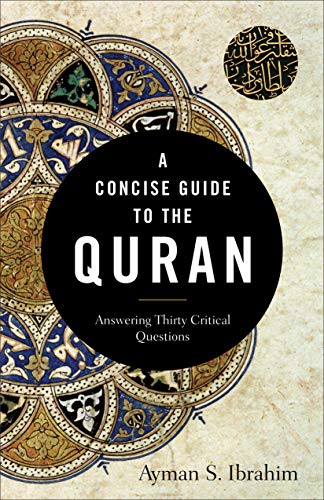 What is so unique about Islam’s scripture, the Quran? Who wrote it, and when? Can we trust its statements to be from Muhammad? Why was it written in Arabic? Does it command Muslims to fight Christians? Why is it so important for Christians to know what Muslims believe? Dr. Ibrahim frames this vital discussion by answering 30 questions.

“We’ve developed our unique way of ministry here in terms of writing—we write a lot of pieces, including articles, book re- views, blog posts, and we also write books. Every book I publish is supported by the center. Although we’ve had to adjust to not traveling here and abroad, we’ve not backed off the ministry over the past year at all.”

Ibrahim began with the Jenkins Center in July of 2015, a few months after it was established. In that time, he has trained dozens of students and written many articles on Islam and now serves on the committee on Islam for the Evangelical Theological Society (ETS). He gave a plenary address at the ETS annual meeting last fall and last November published an important book on Islam through Baker, A Concise Guide to the Quran: Answering Thirty Critical Questions.

The book sold nearly 1,000 copies within the first two months and has opened doors to Ibrahim for interviews about Christianity and Islam with several media outlets. Ibrahim describes the Jenkins Center as “an academic center with a missionary heart.” In addition to academic lectures and events designed to bring experts on Islam to campus, the Jenkins Center exposes students to Islam by traveling to heavily Muslim regions in the U.S. and abroad. Ibrahim looks forward to those trips resuming after COVID-19 is fully under control.

Ibrahim said the number of children born into Muslim families in America is growing, but the number of converts to Islam is not. The latest studies show that roughly the same number of Muslims are de-converting from the faith as non-adherents are converting in America. In other places like eastern Iran and Muslim-dominated Algeria, conversions to Christ are on the rise.

He encourages students to read the Quran, but with some guidance from his new book.

“The Quran is a very disconnected text,” he said “It is very hard to follow. I think it’s very valuable for Christians to read the Quran just to know the text that Muslims revere and to value the Bible we have. The more you go through the Quran, the more value you will have for the Bible.

“The Bible was written over millennia, but from Genesis all the way to Revelation, there is unity even though there is diversity in the writing. But the Quran is very different. It is very scattered. It will make you appreciate the Bible even more.”

If a Christian has a Muslim neighbor and wants to engage him, where is the best place to start? Ibrahim said it’s important not to shrink back from discussing religion with them.

“Befriend them, and before you leave the first meeting ask them a religious question,” he said. “Usually, Americans are reluctant to speak of politics and religion, but Muslims are open to talking about religion immediately. If you don’t talk about religion within two minutes, they will talk about it. They’ll invite you to (embrace) Islam.

“Asking questions is always the greatest philosophy for interacting with Muslims because you don’t appear like you are at- tacking them. Ask questions that are meaningful like, ‘Are you religious?’ or ‘What do you know about the life of Mohammed?’ Present the image of Jesus in your loving heart and in your loving attitude. Don’t leave the first meeting without planting a seed. Maybe you ask a question that would help you present the gospel at the next meeting or to continue the conversation.”