Preach Christ from the Gospels

In the gospels, the biblical storyline moves from the Old Testament promise of a messianic kingdom to the presence of the messianic King

I am frequently asked, “What was the topic of your dissertation?” When I reply, “Developing a Christocentric, Kingdom-Focused Model of Expository Preaching” the response is often, “Oh, it is about preaching Christ in the Old Testament.” The almost universal assumption is that no one has difficulty preaching Christ from the New Testament, especially from the Gospels (or more accurately, the four accounts of the one Gospel).

Most recognize elements of discontinuity between the Old Testament narrative and us, but wrongly assume no discontinuity exists between the Gospels and us. We are not first-century Jews living at the time of the Incarnation, but the Gospels feel like familiar territory — and we maintain a false sense of security because we are more familiar with their contents. But many of the problems with contemporary preaching of the Old Testament are just as readily apparent in sermons from the Gospels. Sermons that fail to exposit the biblical text in light of Christ from the storyline of redemptive history are not preaching Christ — no matter how frequently they mention him.

Simply mentioning Jesus or preaching about an encounter in the life of Christ does not constitute preaching Christ. Whenever we jump from the biblical text straight to us we are guilty of treating the Bible as if it is all about us instead of all about Jesus. Moralistic, atomistic sermons that abstract moral principles apart from the gospel of Jesus Christ are anti-Christ, even when the principles are drawn from a particular episode in the life of Christ. When the sermon’s preeminent aim is to ask and answer the question, “Where am I in the story? What do I need to do?” the result is a sermon in which the Pharisees opposing Christ in the Gospels could have said, “Amen!” (John 5:39).

Preaching Christ from the Gospels means that we do not take the gospel for granted. The Gospels reside in a biblical-theological context that constitutes an eschatological blast of the trumpet. In Jesus, the biblical storyline moves from the Old Testament promise of a messianic kingdom to the presence of the messianic King. Jesus’ preaching of the kingdom was in continuity with the kingdom emphasis in the Old Testament; but what made his preaching unique was his contention that the kingdom was being presently fulfilled in him. Jesus’ life, ministry and preaching revealed the inaugurated eschatological tension of the kingdom, an overlap of the ages, in which the kingdom of God was already present but still awaits consummation in the age to come.

The Gospel accounts reveal Jesus as the gospel preacher par excellence. At the commencement of his Galilean ministry, the Markan account states, “Jesus came into Galilee, proclaiming the gospel of God, and saying, ‘The time is fulfilled, and the kingdom of God is at hand; repent and believe in the gospel’” (Mark 1:14b-15). The decisive time had arrived. His message was the Good News that every promise made to Israel finds its “Yes” and “Amen” in him (2 Cor 1:20). Jesus was ushering in and proclaiming the promised Messianic age of salvation. He is both the object and the subject of the good news.

Luke’s Gospel records the Galilean crowds’ pleading with Jesus to stay and continue his miraculous ministry of healing and exorcism, to which he responds, “I must preach the good news of the kingdom of God to the other towns as well; for I was sent for this purpose” (Luke 4:43). It is striking that, according to Jesus, preaching the gospel of his kingdom held the place of primacy in his mission. The four Gospels mention the kingdom more than 120 times. When the resurrected Christ appeared to his disciples he urged them to rethink and retell the entire Old Testament story in light of his inauguration of kingdom. The Gospel accounts establish the fact that all of the promised blessings to Israel are fulfilled in one Jew, Jesus of Nazareth, who perfectly obeyed the law of God, is crucified for his people and raised from the dead for their justification.

Thus, preaching Christ from the Gospels, means recognizing the Old Testament roots of the teaching and themes found in the Gospels and understanding each Gospel text through the already-but-not-yet eschatological lens of the kingdom of Christ. Jesus stood in the Nazareth synagogue, unrolled the scroll, read Isaiah 61:1-2, which referenced the Year of Jubilee in a way that went beyond its institution in Leviticus 25:8-22, and he declared, “Today this Scripture has been fulfilled in your hearing” (Luke 4:21). Jesus did not call for reform to reclaim the Year of Jubilee; he claimed that in his presence, the promised Sabbath rest of the Year of Jubilee was fulfilled.

Simply put, Christ preached Christ and we must as well. In the Gospel accounts, it is clear that all of the promises of God are fulfilled in Jesus Christ and that apart from him, there are no promises. The Gospel accounts are certainly replete with moral and ethical imperatives but they are not bare, abstract imperatives. The preacher who myopically focuses on biblical moral instructions, abstracted from the story of Jesus in the storyline of Scripture, will cultivate self-righteousness in the prideful, despair in the humble and damn the lost.

For instance, Jesus’ Sermon on the Mount (Matt 5-7) is full of imperatives. The preacher who treats these as abstract ethical commands — avoid anger, lust, divorce, oaths, retaliation, love your enemies, give to the needy — can be guilty of using the words of Jesus to drive hearers away from the kingdom of Christ. It is easy to teach the ethical truths of the Sermon on the Mount apart from the story of the Christ who is preaching those truths. If our sermon from Jesus’ sermon abstracts the imperatives from “the Gospel of the Kingdom” (Matt 4:23) then we turn the good news into bad news.

The ethical commands of the Sermon on the Mount are not a plan for self-improvement. Rather, they are the con- sequential imperatives that can only be rightly understood and lived out in light of the foundational gospel indicative. The larger framework of the Gospels makes clear that this relationship cannot be reversed.

The Gospel accounts clarify that, in principle, Satan is not opposed to morality, self-improvement or religion. In fact, Satan quotes Scripture and urges others to claim the promises of Scripture. But his temptation of Christ clarifies that he is opposed to the gospel of the kingdom of Christ. He wanted Jesus to claim the promises apart from the cross and the kingdom — and he wants you to preach the Bible in the same way.

Let me suggest one question to ask yourself when you have finished preparing your sermon. It is one I would recommend that you ask yourself any time you prepare to preach, and I think it is every bit as needed when preaching from one of the Gospel accounts as it is when preaching from the Minor Prophets: “Did Jesus have to be crucified and resurrected for this sermon to work?”

If not, start over. 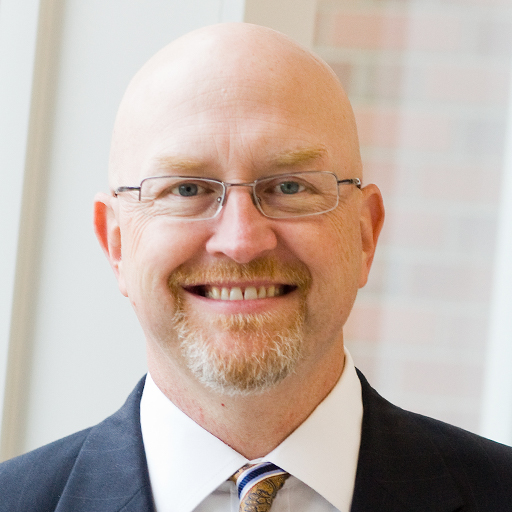