Consider anew the beauty, power and wonder that the four Gospels give to us.

There was a time in the not so distant past when many conservative Christians were suspicious of any preacher or professor who emphasized the Gospels too much. On the surface this seems like an odd thing to say and an odd position to take. After all, are not the Gospels Holy Scripture and indeed the place where we see Jesus himself? Could they really be emphasized too much? Nevertheless, there was anecdotal evidence that gave this assumption some grounding.

Specifically, leading up to the tumultuous days of the Conservative Resurgence in the Southern Baptist Convention, a divide had often occurred between those who emphasized the Gospels versus those who emphasized the Epistles (especially Paul). The opposing groups often chose one part of the New Testament over the other. The “moderates” or “liberals” tended to define the gospel in terms of love, mercy, acceptance of others, political progressiveness and social upheaval and reconstruction — all stemming from the model and teachings of Jesus himself as found in the Gospels.

On the other hand, the “conservatives” perceived correctly that the Bible not only speaks of these things but also teaches non-negotiable doctrines about the person of Christ, the nature of God and salvation and the need for correct confessional understanding and repentance. This understanding of the gospel finds its clearest expression in the Epistles. As a result, a split in practice (if not completely in principle) occurred in those deeply divisive days. I have been told that a regular litmus test was just this: preachers and professors who emphasized the Gospels generally could be reckoned on the liberal side of the ledger, while those who emphasized Paul and the Epistles on the conservative side. Neither side trusted the other and the intensity of the disagreement tended to increase the divide and entrench both sides in their positions, as such debates always do.

A biblical “both-and” not an “either-or”

There is no doubt that the conservative position was right to emphasize that using Jesus in the Gospels merely as a model of ethics and social justice was problematic and ultimately spiritually bankrupt. This is not only because of the clear doctrinal teachings of the Epistles, which are also part of the inspired and inerrant canon of Holy Scripture; this position is also untenable by an examination of the Gospels themselves. The Gospels are no less doctrinal than the Epistles, and neither do they have a different message — all of the Gospels focus on the divine nature of Christ and the need for forgiveness of sins, even as the Epistles do; the Pauline Epistles don’t have a corner on the market of doctrinal teaching and the call for personal repentance.

Yet, I’m afraid, an error can occur on the other end of the spectrum. While rightly emphasizing the Epistles and their teaching, we can consciously or unconsciously de-emphasize the Gospels. In our correct stress on the necessity of doctrinal beliefs such as the deity of Christ, we can forget that Jesus was a man and a model and that he taught many things by his own example.1

The way of wisdom and truth is to avoid such false dichotomies and to hold together what God has given us in the New Testament canon — both the Gospels and the Epistles. Both of these parts of the New Testament canon are inspired and given by God to his church. And his church suffers if we neglect either the Gospels or the Epistles in our practice, preaching and theological formulations.2

Emphasis on the Gospels versus the Epistles should not be seen as a litmus test of faithfulness. Rather, a better biblical gauge is faithfulness to the witness of both aspects of the New Testament canon. The way of wisdom is a “both-and,” not an “either- or” when it comes to the Gospels and the Epistles. The good news is that while the split between the moderates and the conservatives has not ended, thankfully, the fearful neglect of the Gospels by many evangelical believers is diminishing.3

Using the zoom slider on the “both-and”: the Gospels as the archway into the canon

So far we have been looking at the macro-level map of the New Testament canon. I have suggested that we dare not neglect the Gospels or the Epistles in understanding the lay of the biblical land.

At the same time, I would suggest that when we use the zoom slider on the metaphorical Google map of the Bible we will see that the two land masses of the Gospels and the Epistles — while both absolutely essential — are neither precisely the same, nor do they offer the same kind of topography or natural resources.

It is also worth noting that the four-fold Gospel book6 intentionally stands at the head of the New Testament. In the providentially superintended development of the canon, the four-fold Gospel book is the entry way and the leading foot. We can rightly draw an analogy with the relationship between the Pentateuch to the Prophets in the Old Testament, and the relationship of the Gospels to the Epistles.

The Pentateuch provides the foundational narrative and the historical accounts of God’s work in creating and form- ing his people. The prophetic literature harkens back to these narratives and applies their truths to contemporary situations. One would have trouble understanding and reading well the Old Testament if the canon began with the Prophets (or the Writings) and only later gave us Genesis through Deuteronomy.

So too is the relationship of the Gospels to the Epistles. The Gospel biographies of Jesus, who is the undeniable center-point of Christianity, are the foundational documents for the new covenant/New Testament. They orient us to a proper understanding of what Christianity is and who Jesus himself is.

These insights about the central role of the Gospels in our understanding of the Bible have led me to analogize the four-fold Gospel as the keystone in the archway into the canon of Holy Scripture.9

The keystone of an archway fits in such a way that it holds both sides of the structure in place, thereby enabling an entryway. On the one side of the keystone are the Old Testament Scriptures; on the other side are the rest of the New Testament writings. It is the Gospels that uniquely are shaped, formed and placed to hold together these two major sections of the canon. On one side, the Gospels present themselves as the completion and consummation of the whole story of God’s work from creation through the exile of Israel; on the other side, the Gospels, as we have seen above, serve as the foundational source documents for the Epistles which take up the true accounts and teachings of Jesus and apply to pastoral situations.

How shall we then live (and theologize and preach)?

Of course, much more could be said in terms of arguing for this keystone position of the Gospels, but space constraints require that we conclude with a few suggestions concerning the implications of these ideas. Even if you are unsure about what this would mean to emphasize the central role for the Gospels, I trust we can all agree that the Gospels should in no way be neglected in our reading, studying and teaching of the Bible.

If indeed we were to think anew about the importance of the Gospels in our lives and ministries, what would be some of the implications? I will suggest three.

First, rather than simply using certain Gospel texts for Christmas and Easter sermons and plucking a few Gospel flowers to plant in the soil of some topic such as divorce, we should rise to the challenge (and it can be daunting!) of preaching and teaching through a whole Gospel account.

Second, a renewed attention to the Gospels will help us understand and appropriate many theological themes that we might otherwise neglect. For example, while the theme of the kingdom of God is not absent from the Pauline Epistles (indeed, I would say it appears quite regularly), it is completely unavoidable in the Gospels. One cannot read the Gospels without getting a very clear sense that Jesus’ ministry — and therefore ours as well — is focused on, framed by and looking forward to the coming kingdom of God. Renewed focus on the Gospels will challenge us to make sure an explicitly kingdom-focus marks our church life, mission and evangelism.

Third and finally, paying closer attention to the Gospels can reinvigorate our understanding of the importance of discipleship. While believing correct doctrines and defending them is part of the Christian life, there is a larger and more comprehensive category that the Bible uses: being a follower or disciple of Jesus. No servant is greater than his master. To be a Christian means to be a follower after Jesus in believing his teachings and seeking to live according to them. We rightly understand that our living and following in no way earns favor with God or makes us God’s children — this happens through God’s gracious re-birthing of us through the work of the Holy Spirit — but the Gospels paint an unmistakable picture of what it means to be a Christian. It means to seek to follow — imperfectly and failing to be sure — Jesus’ own model of loving God and loving neighbor and taking up one’s cross of suffering and hardship. While the richness of our salvation through spiritual union with Christ is more than discipleship, Christianity is certainly not less than being a follower-disciple. The Gospels help us see this clearly.

To conclude, I will simply invite you to consider anew the beauty, power and wonder that the four Gospels give to us. They are a marvelous gift given to every generation of followers Jesus. 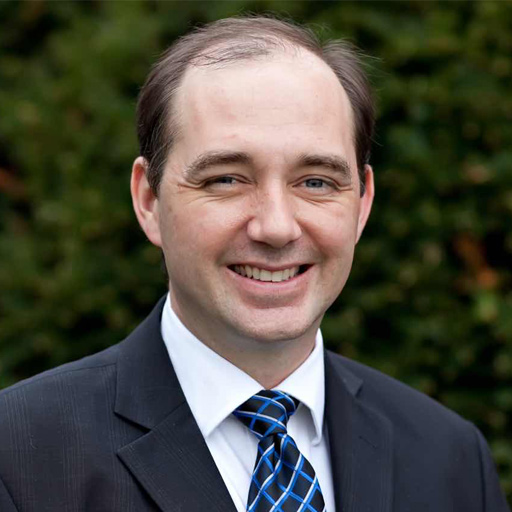 Jonathan T. Pennington, who holds a Ph.D. in New Testament Studies from the University of St. Andrews (Scotland), is associate professor of New Testament Interpretation at The Southern Baptist Theological Seminary, where he is also director of the Ph.D. program. Pennington is the author of The Sermon on the Mount and Human Flourishing, Reading the Gospels Wisely, and Heaven and Earth In the Gospel of Matthew. He is also on the preaching staff at Sojourn East in Louisville, Kentucky.