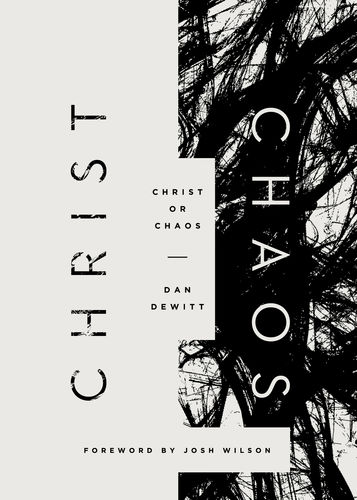 More than half of those raised in Southern Baptist churches leave the faith within two years of high school graduation, according to recent surveys. But precious few resources help young adults navigate the perilous intellectual and spiritual landscape of higher education. In his new book Christ or Chaos, Boyce College Dean Dan DeWitt demonstrates the stakes of the Christian worldview and outlines a coherent defense against atheism. Each of the book’s seven chapters considers a worldview theme, like the origin of the universe, evidence of God in creation, the problem of evil, and intrinsic knowledge of the divine.
At 144 pages, Christ or Chaos is easy to digest and provides an exceptional tool for preparing young adults to think through philosophical challenges to the Christian faith. Along with The Owlings and Jesus or Nothing, DeWitt is steadily building a library of simple and accessible resources to safeguard future generations of young believers. This book is a wise investment for pastors to use in discipling families and youth alike. — S. Craig Sanders 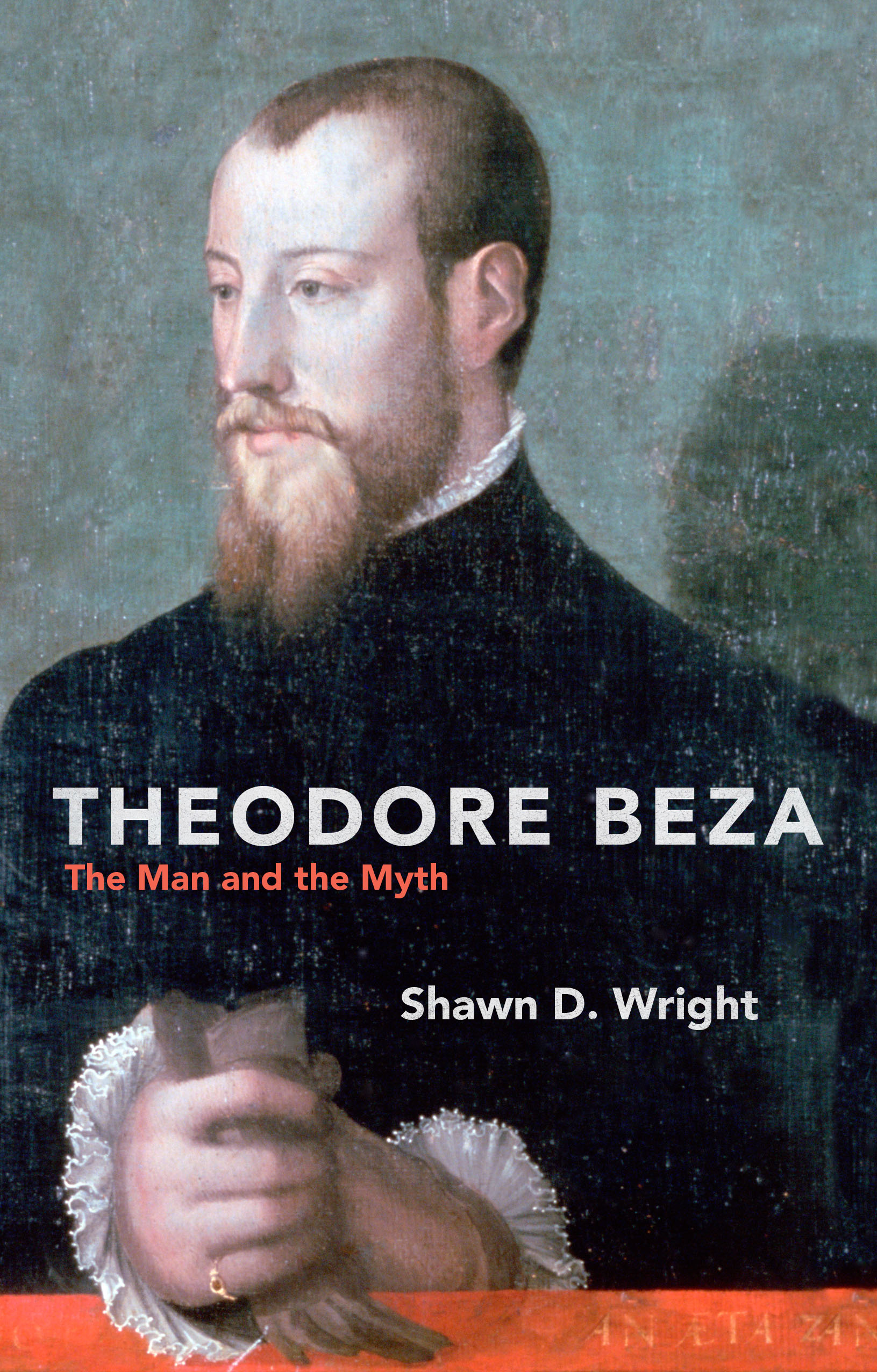 Theodore Beza: The Man and the Myth

Despite being one of the great figures of the Protestant Reformation, not much is known about Theodore Beza, a French theologian and acolyte of the more famous John Calvin. In fact, what is known is often mythical and exaggerated, such as the erroneous perception that Beza coldly systematized Calvin’s rich biblical-theological legacy.
For this reason, Shawn D. Wright, associate professor of church history at Southern Seminary, wrote his short biography of the Reformer, Theodore Beza: The Man and the Myth. Wright aptly traces the theological influences of Beza, particularly in his leadership of the Calvinist movement after Calvin’s death, but especially shines light upon his pastoral heart and character. Unlike his mentor, who struggled with pride and anger throughout his life, Beza was a remarkably humble man who had much warmer interpersonal relationships in ministry. Based on his own close reading of Beza, Wright reveals a more nuanced portrait of a man who loved the gospel and cared for his people. — Andrew J.W. Smith 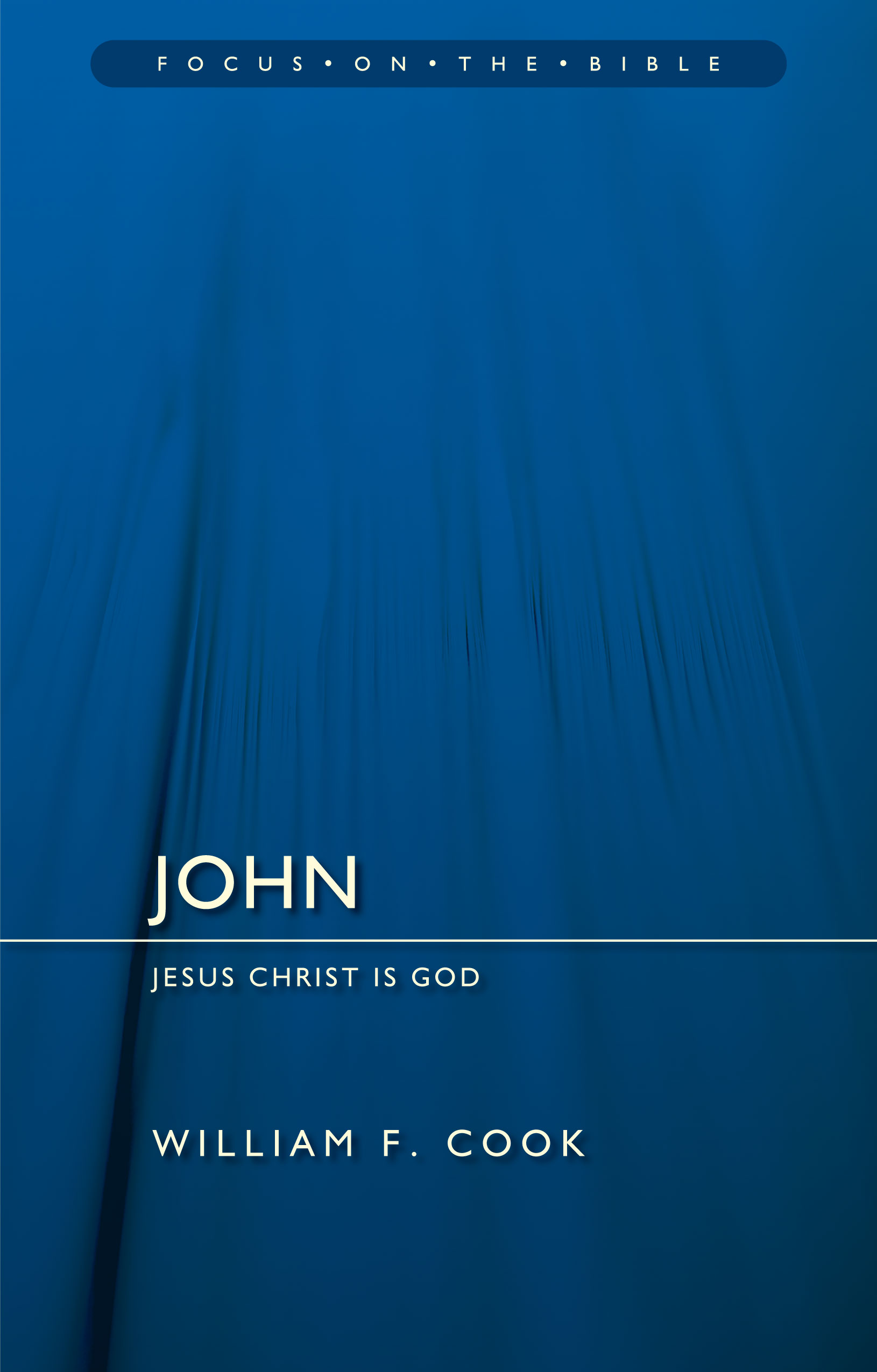 The Gospel of John: Jesus Christ is God

The late New Testament scholar Leon Morris once likened the Gospel of John to “a pool in which a child may wade and an elephant can swim.” Perhaps more than any other Gospel, John’s apparent simplicity at first blush (parts of the book are often translated by first-year Greek students) veils a much deeper complexity that invites the most serious theological reflection.
In his commentary, John: Jesus Christ is God, William F. Cook, professor of New Testament interpretation at Southern Seminary, makes some of that complex theological reflection easy to grasp for any Bible reader. The book explains the Gospel of John in simple terms, following a clear outline of the text. Especially profitable for personal and small-group use are the practical and pastoral reflections at the end of each chapter and the study questions for deeper thinking.
The thesis of John’s gospel is clear and prominent in the commentary, and Cook’s prose is accessible. —Andrew J.W. Smith 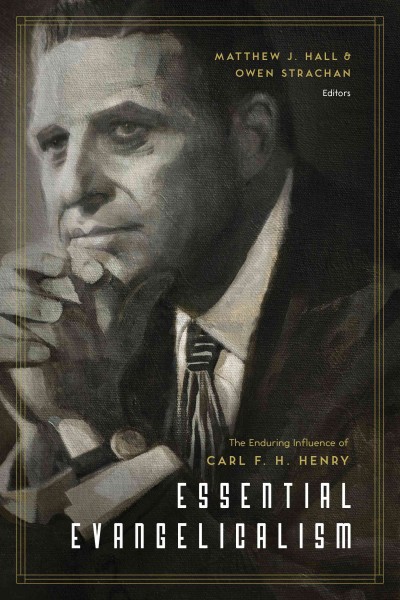 In Essential Evangelicalism, co-edited by Southern Seminary administrator Matthew Hall and Midwestern Seminary professor Owen Strachan, contributors offer a robust picture of Carl F.H. Henry as theologian, evangelist, philosopher, visionary, and friend. Each chapter varies from personal reflections of specific conversations and intimate moments (like SBTS President R. Albert Mohler Jr., Richard J. Mouw, and Paul House) to historical accounts of Henry’s ambitions and beliefs (like Strachan and Greg Thornbury).
Much of the book focuses on Henry’s drive and ambition for the establishment of a highly academic Christian research university. Henry rightly understood that evangelism could not be devoid of orthodox theology, and therefore sought to establish an institution that could correctly educate the new generation of Christian scholars. His founding of Christianity Today and publication of God, Revelation, and Authority are among his greatest achievements. — Jeremiah Greever 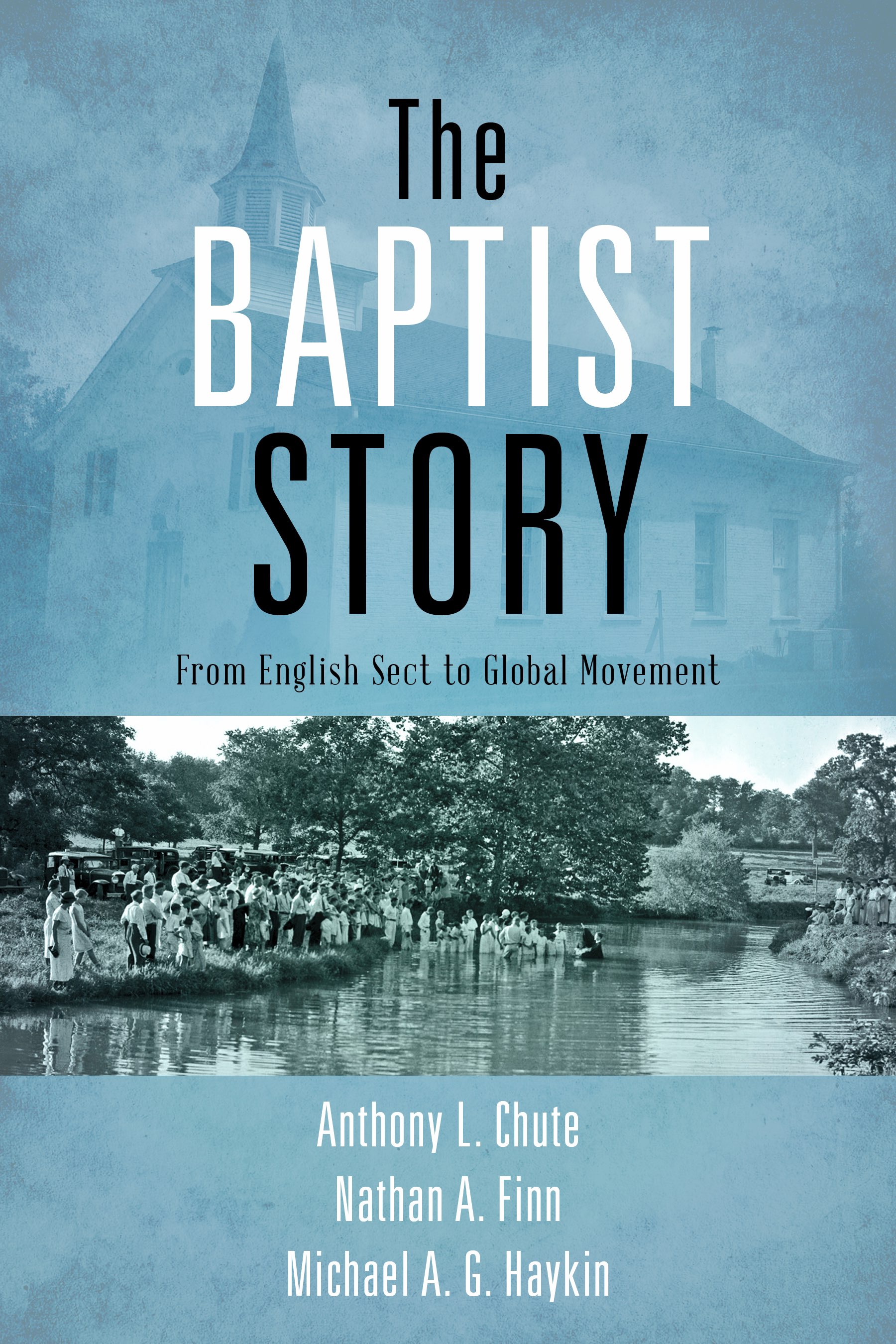 The Baptist Story: From English Sect to Global Movement

Tracing Baptist history is a daunting endeavor, but one that Southern Seminary church history professor Michael A.G. Haykin, Union University’s Nathan A. Finn, and California Baptist’s Anthony L. Chute are suited to embark. From its humble English beginnings in the early 17th century to its developing global reach in the 19th century, The Baptist Story provides highly valuable information yet remains accessible to most readers.
In telling The Baptist Story, the authors acknowledge the history of racism and slavery that marred Baptists in North America and the rise of liberalism when doctrinal distinctives were seemingly forgotten. These things, they say, tell the story of Baptists, warts and all. And it is this story they tell, one marked over several centuries by “three interrelated themes: promoting liberty of conscience, following Christ’s will in our individual lives and churches, and proclaiming the gospel everywhere.” — Sean W. Corser 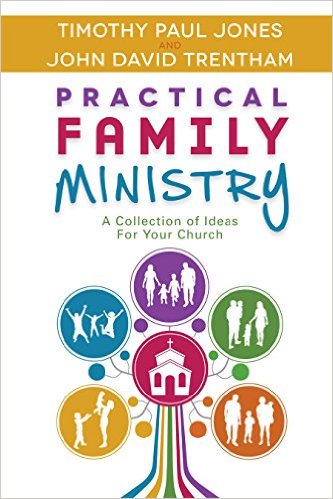 Practical Family Ministry: A Collection of Ideas for Your Church

Determining how to fit the non-traditional family into a church family ministry model can be difficult. Practical Family Ministry: A Collection of Ideas for Your Church provides foundations for how to equip the family as the main discipleship and evangelistic tool in the contexts of blended families, Christian homes, and even for senior adults.
Co-authors Timothy Paul Jones and John David Trentham serve as Southern Seminary professors with backgrounds in family ministry and leadership. In the context of ministry, the authors describe reaching a point and realizing that “God had designed the family to make disciples and that we needed to partner with parents to disciple the next generation.”
With chapters explaining “family-as-church,” “church-as-family,” and “faith-at-home” ministries, the authors provide practical tips through visual charts reinforcing how to do family ministry in the specific context of your church. — Annie Corser 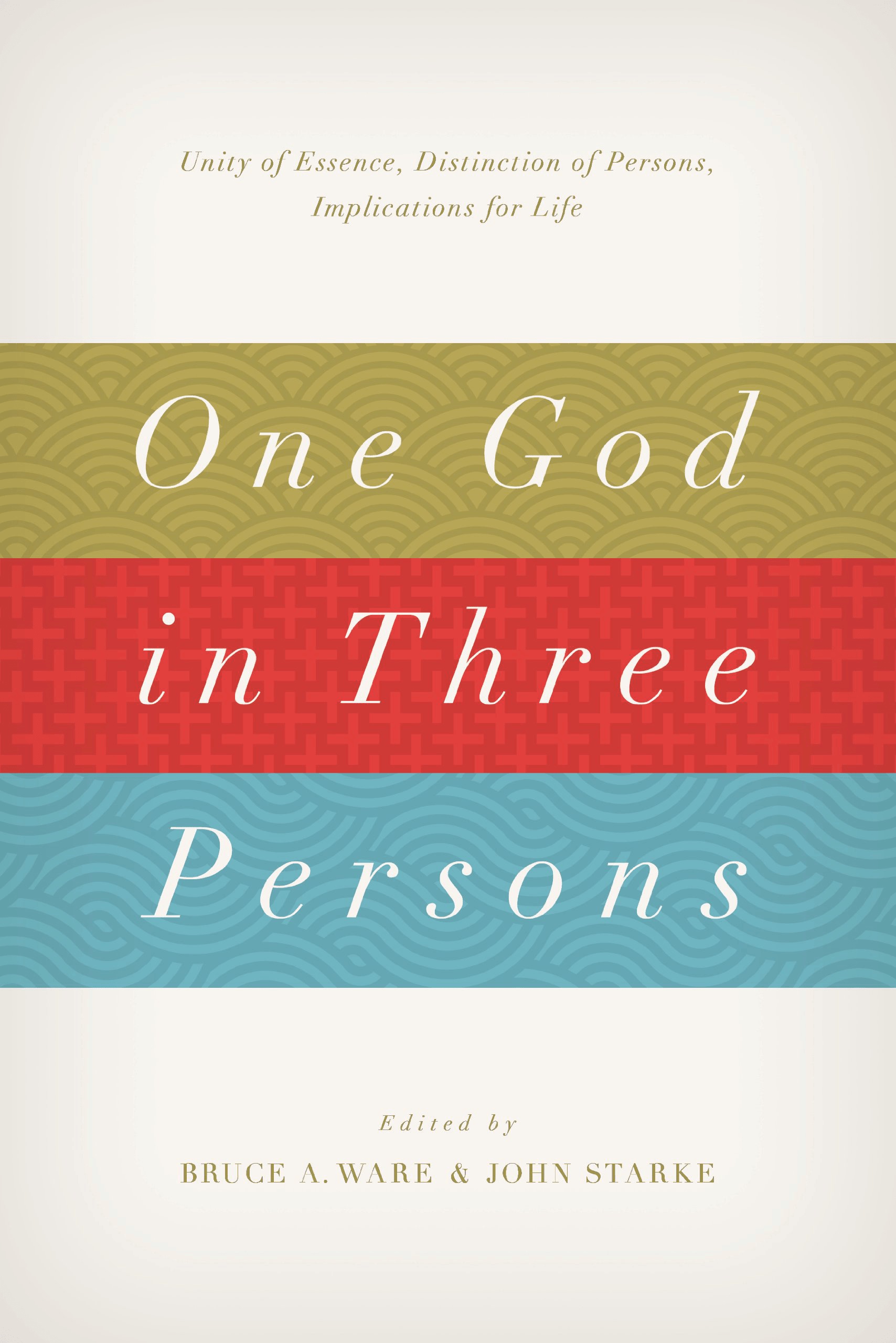 One God in Three Persons: Unity of Essence, Distinction of Persons, Implications for Life

In One God in Three Persons, edited by Southern Seminary theology professor Bruce Ware and NYC pastor John Starke, evangelical scholars attempt to handle more specifically the issue of submission and subordination between the Son and the Father.
Ware and Starke’s book explains the submission of Christ as the prototype for gender distinctions through biblical exegetical proofs, the teachings of the early church fathers, various philosophical considerations, and sound theological arguments.
Through the study of the relationships between each person of the Trinity, the authors argue the case for complementarianism. The contributors in different ways subscribe to the notion that as each member of the Trinity holds different functions, so also do men and women.
Ware and Starke’s efforts are helpful in further understanding the scholarly debate concerning the submission of Christ to the Father. — Jeremiah Greever 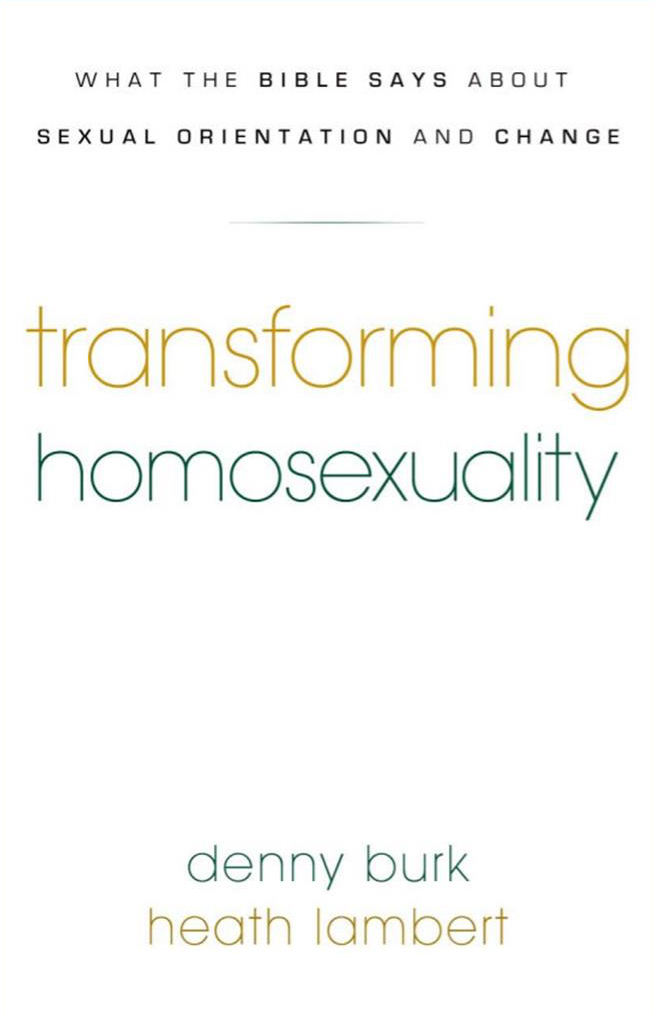 Transforming Homosexuality: What the Bible Says About Sexual Orientation and Change

The gospel ultimately demands a heart change from homosexuals, Boyce College professors Denny Burk and Heath Lambert write in their new book Transforming Homosexuality. They examine how the truth of the gospel is for homosexuals because it is for all people.
The main goal behind the book is to be persuasive about the truth found in Scripture, specifically relating to homosexuality, by combining a discussion on ethics and ministry to provide biblical truth and practical application. The book emphasizes clearly that the goal for a person who struggles with same-sex attraction is not to be attracted to the opposite sex, but to “seek to honor Jesus with their sexuality.”
The book also encourages believers to minister to people who struggle with same-sex attraction by speaking the truth of the gospel in love and humility. Transforming Homosexuality offers hope for sinners by reminding them of the grace of the gospel that provides the power to change through the process of sanctification. — Annie Corser