Home · Article · What Does Scripture Say about the Fall of Satan?

What Does Scripture Say about the Fall of Satan?

Throughout the history of the church, Christian orthodoxy has regarded the devil and his minions as angels who were created by God but fell into sin and misery.

The fall of Satan and his angels is shrouded behind a veil and cloaked in mystery. [1] Throughout the history of the church, Christian orthodoxy has regarded the devil and his minions as angels who were created by God but fell into sin and misery. William Gouge (1575–1653) wrote, “The devils by creation were good angels, as powerful, wise, quick, speedy, invisible, and immortal as any other angels.” [2] The Puritans believed that demons shared the same nature as angels, but through rebellion against God they became subject to divine judgment. When these angels fell, Gouge said, “They lost not their natural substance, and essential properties thereof, no more than what man lost when he fell. . . . Only the quality of his nature and properties is altered from good to evil.” [3] Accordingly, the Westminster Larger Catechism aptly states, “God by his providence permitted some of the angels, willfully and irrecoverably, to fall into sin and damnation, limiting and ordering that, and all their sins, to his own glory” (WLC 19).

Writing extensively on the fallen angels, Jonathan Edwards (1703–1558) believed that Lucifer—the name that many in church history have given to Satan before his fall—was created to be immensely superior to all the other angels and held a type of leadership, dominion, and strength over the other angels. Lucifer before his fall, Edwards writes, “was the chief of all the angels, of the greatest natural capacity, strength and wisdom, and highest in honor and dignity, the brightest of all those stars.” [4] Edwards pointed to Isaiah 14:12:—“How you are fallen from heaven, O Day Star, son of dawn!”—as an indication that Lucifer outshined all the other angels that were created. Edwards believed the title of “the anointed cherub” (Ezek. 28:14) points to the fact that Lucifer was created as the highest of all the angels. Lucifer is also described in Ezekiel 28:14 as residing “on the holy mountain of God,” who walked “in the midst of the stones of fire.” In Ezekiel 28:16, there seems to be a reference to the “covering cherub” (KJV) who resides in the temple’s Holy of Holies and use his wings to cover the throne of God. In this context, Edwards believed this cherub to be the being who was in the closest proximity to the throne of God. Edwards noted that this was a great honor and caused him to be exalted above all other angels. Yet, Edwards quickly pointed out, as the second person of the Godhead, Christ is exalted supremely higher than Lucifer. In other words, Edwards speculated that while Lucifer was only near the throne, Christ, being supremely higher and more excellent in His being, sat down forever with God on the throne. This conclusion results in Edwards’ astonishing statement:

Lucifer, in having the excellency of all those glorious things that were about him all summed up in him, he was a type of Christ, in whom all the glory and excellency of all elect creatures is more properly summed [up] as the head and fountain of all, as the brightness of all that reflects the light of the sun is summed up in the sun. [5]

This archangel was assigned to “cover” or “protect” “the beloved race, elect man, that was God’s jewel, His treasure, His first fruits, His precious thing laid up in God’s ark or chest or cabinet hid in the secret of God’s presence.”6 In other words, Lucifer, according to Edwards, was employed at the creation of man to be the protector of redeemed humanity, but he “fell from his innocency and dignity, and Jesus in his stead becomes the cherub that covereth, the greater protector.” [7]

The Fall of Lucifer and the Angels

It was the very excellency and greatness of Lucifer, according to Edwards, that became the occasion of his fall from heaven. Edwards, speculating about the specific temptation that led to the ultimate fall of the angels, suggested that God, either just before or after the creation of man, declared to the angels that one of the same human nature should be His Son, “his best beloved.” [8] Thus, Christ assumed the role as the “head and king” of the angels, even as redeemed humanity would be “given to him and should worship him and be his servants, attendants, and ministers.” [9] Edwards said that God, who declared before the foundation of the world His great love for the race of mankind through Christ, “gave the angels the charge of [mankind] as ministering spirits to men.” [10] In essence, Edwards speculated that this event led to the fall of the anointed cherub, Lucifer, and a great number of the other holy angels. Edwards explained that Lucifer could not bear the thought that he was employed to serve and protect those who were hierarchically below him within creation. Edwards explained:

Lucifer, being the archangel, one of the highest of the angels, could not bear it, thought it below him and a great debasing of him; so he conceived rebellion against the Almighty and drew away a vast company of the heavenly hosts with him. [11]

Because Jesus Christ was fashioned in the likeness of men in His incarnation, Edwards said, Lucifer and a vast host of the other angels could not bear that such a being in human form, whom they considered below themselves, should rule over them in glory.

The account of Lucifer’s rebellion and the angelic objection in serving an incarnate Christ is not exclusive to Jonathan Edwards. In fact, the Italian Reformer Girolamo Zanchi (1516–90), a professor of Old Testament and theology at Strasbourg and Heidelberg, included several reflections about this in his own writings. Thomas Goodwin (1600–1680), who served as a member of the Westminster Assembly, also explored the same idea.

Edwards painted a dramatic image of cataclysmic conflict in heaven at the moment Lucifer turned against God and called for the rest of the angels to join him in his rebellion:

When Lucifer rebelled and set up himself as a head in opposition to God . . . Christ the Son of God manifested himself as an opposite head, and appeared graciously to dissuade and retrain by his grace the elect angels from hearkening to Lucifer’s temptation. [12]

Lest anyone consider the plan of God thwarted because of the fall of Lucifer, Edwards suggests,

God in his providence was pleased thus to show the emptiness and vanity of the creature by suffering the insufficiency of the highest and most glorious of all creatures, the head and crown of the whole creation, to appear by his sudden fall from his glorious height into the lowest depth of hatefulness, deformity and misery. [13]

God’s grand design was to demonstrate the “creature’s emptiness in itself,” and then to “fill it with himself in an eternal, unalterable fullness and glory.” [14] We can rest assured that the final punishment of the devils is certain. God will pour out His righteous wrath on them for their proud rebellion in the courts of heaven. According to Edwards, God condemns demons “to that same disposition which they exercised when they fell, and by that means makes them forever a procuring their own misery; and this is a misery they are plunged into as a punishment of their first rebellion.” [15] Edwards believed that Satan’s end, in utter opposition to the glory of God, will ultimately contribute more to the glory of God and will be the “occasion of abundance of misery to the devil; he revenges upon himself: it will occasion the bringing on the consummation of his punishment at the day of judgment; he does as it were pull it down on his own head.” [16] All Christians of all ages can rejoice in this glorious truth:

Editors’ note: This article was originally published in Tabletalk Magazine. 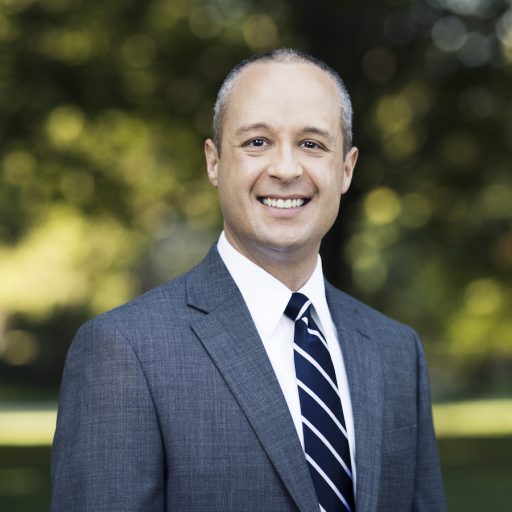 Benge came to Southern from Union School of Theology in the United Kingdom, where he served as provost and professor of church history. He is author of many articles and several books, including The Loveliest Place: The Beauty and Glory of the Church and The American Puritans. Benge has served in itinerant preaching and pastoral ministry for 26 years, and currently travels extensively to preach in churches and conferences. He and his wife, Molli, live in Louisville, Kentucky.