Many obstacles stand in the way of Muslims coming to faith in Jesus—theological confusion and the cost of conversion being two of the most daunting.

The history of Islam and Christianity is hardly an amiable one. Many people from both religions view the other with suspicion (at best) or fear and hatred (at worst). This suspicion existed from day one, and centuries of violence have only served to heighten it. Tragically, the border between Christianity and Islam has all too often been a bloody one.

A dicey past, of course, makes for a dicey present. But it isn’t just our history that transforms the border between Christians and Muslims into a dangerous fault line. A lot also rests on uninformed misconceptions. There are, of course, substantive theological differences between the two religions. And these differences can lead to legitimate conflict. But conversations can’t move forward unless we dispel some pervasive myths. I learned these the hard way, through dozens of awkward and often painful conversations with Muslims in Southeast Asia. You can do what I never could—learn from my mistakes without actually making them.

Many obstacles stand in the way of Muslims coming to faith in Jesus—theological confusion and the cost of conversion being two of the most daunting. And of course the most common reason why Muslims are not coming to Christ is that most have simply never heard the gospel.

This one took me by surprise. I knew that the doctrine of the Trinity was difficult for Muslims (as it is for most Christians). But I never fully realized how badly Muslims misunderstood it and how offensive it was to them.

Several Muslims asked me how I could believe that God could have had sex with the Virgin Mary to conceive Jesus. Christians are blasphemous, I was told, because they worship three gods: god the father, god the son, and god the mother. This was news to me, of course, so I asked where they learned it. They told me: from their local imam, the Muslim religious leader.

Of course, Christians find this depiction of the Trinity just as offensive as Muslims do. And this is a good place to start. The idea of Jesus as a result of copulation between God and Mary is blasphemous, and we should feel free to express our disgust and outrage at the “trinity” as it is thus wrongfully described. Monotheism is central to Christianity, just as it is to Islam. So Christians can wholeheartedly agree with Muslims that there is only one God worthy of worship. Our conception of him is dramatically different…but the offense here is usually misplaced.

MTV was huge in the part of the world I lived. Western music videos frequently featured rap stars or scantily clad women wearing crosses. My Muslim friends assumed, naturally enough, that these were Christians and that their behavior was typical of Christians.

I was once even asked by one of my friends, a Muslim college student, if I would throw her a “Christian” birthday party. When I asked what she meant, she replied that she wanted a party with a lot of booze and racy dancing, just like she had seen on television. Misunderstandings like hers, sadly, are the norm and not the exception.

Many Muslims will not even consider the gospel because they know (correctly) that such behavior is offensive to God. You can leverage this for your advantage, though. When Muslims find out you are not that way, they will want to know what makes you different. This is your opportunity to explain to them what a living faith in Christ is all about.

3. “The west” and “the church” are synonymous

“Separation of church and state” is part of the cultural fabric of Westerners. Muslims, however, do not understand such a distinction. Islam is, in its very nature, a political entity, replete with numerous societal codes. There is no parallel Muslim concept of the “separation of mosque and state.” So whenMuslims look at Western nations like the USA, Germany, France, or the UK, they see “Christian countries.” Our presidents are assumed to be Christian leaders, and our political policies are assumed to be reflective of church policy. What the US does, the Church does. I was once asked, for instance, why “the Church” bombed Iraq.

To engage Muslims with the gospel, you must delineate these two entities. And you’ll probably have to, in many situations, put your patriotism aside. If you want to be an advocate for American policies, you likely will not gain much of an audience for the gospel. There is a place for discussion of both, but we each have only enough bandwidth to represent a certain number of issues, and to me (as a representative of the church) it is simply not worth it to sacrifice a gospel platform for the sake of defending American political decisions. I was recently told by a Turkish Muslim that “all of the problems in the world are caused by America.” Do I agree with him? No. But is this where I want to stand my ground? No. For the sake of the gospel, our patriotism must die when we serve in Muslim countries.

As we often say at our church, the gospel is offensive. Nothing else should be. Since so much of our message strikes Muslims as off-putting, we need to equip ourselves to dispel the false offenses of Christianity. Only then can the life-giving offense of the cross shine as it should.

When the average Westerner hears “Muslim,” a number of images come to mind—mostly negative. But most Muslims would be just as horrified as we are at the assumptions entertained about them. In my next post, I will discuss three of the most common misconceptions that Westerners have about Muslims. 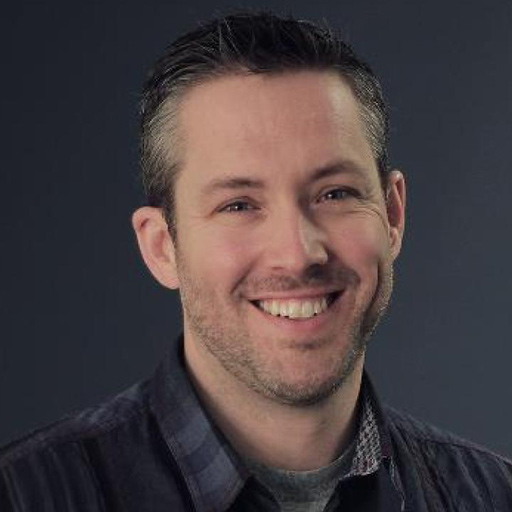