Trying to come up with 5 of my favorite apologetics books is like asking me to name my 5 favorite moments as a University of Kentucky sports fan. 1998 National Championship? Yes, but 1996 was a lot fun too. 2012 Title team? Ok, but beating #1 LSU in football was right at the top as well (yes, I’m one of those strange folks thatloves Kentucky football). Mardi Gras Miracle? That was amazing. 1992 against Duke? GET BEHIND ME SATAN!

Naturally I’m going to leave off something that two weeks from now that will, in the words of Gob Bluth, make me say, “COME ON!” but to the best of my ability I offer my 5 favorite apologetics books, in no particular order. The following are my 5 favorite,not the 5 most seminal works of apologetics. That would be a demonstrably different list. Take these as you wish:

This work is, for me, very personal. I had a huge faith crisis in college and Lewis provided a lifeboat for me in a way that, frankly, saved me from abandoning the faith. Certainly, it has its issues (what work doesn’t?). But the enduring quality of the work shows its fruits. To this day I can still place it in the hand of a seeking unbeliever and he’s intrigued by Lewis. That speaks volumes.

2. The Reason for God by Tim Keller

In many ways, this is Mere Christianity 2.0. Keller tackles some of the toughest questions Christians face in addition to giving reasons for the faith once delivered to all the saints. The section where he explores the nature of doubt—and why both the Christian and skeptic must wrestle with it—was very helpful. If you can get your hands on the DVD they made as a companion for this, do it. It’s also really informative.

This sucker is massive. But it is also very, very good. Groothius, like a season apologist and writer, works through preliminary discussions, the case for Theism, and her objections. It is comprehensive while being accessible. That is not easily done.

4. A History of Apologetics by Avery Cardinal Dulles

This is a sweeping history of apologetics, spanning the new testament to the 20th century. It is very well written, succinct, and covers the necessary material needed to give an overview of apologetics. While Dulles is Roman Catholic, he covers the most significant Protestants.

I’ve tried—and failed—on three occasions to slog through Taylor’s A Secular Age. I read Smith’s book (which is more of a guide than a commentary) and immediately knew this was going to be a work I would return to time and again. I have read it twice, and suspect I’ll read it again very soon. The book is more than just about Taylor’s work, it’s about what it means to witness in a secular age. It is a two way conversation in a sense. The questions asked, says Smith, teach us how to engage a secular age, but it also shows us where Christians may believe just like “exclusive humanists” (read: secularists). It is a book for both Christians and non-Christians alike. That’s a good book.

Bryan Baise is Assistant Professor of Worldview and Apologetics at Boyce College and The Southern Baptist Theological Seminary, where he is completing a Ph.D. in Philosophy. Follow Bryan on Twitter.

This post originally appeared at the Lifeway Church Leaders blog. 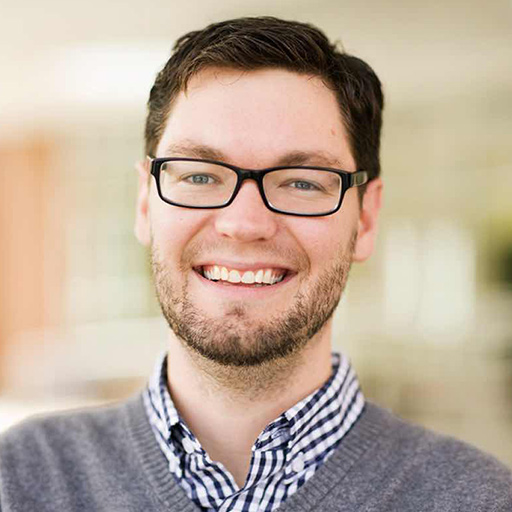 Assistant Professor of Philosophy and Apologetics

Baise has served in various capacities before coming to Boyce. He was a college pastor for an upstart church plant before moving to Louisville and has preached in various churches and revivals across Kentuckiana. Baise has served on an editorial staff, as a research assistant, teaching assistant, and currently as a research fellow with The Ethics and Religious Liberty Commission. He also speaks at various conferences on philosophy, worldview, apologetics, and has participated in several debates on college campuses. His interests range from philosophy, politics, aesthetics, pop culture, and, most assuredly, sports. He is married with three children.